This Custom Yamaha XS650 Is A British Inspired Classic 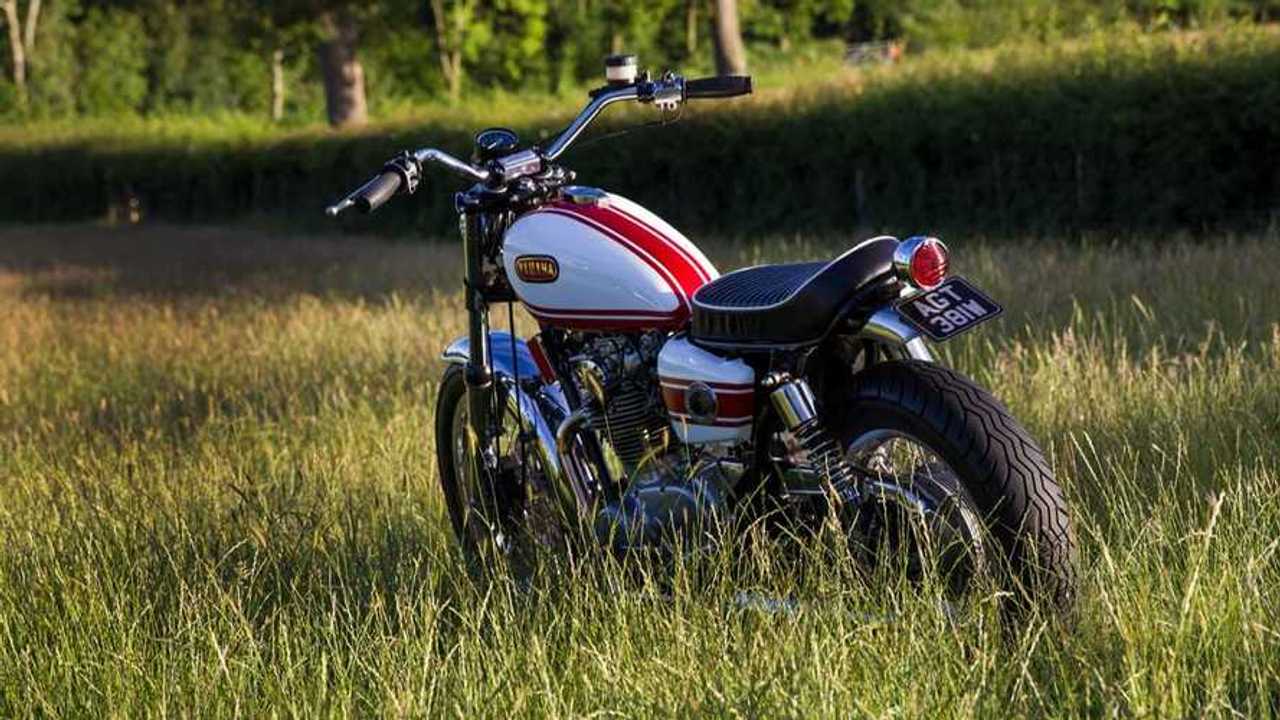 A mish mash of parts that seamlessly mesh together.

The Yamaha XS650 is considered by many as the Japanese motorcycle manufacturer's answer to the massively popular British bikes of the 60s. Dominated mostly by the likes of Triumph, Norton, and Vincent, the then-fledgling Japanese companies were eager to make it into the big leagues. As it would turn out, the Yamaha XS650, with its robust frame and punchy 650cc parallel twin engine, was a huge success. So much so that the British wannabe remained in production for the better part of sixteen years.

Alas, having a production run of a decade and half, it goes without saying that decent examples of  the XS650 remain to be in abundance to this day. In fact, it has made quite a name for itself in the custom scene, being the bike of choice for many builders. Such is the case for Hoxton Moto, a film company specializing in motorcycle content, whose owners just so happen to have an undying passion for building and modifying motorcycles.

At first glance, this Yamaha XS650 could be mistaken as a full restored classic, not bearing too many modifications. However, a trained eye would be able to notice a few key nuances that set this gorgeous bike apart. For starters, the bike now sports a set of riser handlebars sourced from a US-spec Triumph, giving the bike a more relaxed, upright stance. The stock XS650 silencers were also done away with, in favor of a pair of Royal Enfield Bullit mufflers which complement the overall design rather tastefully.

After undergoing a thorough paint job in a very cool-to-the-eyes white and red color scheme, the XS650's parallel twin was given a do-over after it was discovered that the bike was burning oil. Refreshing the engine entailed a set of new piston rings, valve seals, and gaskets. To finish it all off, the bike was given a total rewire, tucking away the unsightly slew of wires, and giving the machine a very clean look.

Hoxton Moto's custom Yamaha XS650 is a testament to the fact that custom builds need not be extremely radical in order to be worthy of praise. In fact, builds like these tend to catch my fancy more and more these days, simply because achieving such a seamless and close-to-factory aesthetic requires so much more attention to detail.