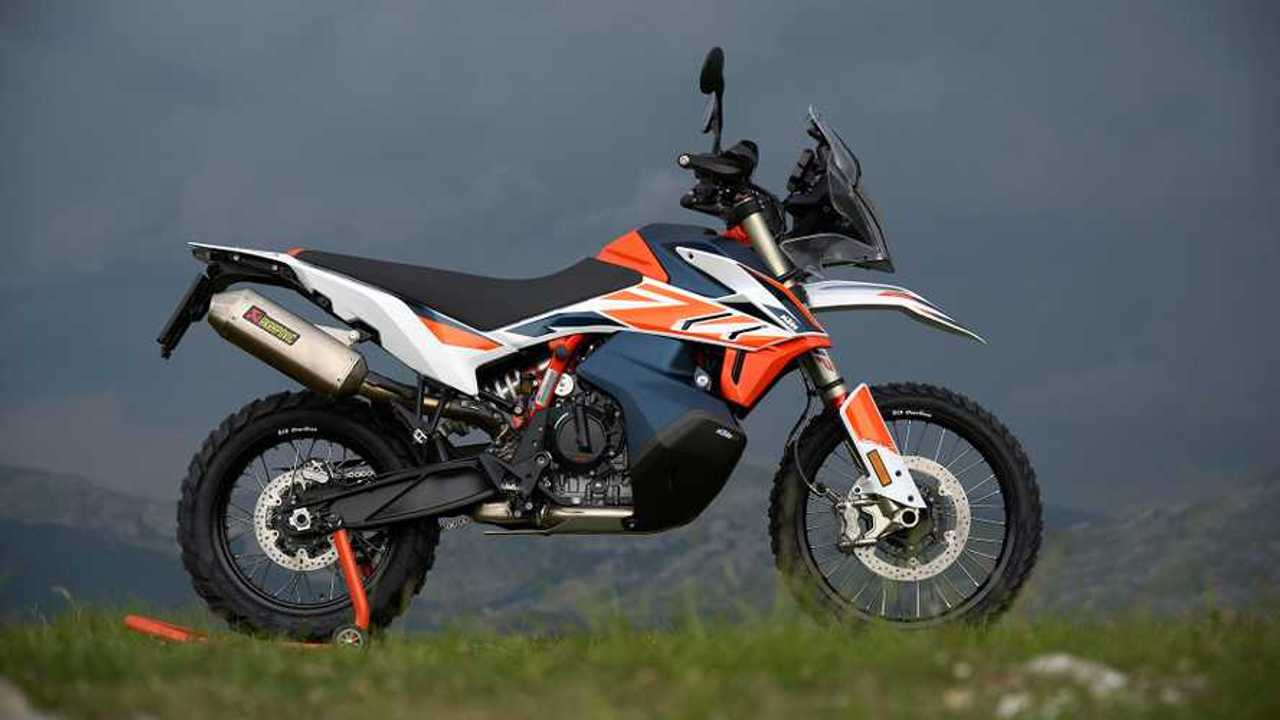 We’ve been talking about a KTM-powered CFMoto adventure for almost a year now. Already at the beginning of 2020, rumors that the Chinese maker would come out with its version of the 790 Adventure started making the rounds after a test mule was spotted out on the road.

KTM recently confirmed the rumor during an investors’ presentation, and added that CFMoto would also be the only KTM distributor in China. The new CFMoto mid-size adventure, dubbed MT800, was supposed to enter production in September, but the bike has yet to debut. The new bike’s introduction is pushed back to “early 2021”, likely due to the pandemic.

Instead, yet another test mule was spotted and, though it’s wrapped up in funky camo, the bike looks just about ready for production. The spy shots reveal that the new MT combines a few stylistic cues from well-known adventures. The design looks like an amalgamation of a slimmed-down Multistrada with the Triumph Tiger 900’s headlight. Even in camo, the bike looks pretty sharp.

The test mule is equipped with auxiliary lighting, a sump plate, a set of hard luggage, wire-spoke wheels, handguards, and a center stand. We can’t say for sure at this point whether the equipment will be standard or optional, but it at least suggests that these features are going to be available with the new bike.

Inside the frame, the MT800 is expected to be powered by KTM’s LC8, 799cc parallel-twin, rated at 94 horsepower (in the 790 Adventure), and 64.9 lb.-ft. of torque, though CFMoto is expected to tweak the output to give the engine its own character.

Other notable features on the test mule include asymmetrical wheels (19 and 17 inches according to Moto Station), inverted front fork, rear monoshock, and dual brake discs at the front wheel. Considering the CFMoto MT800 is expected to become available in 2021, we can hope the maker will launch the model before the end of the year.