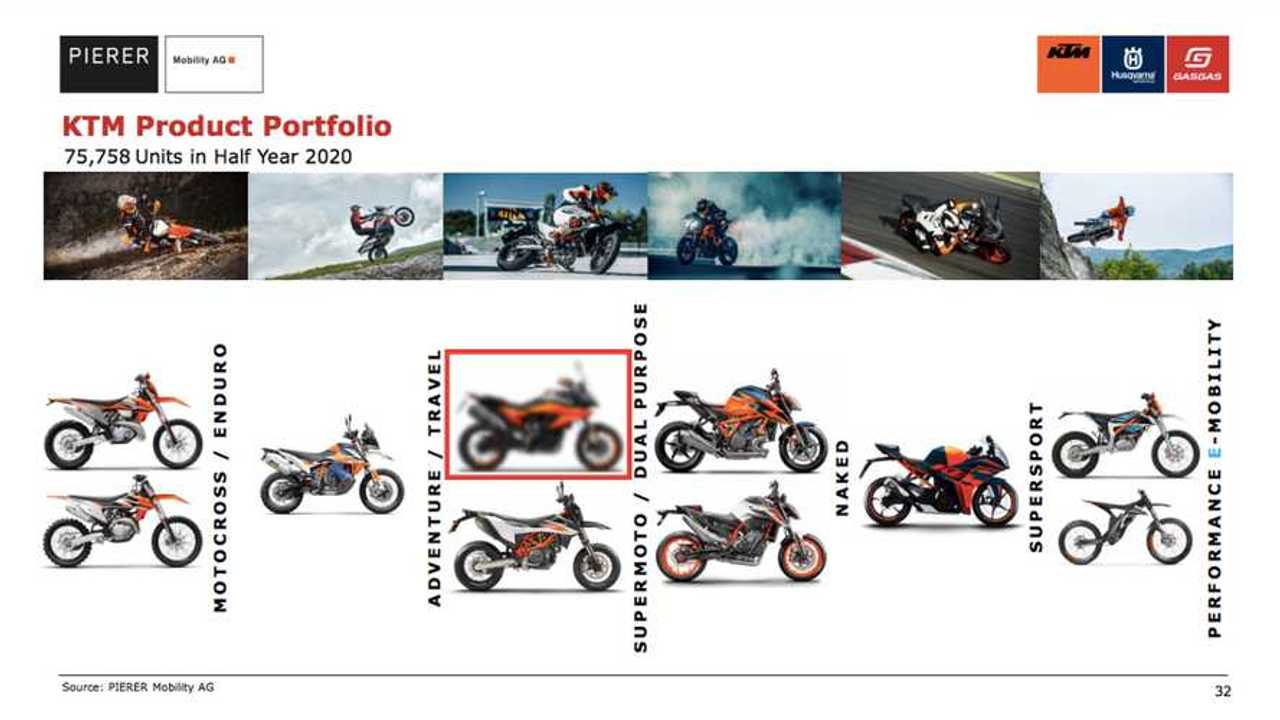 Like many European manufacturers looking to break into Indian and Asian markets, Pierer Mobility secured partnerships with two local giants—Bajaj and CFMoto—to help with the expansion of the KTM and Husqvarna brands in Asia.

While the agreement with Indian giant Bajaj will notably include the development of electric products (at least for now), the joint-venture with Hangzhou’s CFMoto currently revolves around the development of mid-size, twin-cylinder platforms.

In a recent investors’ presentation covering the first half of 2020, Pierer Morgan revealed more details about the partnership with CFMoto. The presentation not only confirms that the Chinese giant will be the only authorized KTM products’ distributor in China but also that the first model to result from the two groups’ collaboration will be the long-awaited CFMoto MT800 adventure-touring bike. The new adv is expected to use KTM’s mid-size parallel-twin, likely the 790 version rather than the 890, and is set to launch early in 2021.

Pierer Mobility also states that it plans to increase its level of collaboration with CFMoto, notably by developing an entirely new range of 750cc motorcycles including the 750 Duke, 750 Adventure, and 750 Supermoto T. Don’t worry, these won’t be Chinese exclusivities, the document states the groups are planning to launch the models globally. The Austrian group didn’t confirm any timeline for the introduction of the new lineup

There’s very little information available about the new models but based on the bullet points regarding the KTM-CFMoto partnership, we can assume all three models will run on a 750cc (or so) parallel-twin and will potentially get CFMoto-branded counterparts destined for the Chinese market.

Under the “KTM Product Portfolio”, we also notice a blurred-out model in the brand’s Supermoto and Dual-Sport section. This could either be the 790 SMC or the 890 dual-sport-ish model that we spotted being tested last year. With the introduction of the 790 Adventure R and the 890 Duke R in 2019 and knowing that Team Orange takes full advantage of its different platforms, this suggests we should expect a new 790 or 890 model soon—I mean, there are only four months left to the year so the clock is ticking!