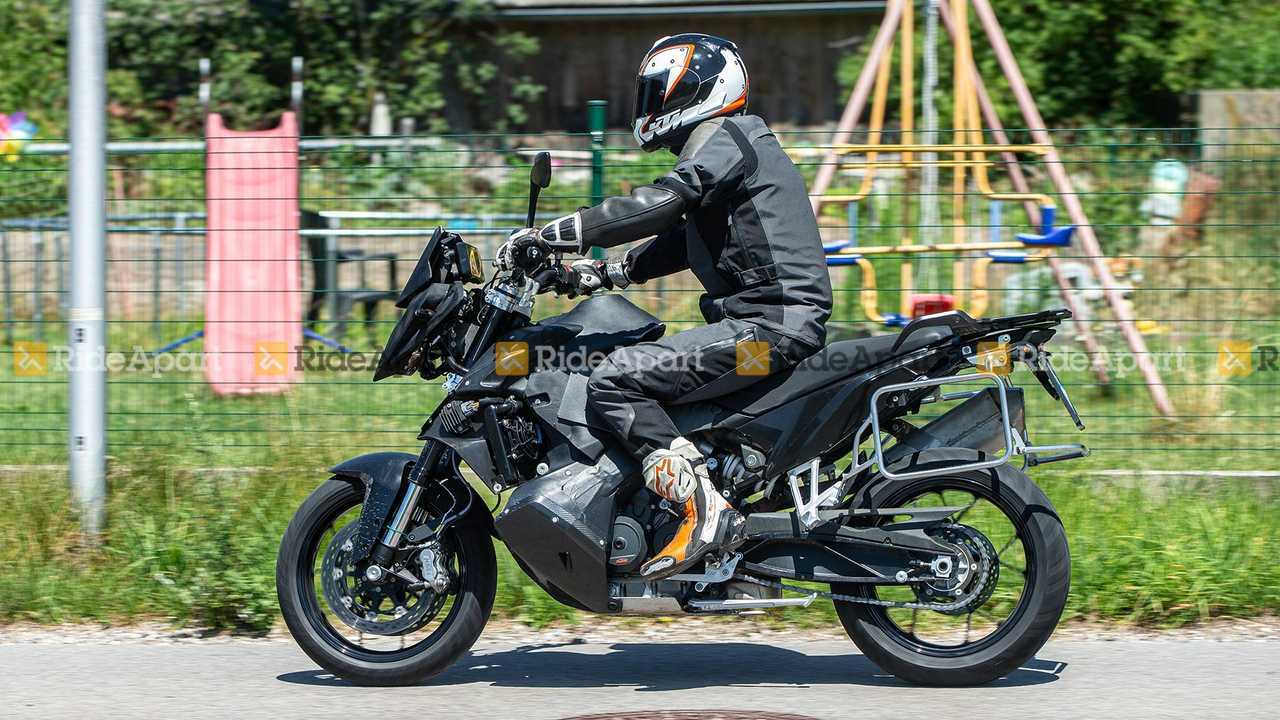 The rumor that KTM is developing a new 890 mill isn’t new—since the beginning of 2019, the word has been spreading that the Orange brand was working on a new engine. The brand’s CEO himself let slip that his team was, in fact, working on it.

New KTMs In The Works:

The new engine was recently spotted in the frame of a 790 Duke, as reported by MoreBikes and a number of other sources. Now, to feed more fuel to the rumor mill, a KTM supermoto running on the new middleweight engine is being tested. In fact, a modified 790 Adventure has been spotted testing the 890 mill.

Some sources suggest that the 890 will replace the 790 in the KTM lineup—a theory I can’t wrap my head around. The 790 is a (relatively) new mill and KTM’s first parallel twin, introduced in 2018 in the Duke, followed in 2019 by the 790 Adventure. A 790 SMC supermoto was even spotted out and about back in June using the 799cc twin engine. A meager two-year lifespan for a new block doesn’t seem to make much sense.

The more logical theory at this point is to suggest that the company will add a mid-range player to its lineup. This isn’t such a farfetched theory considering the manufacturer does offer a wide selection of enduros and adventurers separated by 100-cc increments. The fact that the new engine is being tested in the frame of the 790s is a possible indication that the two lineups are likely to share the platforms. According to the spy shots, the 890 will also be a parallel twin, so the frames of the bikes won’t require dramatic changes to accommodate the new engine.

Some believe the new KTM 890 engine will debut at EICMA either in Duke or in Supermoto form—or both! The new mill would allow the Orange brand to play the same field as Ducati’s Hypermotard and Aprilia’s Dorsoduro. What do you think? Should KTM replace the 790 altogether or add the 890 in parallel?