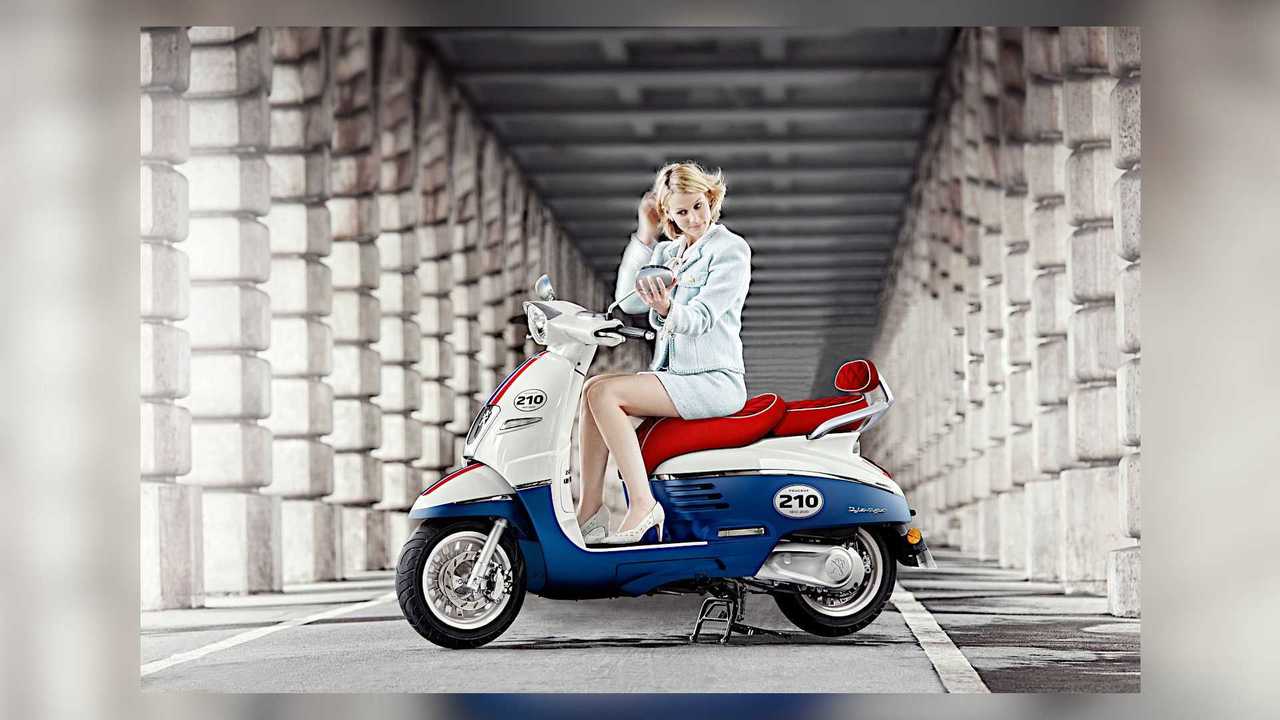 Did you know that Peugeot is turning 210 years young in 2020? To be fair, the company didn’t start making two-wheelers until 1896—but like many other OEMs you know and love today, it made other things before finding its way to that motorcycle life.

Prior to bikes and cars, Peugeot also made steel bands, saws, crinolines, coffee grinders, and pepper mills. While only some of these product lines have stood the test of time, and even though different arms of Peugeot might be under different ownership, the entire brand is happy to celebrate its 210th anniversary. After all, how many manufacturers can make that claim?

Thus, the special Peugeot Django 125 ABS 210th Anniversary Limited Edition scooter. Only 21 of these special scooters will ever be sold. The Django 125 is a modern version of Peugeot’s 50s-era S55 scooter, and this special livery features the French tricolor along with unique badges. It also gets a very nice diamond-stitched red saddle with contrasting white piping to add a little bit of style to your seat.

This Django 125—like all current Django 125s—is powered by an air-cooled, four-stroke single paired with a CVT for your twist-and-go scooter needs. Aidea, a company specializing in electric vehicles and enhancing the public’s love for motorcycles, is importing this scoot to Japan at a price of ¥ 437,800, or $4,145. It’s available from authorized Peugeot Motocycle dealerships throughout the country, but once those 21 units are gone, they’re gone.

If the Django 125 isn’t the scoot for you, don’t worry—Peugeot only started celebrating its 210th anniversary in September, 2020. That means there’s almost a whole year left to see what other two-wheeled anniversary versions may roll out around the world to celebrate. The newly redesigned Metropolis three-wheeler may have just come out, but who knows, maybe there’s even a special edition of it in the pipeline over the next year.

Mahindra Just Bought 100 Percent Of Peugeot Motorcycles
++
Got a tip for us? Email: tips@rideapart.com