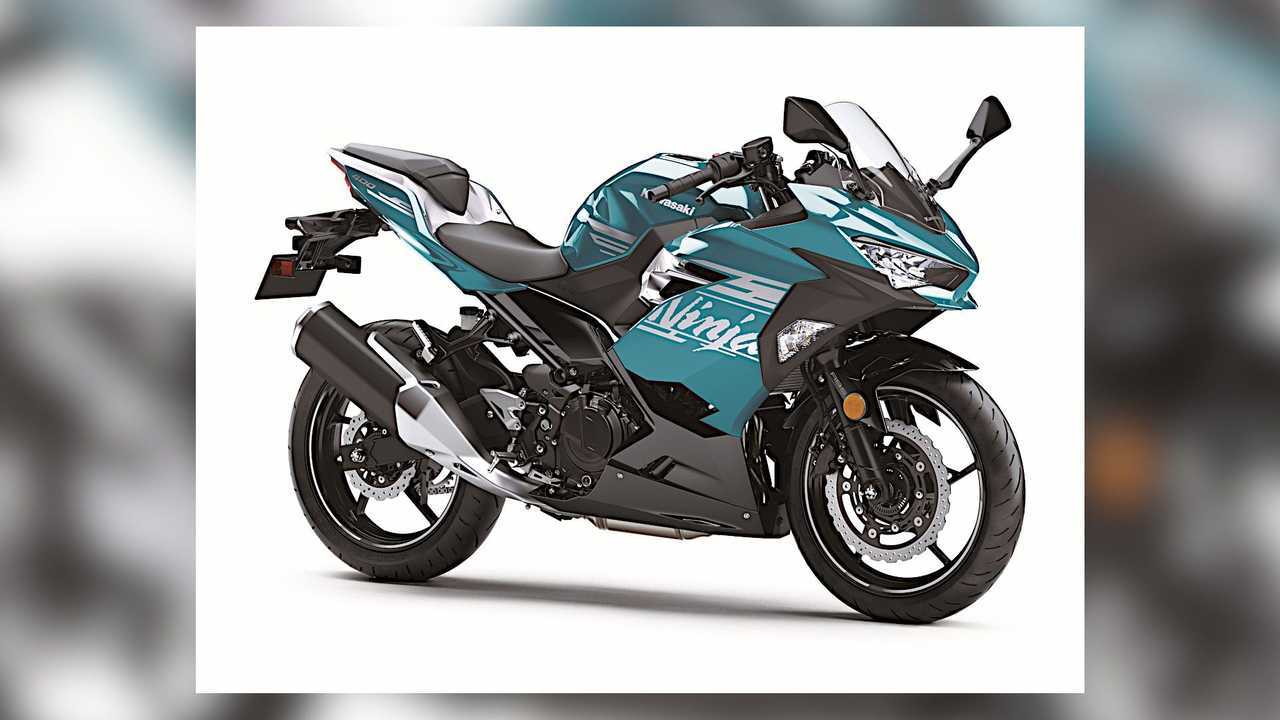 If teal makes you squeal, read on.

Back in June, 2020, information about the first bikes in Kawasaki’s 2021 lineup started rolling out. Since dirt is good any time of year (well, when it’s not under ice), first came the KLXs. Then came the KX motocrossers. In July, we found out that the Ninja 400 was getting a funky new turquoise color scheme in some markets.

Now that it’s September, the full lineup is here—and as Enrico mentioned when talking about the new Ninja 400 colors revealed at the Bangkok Motor Show, the overall color palette here isn’t super exciting. In fact, I haven’t gone through and counted, but it seems like Team Green is markedly less green than it has been in the past. (Did 2020 have to drain the life out of everything? Sheesh.)

Speaking of That Turquoise, it turns out that it’s not just a Ninja 400 color for 2021—the Ninja ZX-6R, Ninja 650, Z125 Pro, and Z400 ABS get it, as well. The Ninja 400 gets what is clearly the most ‘90s throwback implementation of that turquoise, though. It’s not just the paint; it’s the graphics, too. In a way, it’s a bit retro—just perhaps not the typical sort of styling we think of when we think about modern retro-bike trends. Is Kawasaki starting a ‘90s retro revival trend of its own? I don’t know that I’d go that far, but this also could be a cautious toe-dip into the era where Charlotte Hornets-emblazoned Starter jackets roamed the land. Maybe. Or not.

Anyway, if you’re looking for a new Kawi, you’ll be happy to know that the following bikes are all back in the U.S. market for 2021: