Back in black...and orange.

Supermoto isn’t dead. At least KTM doesn’t think so. While the segment peaked in 2009, team orange steadfastly supported the sport through the years. Aside from the Suzuki DR-Z400SM, the Austrian manufacturer kept Supermoto models in its lineup and practically cornered the market with its 690 SMC R and Husqvarna range. After a 7-year hiatus, the “Ready to Race” brand is bringing back its thoroughbred racer for 2021—the KTM 450 SMR.

Based on the decorated 450 SX-F motocross and supercross platform, the SMR benefits from technological advances during its absence and gains some track-specific trinkets. The four-stroke, liquid-cooled 450cc single pumps out a staggering 63 horsepower and weighs less than 60 pounds. The long 100-hour service intervals are almost more impressive than the power figures, as competition motors typically require constant maintenance.

Once riders hit the tip-in point, the 48mm air type WP XACT front end should help the 450 SMR flick through hairpins and chicanes. The fully adjustable WP XACT rear shock should also help to soak up the off-road sections while providing superior support on the tarmac. With a 17-inch wheel out back, a smaller 16.5-inch hoop up front, and Bridgestone Battlax racing slicks, the competition-spec Supermoto will easily carve up your local circuit.

If your race series takes you to multiple tracks, the 450 SMR’s swingarm enables racers to adjust the wheelbase for feel and stability of different raceways. Owners can also position the handlebars in three different settings for more relaxed or aggressive ergonomics. If you’re planning on ripping up the course with the 450 SMR, you’re going to need brakes, and Brembo calipers mated to a 310mm wavy rotor at the front and a 220mm wavy rotor in the rear provide more than enough stopping power.

Thanks to the vaunted race mill and a slew of trick components, the KTM 450 SMR is back and better than ever. Available in November 2020 and retailing at $11,299, the race-spec Supermoto isn’t cheap but there’s ample technology and performance to justify the price. The segment may be past its peak but KTM’s 450 SMR proves that Supermoto definitely isn’t dead.

The Best Moto Is Supermoto: 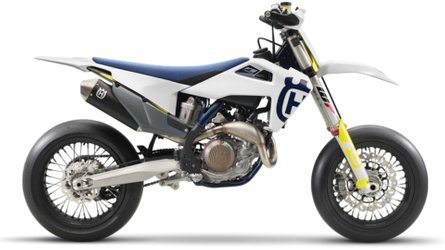 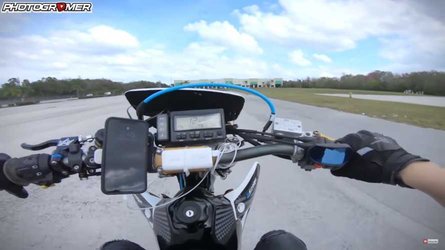