Vespa Kobe Bryant Tribute Being Auctioned Off For A Good Cause 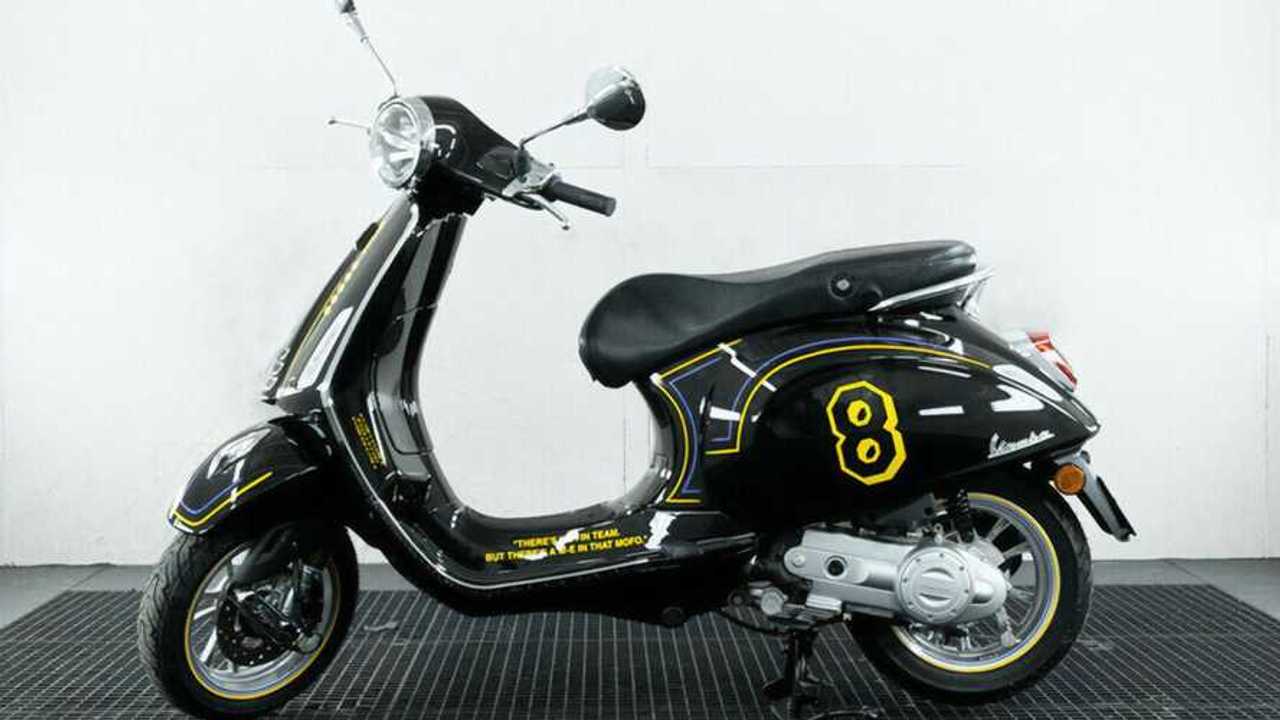 This Primavera is located in Germany, but it looks like you don't have to be.

Way back in January, 2020, the world sadly lost five-time NBA champion and motorcyclist Kobe Bryant in a helicopter crash near Calabasas, California. His daughter Gianna and seven others also perished in that crash, and although time has passed, their families will miss them forever. For those unaware, Bryant was all about giving back in time, talent, and funding to support his daughter and other girls reaching for their basketball dreams. Now, German sneaker and streetwear retailer Kickz is auctioning off a one-of-a-kind tribute Vespa Primavera 50 to raise funds to support the all-female Basketball Center of Opladen.

Kickz teamed up with WNBA player and LA Sparks center Marie Gülich on this auction, from which 100 percent of proceeds will benefit girls achieving their basketball goals. The BCO is where Gülich trained as a teenager prior to her WNBA career.

The Primavera features hand-painted, hand-crafted everything. The Lakers jersey colors of black, purple, and gold wash over the surface, and the saddle is made of imitation snakeskin—after all, it’s called the Mamba Edition for a reason. Two chrome badges in Vespa lettering that say “Mamba” and “Kickz” adorn the scoot. Other references to Bryant’s basketball career are details painted on various panels of the finished scoot.

The auction runs through August 31, 2020 on eBay Germany, and bidding is up to 5,150 Euros (about $6,091) at the time of writing. Shipping outside Germany is hinted at in the text of the listing, which reads “Shipping disclaimer: If you bid for this scooter from a country other than Germany please be advised that shipping costs will have to be paid in full by the buyer.” However, if you scroll back up to the auction details, it appears that it’s only set to ship to Germany. Since Black Mamba has fans all over the globe, you may want to reach out to Kickz to clarify that you’ll be able to have it shipped to you before placing any bids from outside Germany.

This Vespa Primavera Collab With Sean Wotherspoon Is So Bright
++
Got a tip for us? Email: tips@rideapart.com