This Vespa Primavera Collab With Sean Wotherspoon Is So Bright 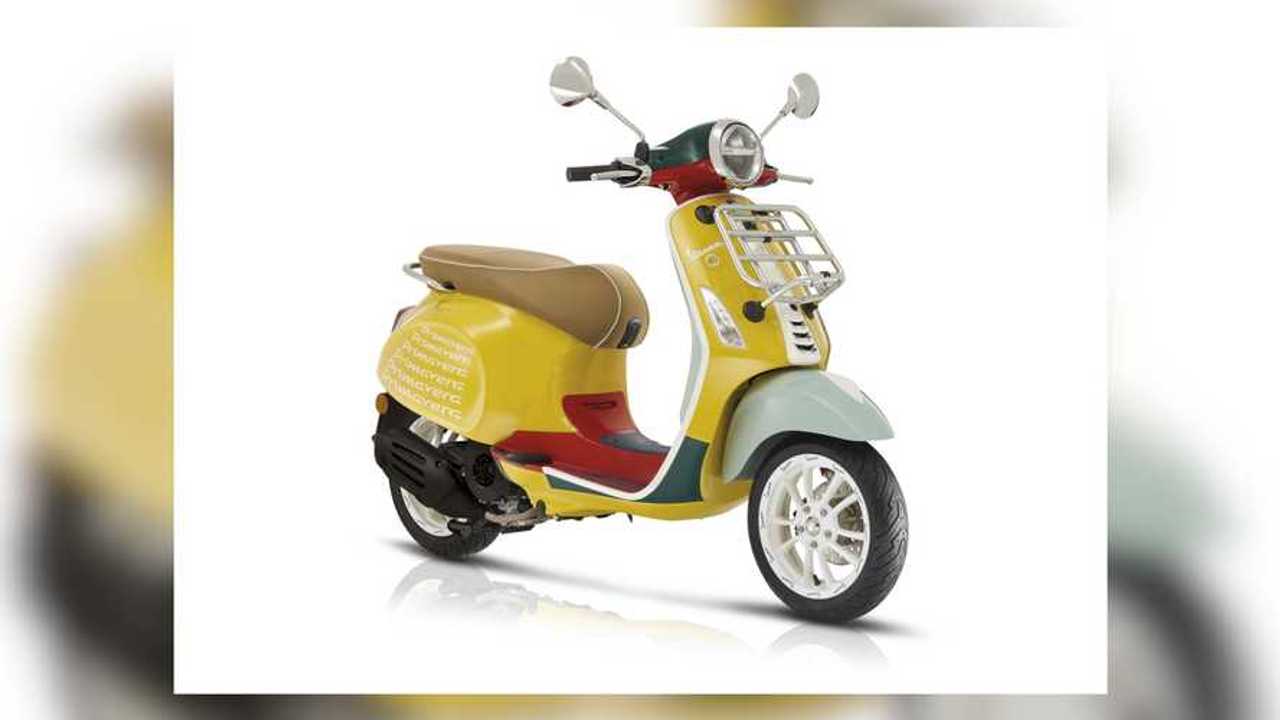 Back in September, 2019, we first told you about Vespa’s upcoming collaboration with streetwear superstar Sean Wotherspoon. At the time, all we could guess about how it would look was that it would be a vibrant explosion of color. For those unfamiliar with the name, Wotherspoon started out as a sneakerhead and streetwear collector before he moved into designing his own. Naturally, he had a rich visual palette of inspiration to draw from, since he’d steeped in the artistic language of his obsession for years by that point.

In June, 2020, the Vespa x Sean Wotherspoon Primavera and its incredibly sunny disposition burst forth into the world. It’s now in showrooms all over Italy—and all over the world, in fact—and you can find more information about price, availability, and displacement on your country’s Vespa website. In Italy, for example, it’s a Primavera 125, but in the U.S., you can get it as either a 50 or a 150. Same graphics, different displacements (and accompanying prices) to suit both the market and your whim, if you’re in a region with a choice. In the U.S., the 50 is $4,399, while the 150 is $5,749.

It’s a colorblock festival of primary colors, with yellow as the main event. Blocks of brick red, forest green, and a seafoam green front fender add playfulness to the design, with white and chrome accents strewn here and there about the bike. A foldaway front chrome rack sits just below the headlight, and there’s a giant white Vespa logo on the left flank. Meanwhile, on the right flank, the word “Primavera” is printed over and over, from small to large, like an echo getting progressively louder. The season known as ‘spring’ might be over in the northern hemisphere, but a Primavera is for all seasons.

The seat is a nice tan color, of the kind that might look washed out on a more restrained scoot, but which only serves to offset and accent all the brightness of the colors Wotherspoon used in this design. White piping on the seat adds contrast and a sense of dimensionality, so even in photos, it looks like a tangible object and not something flat and forgettable.

Since Wotherspoon is, after all, a streetwear guy, and Vespa does love its fashion, there was no way there wouldn’t also be a capsule clothing collection to go along with the Primavera. The T-shirts are fine, but the clear star here is the bright, almost cartoony colorblock helmet. It’s a ¾ style lid, with chrome accents and a drop-down sun visor inside. I don’t know about you, but I’d take this Vespa fashion collab over the Vespa Dior one any day.