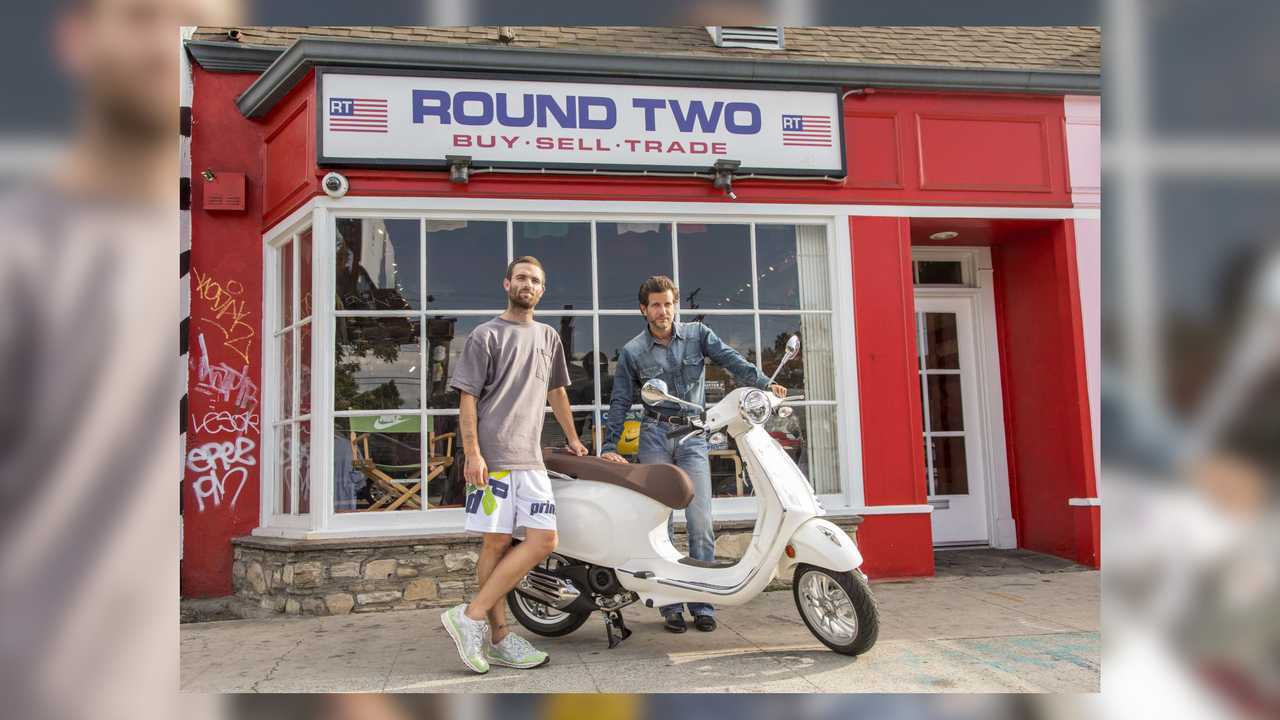 If you’re a sneakerhead, or you know a sneakerhead, chances are you know the name Sean Wotherspoon. He started out as a vintage collector of both streetwear and shoes, and then ended up opening his first location of Round Two to share some of his finds with the public before becoming a designer himself. The vintage men’s store now has five locations across the US, and it seems like it’s as much a part of who he is as breathing.

What stands out most about Wotherspoon is his genuine love for classic designs. That’s ultimately why his collaborations with Guess and especially Nike have so much love from fans. He’s a sneakerhead’s sneakerhead, if you will. Ssense referred to him as “a sustainable sneakerhead,” and that sensibility is something else he brings to every collab in which he’s involved.

It’s also why this new Vespa x Sean Wotherspoon collaboration is some math that makes sense. He’s not just some collector, happy to hoard his treasures where they’ll never see the light of day. He’s all about appreciation, in a hands-on way. Vespa prides itself on being both accessible and eminently collectible, and is currently bringing its vintage styling cues into the future. Yes, all of this makes total sense.

Wotherspoon opened his resale shops in order to sustain his habit of wanting to find classic, cool stuff wherever—but also to share all this cool stuff he’d found with the world in some way. In his personal collection, the man might have some insanely valuable pieces—but crucially, he also wears them. As someone who deeply respects it when classic, rare bikes get ridden as was originally intended, I can completely appreciate that mindset.

The Vespa x Sean Wotherspoon limited collection will premiere at EICMA 2019 in November, and will hit the streets around the globe in Spring 2020. A special, limited edition Vespa Primavera with matching helmet is planned, as well as an exclusive streetwear capsule collection. With Wotherspoon’s emphasis on plant-based materials (both his Nike and Guess sneaker collabs are completely vegan), it will be interesting to see how his sustainable collaboration with Vespa pans out.