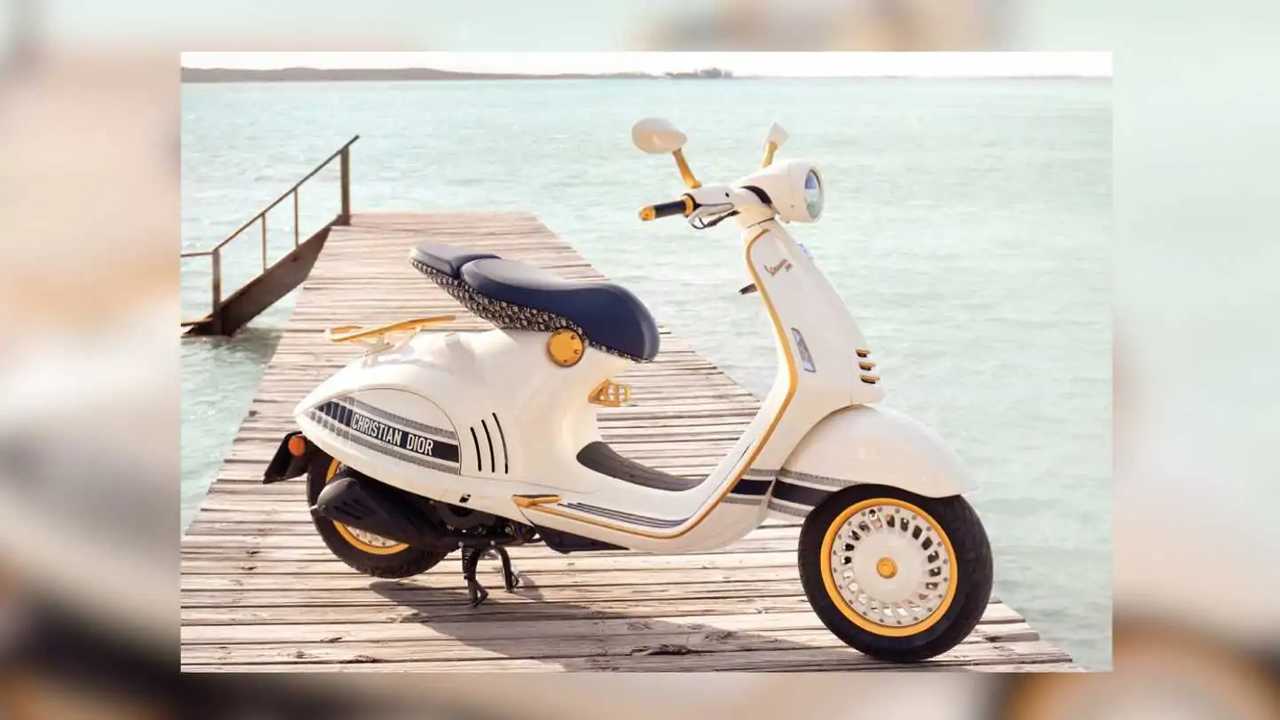 Two iconic brands in their own right, have partnered for a truly bespoke creation.

Vespa finds its roots exactly 74 years ago in Milan after the effects of World War II created a great need for personal mobility in Italy and the rest of Europe. Coincidentally, Parisian couture fashion powerhouse, Dior, was founded on the exact same day Vespa first opened its doors. 74 years hence, the two iconic companies, equally respected for their innovations in their respective industries, have teamed up to deliver a truly bespoke creation exuding style, fashion, and unmistakable character.

Pietro Beccari, Chairman and CEO of Christian Dior Couture expresses his excitement for the partnership, “This collaboration with Vespa pays tribute to the incomparable charms of the Italian Riviera which so fascinated Christian Dior in his time. The Dolce Vita lifestyle never ceased to infuse its elegant spirit into his haute couture models, a sun-drenched magic that today, more than ever, is perpetuated in the collections of Maria Grazia Chiuri. This special partnership between these two exceptional Houses in the name of passion, excellence and the art of living offers the chance to reaffirm the inspiring ties that unite Dior with Italian culture.”

Their joint press release entitled ‘Vespa 946 Christian Dior: Birth of a New Icon, An Ode To Joie De Vivre’, gives emphasis on the two companies’ colorful histories. Joie De Vivre translates to Zest for Life, and what better way to celebrate this than to release an exclusive, limited edition scooter with matching accessories and luggage? Based on Vespa’s iconic 946, the Vespa 946 Christian Dior comes in a very unique color scheme, as well as some really couture accessories such as a top case that follows the scooter’s seat design finished in the Dior Oblique motif. A helmet, as well as other pieces of hand held luggage adorned in the same motif are also available.

Michele Colaninno, CEO of the Immsi Group and Piaggio’s Chief of Product and Marketing Strategy stated “In these unprecedented times, it is great to be able to dream of a better future. The House of Dior opened its doors in 1946 in Paris, the same year that Vespa made its debut in Italy. This new Vespa 946 celebrates that anniversary and honors our heritage. Today, like yesterday, we have gone through a dark period and now we are joining forces to share some joie de vivre through a combination of style and craftsmanship. This partnership between Vespa and Dior represents a celebration of beauty.”