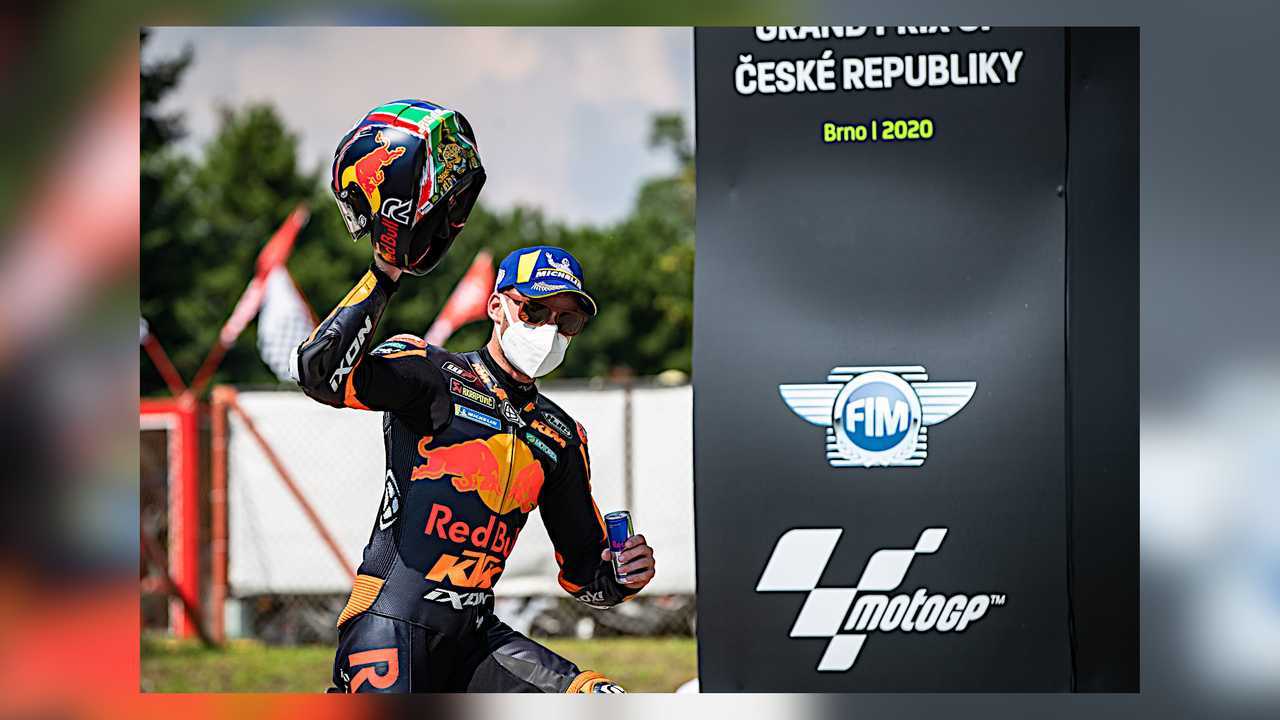 Red Bull KTM Factory Racing rookie Brad Binder just won his first-ever MotoGP race at the Czech GP in Brno—in only his third-ever premier-level race. The last time a rookie won a MotoGP race was Marc Márquez all the way back in 2013. For those who’ve been following Binder’s rise through Moto3 and Moto2 over past seasons, it’s something to be excited about indeed.

Granted, there’s currently no Marc Márquez on the grid—the injured defending world champ won’t be back until at least after the August 16, 2020, first round in Austria. (He hasn’t ruled out a return for Austria Round 2, however.) Still, who would have pictured a KTM taking the top spot—let alone one ridden by a rookie? Binder is now KTM’s first-ever MotoGP-winning rider, as well as the first-ever South African rider to ascend the top step of the podium.

“It hasn’t sunk in yet, I tell you that,” Binder told MotoGP.com. “Today was the most incredible day of my life so far. It’s that day I’ve dreamt of as a child and gosh, for it to come true in my third Grand Prix is scary. I can’t believe it. Since the day I started in the Red Bull Rookies Cup, it’s been a consistent grind to get here. And you know, I came through all the classes with Red Bull KTM and here we are on top and we finally won in MotoGP.”

Over at Motorsport Magazine, moto journo Mat Oxley has a deep-dive into both the KTM RC16’s pivotal steel chassis choice, as well as how Michelin’s 2020 rear slick tire is practically upending the balance of power on the current MotoGP grid. It’s clearly a potent combination of the right equipment and the right rider: Binder not only won, but finished with a dominant 5.266 second lead over Yamaha rider and Valentino Rossi protégé Franco Morbidelli, who finished second. Where was Fabio Quartararo? Having an astoundingly bad weekend and finishing in seventh.

This means that the KTM team is riding into a double-header at home in Austria for the next race weekend—and could there be a better way to do it? Maybe with a 1-2 finish, but we’re only three races into the season, so there’s time.

In Other MotoGP News: