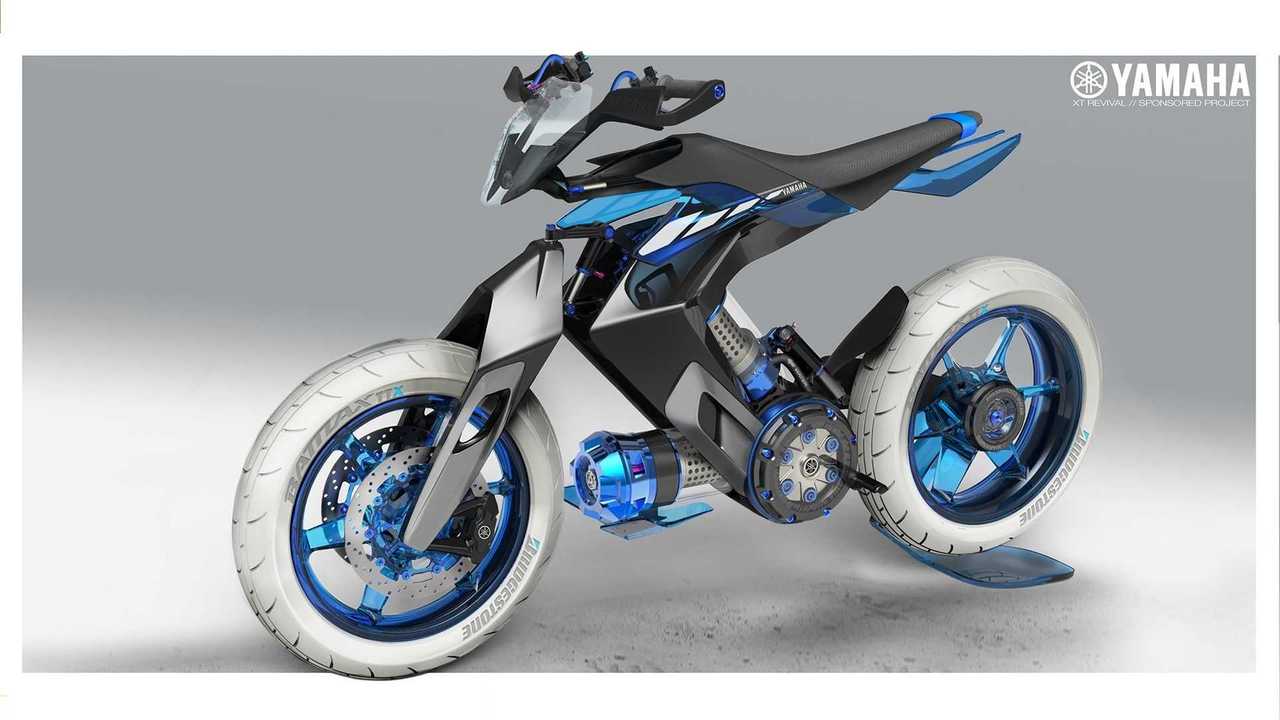 Mix water and dirt, and what do you get?

What will motorcycles look like five years from now? It’s a good bet that the industry will still be fascinated with reviving and updating designs of decades past. Design within niches tends to be cyclical; just ask anyone who’s paid even the tiniest amount of attention to clothes over the past 20 years or so. Just because the cycle is a little longer with motorbikes doesn’t mean it’s not there.

That said, industrial designer Maxime Lefebvre spent a lot of time re-imagining what a Yamaha XT 500 might look like in a few years’ time. Released in 1976, the original, well-loved enduro was designed by Shiro Nakamura to be a reliable, lightweight, basically bulletproof all-rounder. It came with a 21-inch front wheel and an 18-inch rear, shod in knobby tires that made it perfectly suited to that dual-sport life, and plenty of people loved it.

Back to Lefebvre, who took all this into consideration in 2016 when he started work on this project. This isn’t just an enthusiastic tribute on Lefebvre’s part, either, but a concept Yamaha commissioned. After going through three iterations, and plenty of meetings with Yamaha’s design team, Lefebvre decided on one he called “inexhaustible.”

Like the original, it would be lightweight, capable, and easy to maintain. The original was happy as long as you did basic maintenance and gave it some fuel. For 2025, Lefebvre surmised, why not switch the fuel over to a closed-loop H2O engine? It’s powered by a water pump that continually cycles water through, so it’s both environmentally friendly and economical for potential owners.

The concept visually accomplishes what Lefebvre set out to do, showing its XT 500 influence clearly on its sleeve, but modernizing it significantly in accordance with the design principles of the original. Will it wheelie just as well? Hopefully Yamaha builds at least a one-off concept version of this design so we can find out.

5 Concepts We Hope Make It To Production
++