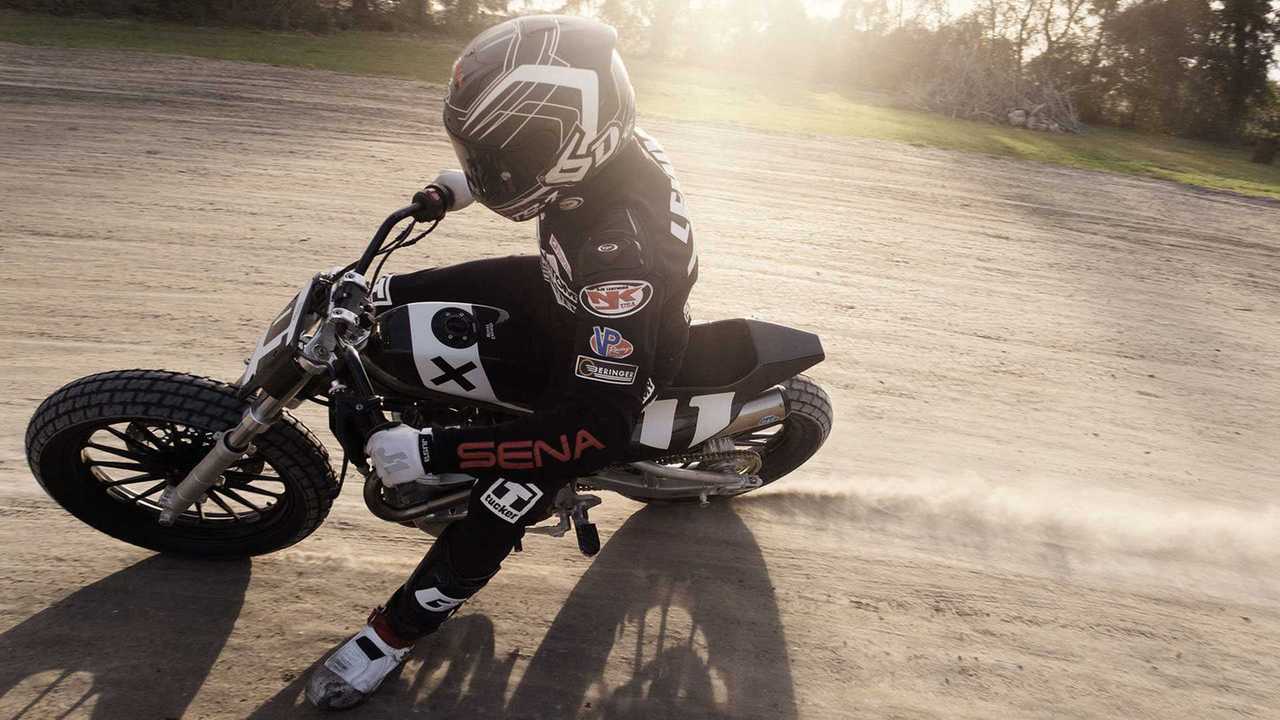 Update: Royal Enfield reached out to confirm that the FT Concept referred to in the press release will be based on the Interceptor 650 while the Himalayan-based FT411 will be used for the Slide School flat track lessons. The Twins class should have made that obvious but I apparently got too excited about the announcement to do the math. Mea culpa. -SG

We had a feeling it was coming but it’s finally official: Royal Enfield will compete in American Flat Track starting August, 2020. We say we had a feeling because, since the beginning of the year, the Indian manufacturer has been getting closer to the AFT. Not only did it teamed up with the AFT to put its lineup on display at racing events, but it also sponsored a female-only tracker-building competition and announced the Slide School 2020 curriculum.

On August 28 and 29, Royal Enfield will officially enter the AFT competition in the Production Twins class with a specially prepared Interceptor 650. Piloting Enfield’s first competition tracker will be AFT racer and Slide School instructor Johnny Lewis.

RE And The AFT:

The FT Concept was initially supposed to debut at the Daytona AFT in March, 2020. Of course, like most motorsport events on the calendar, the event was rescheduled due to the pandemic. In the meantime, Lewis got plenty of seating time on the FT concept to put the bike through its paces. Both him and the FT will be competition-ready for August.

“The Royal Enfield FT concept has already shown promise so far,” Lewis commented in a press release. “We’re already seeing great results from the motorcycle. The team at Harris Performance and Royal Enfield have done a great job with the chassis, and we’ve already begun working through small adjustments based on my feedback. With the way the schedule is shaping out with small tracks, we could surprise many people.”

Later in the season, the four lady builders slash riders of the Build Train Race program will hit the track with their modified Interceptor 650 alongside Lewis. You will be able to see them all in action at the Dixie Speedway event on October 2 and 3 and at the Daytona Beach on October 15 and 16.