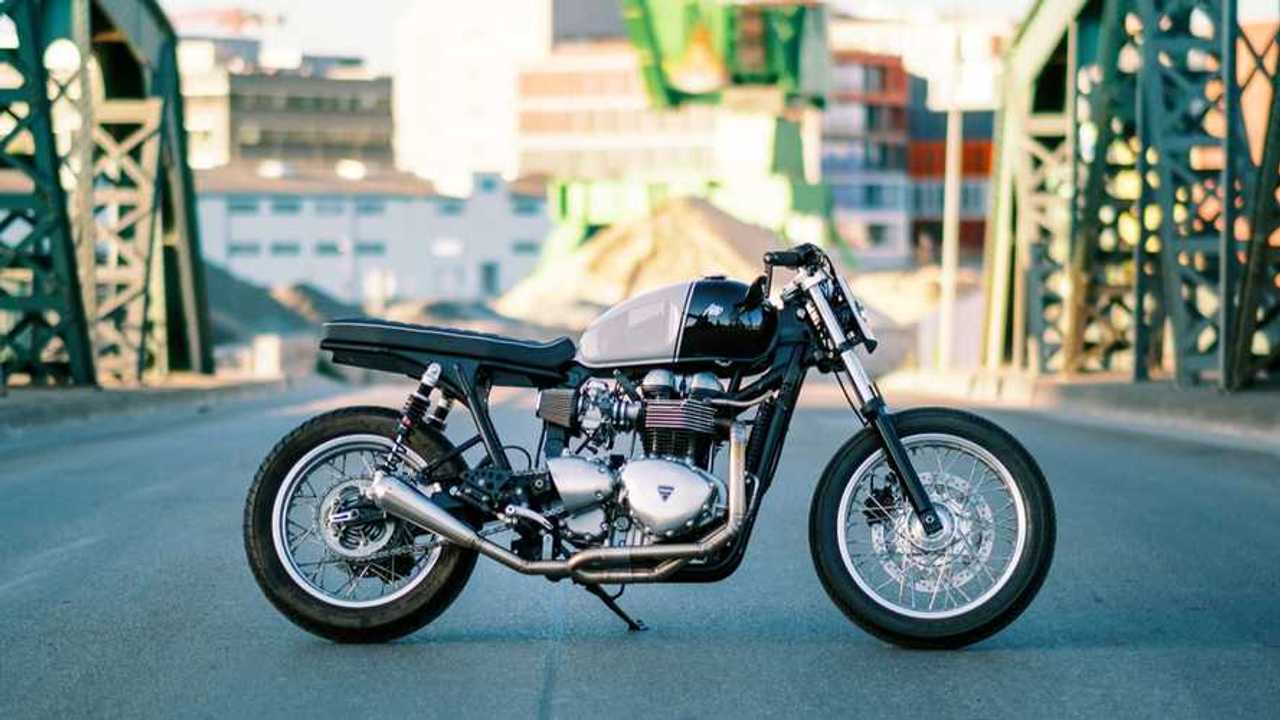 A punchy twin with stunning looks.

It goes without saying that Triumph makes some of the most beautiful bikes in the market today. With a rich heritage, there's definitely more to Triumph bikes than meets the eye. My personal favorite from the British marque would have to be the Thruxton. With its aggressive stying and beefy fuel tank, the bike gives off a menacing, muscular stance, that screams cafe racer. On top of that, the 865cc parallel twin with a 360-degree crank found on models like the one featured here, had quite an aggressive bark, especially when fitted with a freer flowing aftermarket exhaust.

As you can see, this particular Thruxton isn't your ordinary cafe racer. Yes, the bike looks stunning out of the factory, but father and son team, Allen and Michael Posenauer of AMP Motorcycles have given the bike a life of its own. The duo initially purchased the bike in October of last year as a hassle free daily commuter that looked the part. As is the case when any bike enthusiast gets a rather new bike, the two agreed that they'd keep the bike stock. Obviously, they couldn't have gone any further from the original plan. It all started when they decided to swap out the stock turn signals in favor of smaller, more low profile ones to give the tail a tidier look. After falling even more in love with the looks of the bike, as well as visualizing what the bike could become, their initial plan of keeping the bike stock flew out the window.

The modification process of the Thruxton involved more parts being thrown out, rather than parts being added to it. For starters, the ditched the body work at the tail of the bike, and replaced the seat with a flat seat, giving it a street tracker vibe. The headlight was swapped out for a stainless steel racing plate with an offset mounted headlight to further accentuate the street tracker look of the bike.

To top it all off, a custom exhaust system consisting of 2-to-1 headers finished off with an IXIL Ironhead muffler was fitted to give the 865cc twin even more bark. A subtle yet contrasting color scheme of black and silver was garnished onto the bike, giving it a classic, timeless look. Overall, their custom creation looks more aggressive and agile compared to the original muscular look of the bike.