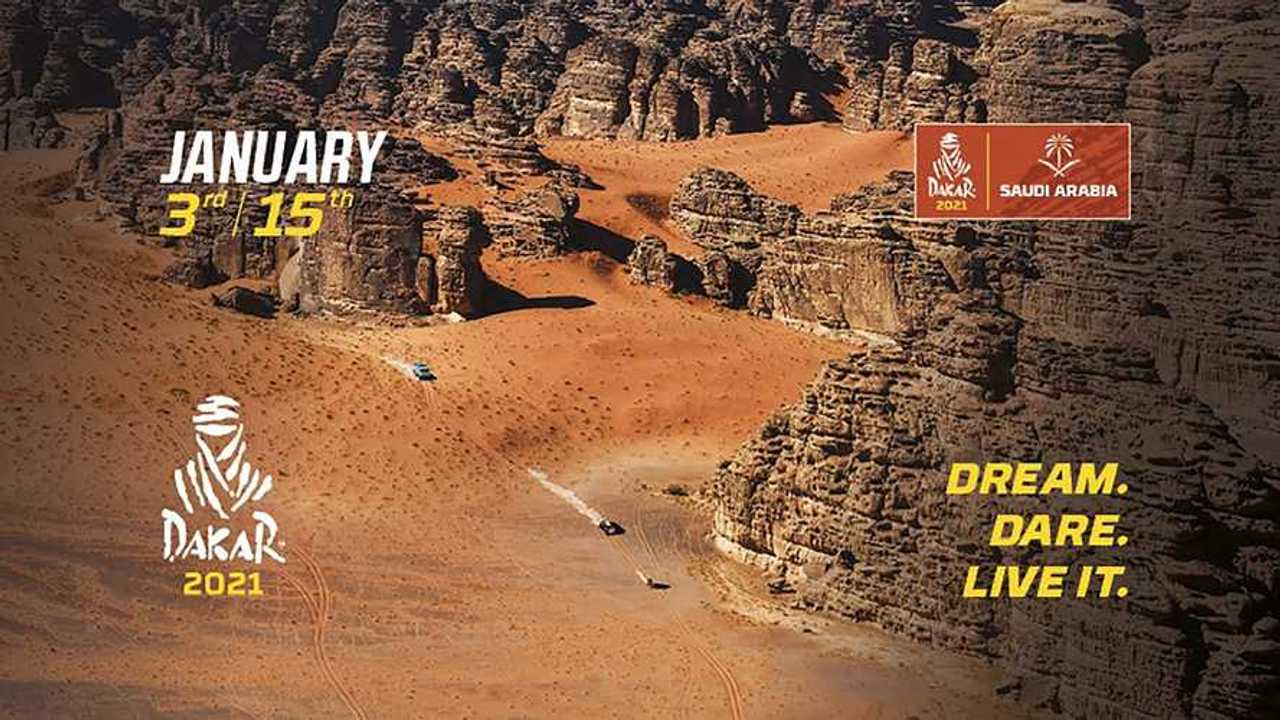 While the Dakar organizers were adamant about designing a route that would stretch beyond the Saudi Arabian borders, it looks like the expansion plan will have to wait at least for another year. The desert raid’s 2021 edition will remain within the host country’s confines.

The new route forms a loop that starts and ends in Jeddah with a long northbound stretch along the shores of the Red Sea and a southbound trek through the Arabian desert. The event beings on January 3, 2021, and ends 12 days later, on January 15, with a rest day scheduled in Ha’il on January 9. That’s a similar timeline as the 2020 event.

According an official press release, the organizers amended the rules to slow the competitors down, a decision that will hopefully make the race safer without sacrificing its technical difficulty. The 2021 regulations include creating slow zones, adding aural warnings when riders approach more technical or difficult areas, and making airbag vests part of the mandatory gear.

Also new in 2021 is the Dakar Classic division that will allow legendary rally vehicles that competed in the event before 2000 to enter the race and show off their desert rally chops.

This will be the Dakar’s second year in Saudi Arabia. ASO announced in 2019 that, after a decade-long stay in South America, the event was moving to its new location in Asia. Along with the new setting, the rally’s rules and regulations were also changed to promote skills and abilities rather than strength in numbers, marking a return to a more classic form of rally. The overhaul was well-received, and the 2020 edition gathered one of the event’s biggest rosters of competitors to date.

Safer measures, classic Dakar vehicles, and a new route—this should make for yet another exciting edition of the famous rally. There is no talk of the event being impacted by the global pandemic. There will be more information to come as we near the event.