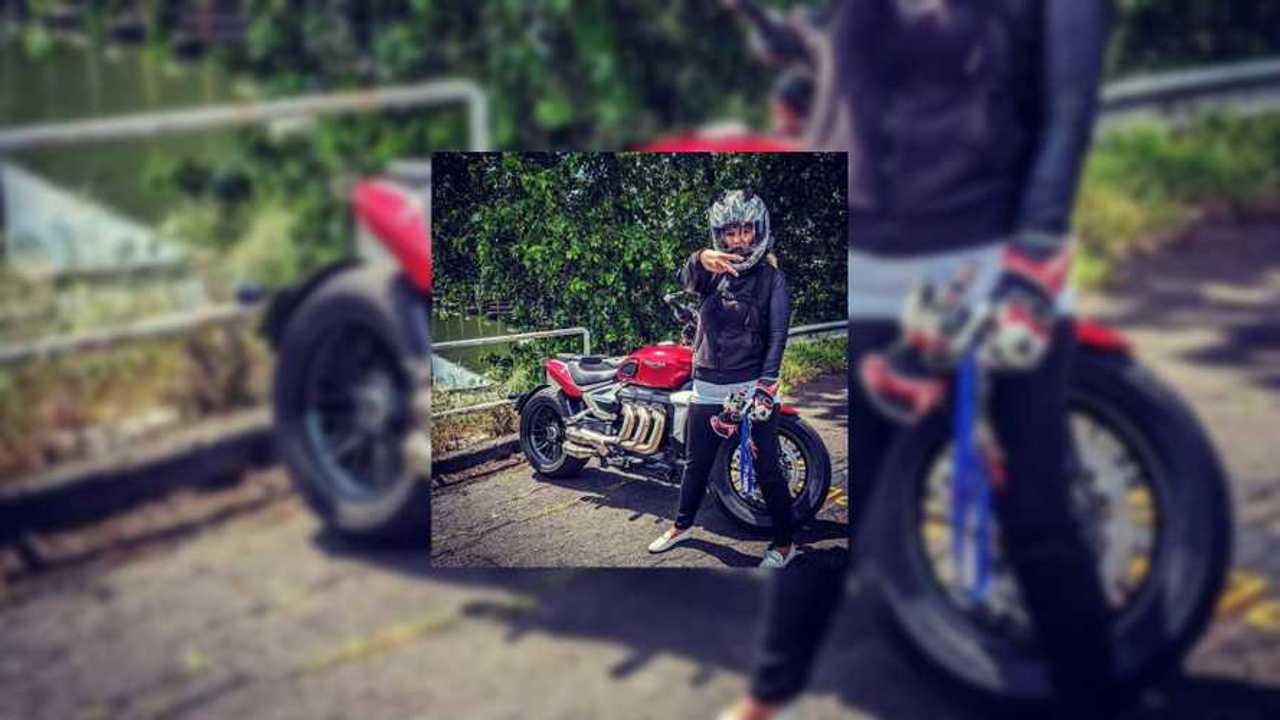 New muffler will cut the bike's weight even further.

Are you worried that your new 2020 Triumph Rocket 3 just isn’t loud enough? If you can’t be secure in the knowledge that you have 167 horsepower and 163 ft-lb of torque on tap, Competition Werkes has your back. To complete the aura of absolute power, Competition Werkes says it’s about to release a slip-on exhaust for Triumph’s massive muscle bike.

Much Ado About Muscle:

It's gotten a lot of hype (journos loved the machine at its launch), but the aftermarket hasn’t jumped to support the new bike. That could be partly because Triumph hasn’t had time to sell many of the new Rocket 3 models yet, so the aftermarket is waiting for a customer base to grow. It could also be because Triumph itself has a wide accessory range for the bikes, as it always does with its new models. Those accessories are guaranteed to fit, and for many customers, it’s the easiest way to go. Usually, Arrow is Triumph’s go-to collaborator when it comes to accessory exhausts.

Competition Werkes is putting together its own slip-on for the Rocket 3 GT, though. It’s made of hand-welded 304 stainless steel tubing, and Competition Werkes says it reduces the bike’s weight (remember, it’s already lost a lot of weight from the previous model) while “making it look and sound much, much better.” Of course, that’s a completely subjective opinion, and your neighbors might not appreciate that sound very much, if you’re running a 2,500cc cruiser up and down your street while they’re trying to sleep.

For now, the Rocket 3 exhaust isn’t on the Competition Werkes website, but it should arrive soon. The company hasn’t listed a price yet, but to give you an idea of what it might cost, Competition Werkes lists its Triumph Street Triple 765 GP-style exhaust at $429.95 US MSRP.