The Overland Motorcycle Tent We Wish Was Real 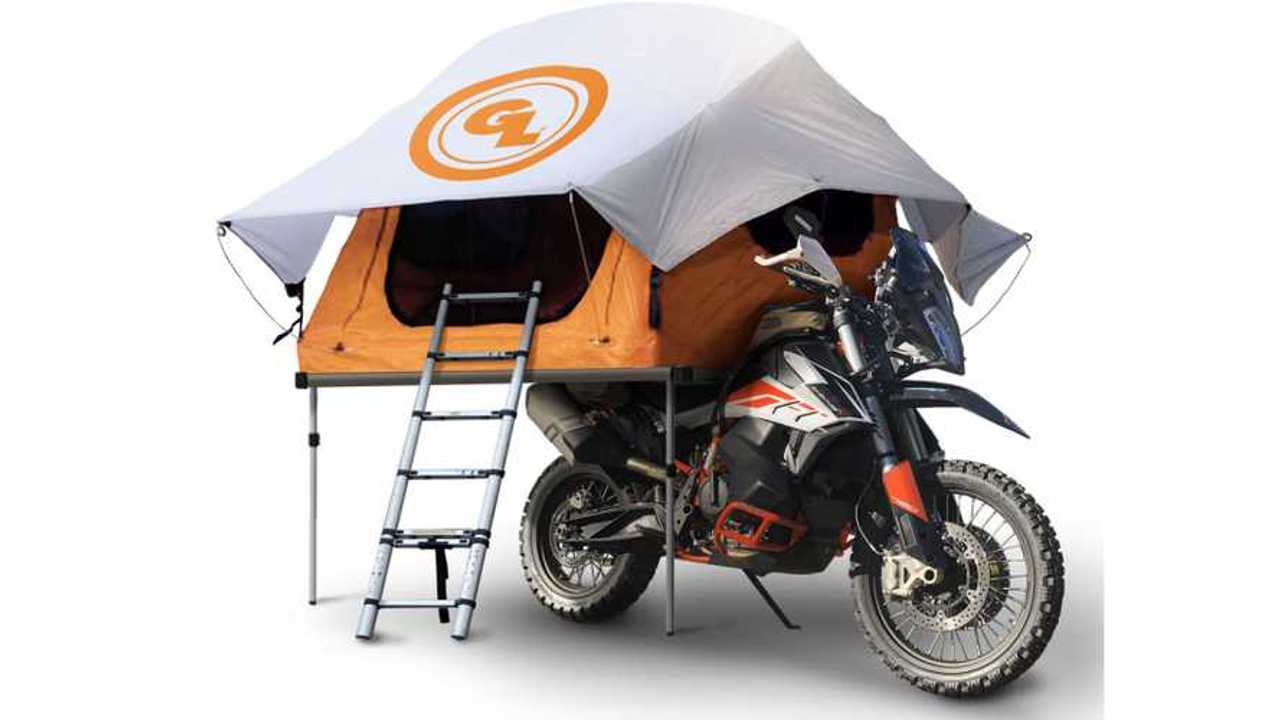 Giant Loop showed us this amazing tent on April Fool's Day. Unfortunately, it's not real.

There weren't very many April Fool's jokes or advertisements this year, probably because the real world is already pretty messed up these days. When there are, we sometimes mention a few of the best jokes we found.

Our favorite for 2020 was Giant Loop, a supplier of many of your adventure bike needs. Following a trend of the 4X4 overlander community, they announced the Expander Adventure Tent. You've probably seen those unfolding tents mounted to the roofs of 4X4s seriously modified for days or weeks at a time in the wilderness (or the local shopping mall). This was the same idea, except a smaller version that mounts to the seat of your motorcycle.

If it was real, this tent would offer 100 square feet of space inside, while packing down into a 6 by 18 by 18-inch package, "about the size of a box of Voodoo Donuts." The tent would also offer remote control automatic deployment, anti-microbial UV interior lighting, and a Dyneema/Kevlar predator barrier to protect you from stampeding rhinoceroses, velociraptors, or 30-50 feral hogs.

The tent isn't real, but we wish it was. I'm in the process of turning a Dodge conversion van into a "moto-glamper," a cushy camper van that I can use to bring my KLR to interesting places to ride. It will avoid the hassles of long highway slogs, having to sleep on the ground, or having to carry all the extra weight of camping gear on the bike. If the Expander Adventure Tent existed, however, I'd sell that van in a heartbeat and use my bike instead. Even Sabrina says she'd get one to go motorcycle camping, and she doesn't do camping at all. As with most such things, it's too good to be true, but we can dream, can't we?

One small aspect of this tent is real, though. If you add one to your cart, you'll get a discount code for any purchase from Giant Loop through the end of April 2020.