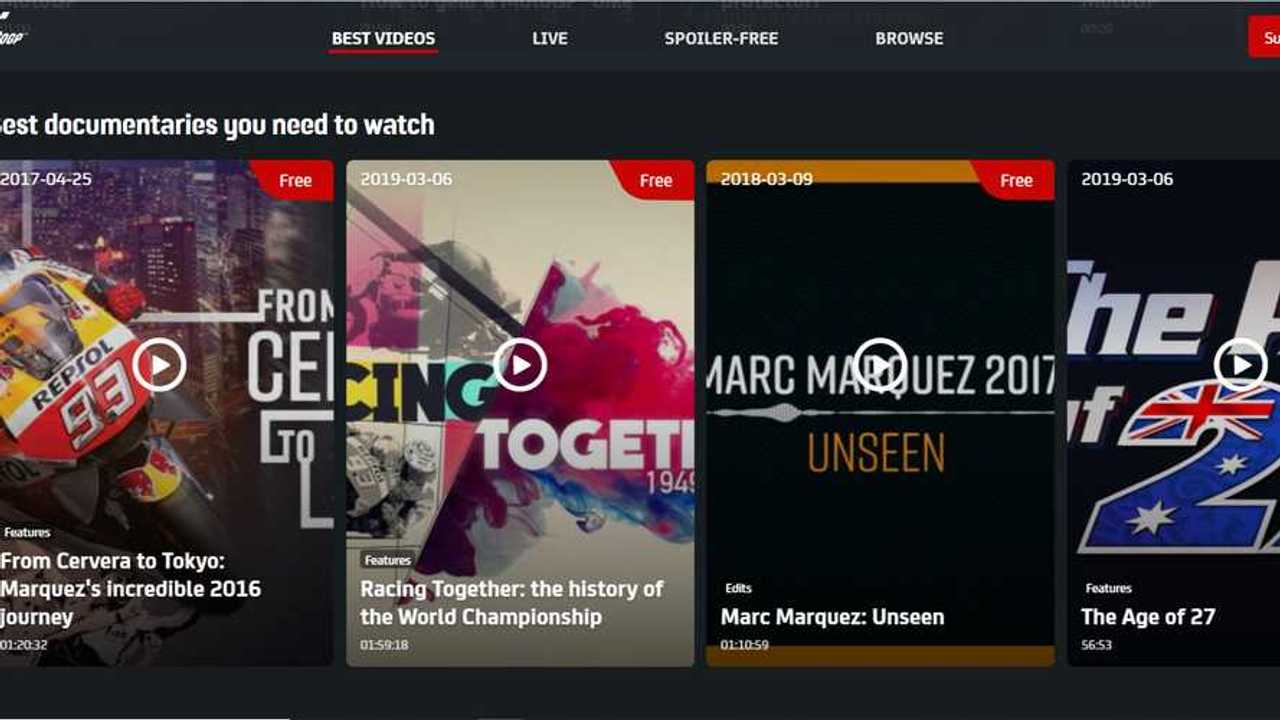 On March 20, 2020, we told you that MotoGP.com is giving us all the gift of streaming racing archives going all the way back to 1992. It’s available until the end of April, which is amazing for MotoGP fans everywhere. If you’re not in the mood for archival races, don’t worry! There are also a bunch of MotoGP documentaries to watch, so grab your popcorn!

Even in the off-season, Dorna and MotoGP want to make sure you don’t forget about Marc Márquez, so the entire documentary series Marquez UNLIMITED is available for your streaming and screaming delectation.

Stream All The Things:

MotoGP Now Streaming All Content For Free Through April
⠀

Not feeling that multi-part documentary series love? That’s OK, too. Here are some of the other docs you can watch right now:

From archival racing to documentaries about some of your modern favorites, Dorna is doing its part to help keep us entertained and maybe teach us a thing or two we didn’t know before. There won’t even be a test later, so it’s not quite like movie day in classrooms, where you and your classmates were just happy to not be doing actual schoolwork for a period.

At least, I don’t think there will be a test later. With so much of its content focusing on Márquez, maybe I’m wrong and there will be a pop quiz on the man’s life and race stats so far? Actually, that’s not a bad idea.

Not the ‘quiz’ part, but maybe a recurring MotoGP trivia show is something Dorna can look into for the off-season. It’s still not racing, but they can be a lot of fun when they’re presented well. What do you think, would you watch or even participate in a MotoGP trivia show?