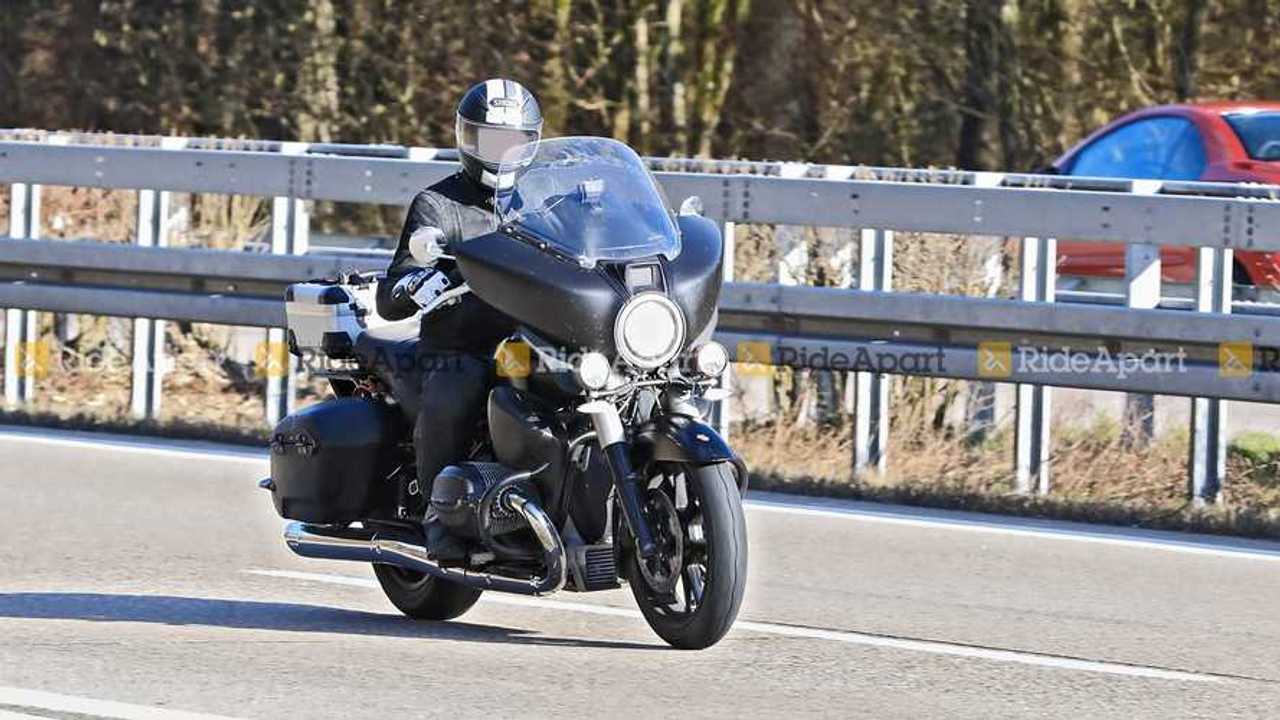 Looks just about ready for the showrooms.

The BMW R18 has been a long time coming. Since its introduction as a concept at the 2019 Concorso d’Eleganza Villa d’Este in May, the Bavarians have been teasing the R 18’s impending arrival. We fully expected BMW to unveil the bike’s final form at EICMA 2019 but the company chose to show yet another concept instead, the R18/2. Guys, I think the wait is almost over. Between a new set of spy shots and the patented designs we documented on February 27, 2020, it looks like BMW is getting ready to launch its Harley-Davidson competitor.

We Spy With Our Little Eye:

This is the second time we’ve seen the production version of the R18 concept in the wild. Back in October 2019, both the naked and fully-faired versions of the new BMW cruiser were spied being loaded onto a truck, barely hidden away from prying eyes under flashy blue tarps.

In the new spy shots, we get to see the bike in full, leaving no doubt about BMW’s intentions to go after the Americans in the big-bore, heavyweight bagger segment. The R18 has the quintessential bagger look, reminiscent of the Electra Glides, Road Kings, and Chieftains out there. The bike is very obviously German with the gigantic 1,800cc boxer cylinder heads poking out on each side and taking the place of the usual V-twin but to the untrained eye, it could easily be mistaken for an American.

It features the usual bits you expect to find in the segment including the massive fairing, low-set straight exhaust pipes, a low and cushy saddle, and standard, body-matching side cases. The main difference between the R18 and its American counterparts is the riding position: the boxer engine forces the feet of the rider backward, creating a slightly more cramped geometry.

How will the bike be received by the customers who jumped at the opportunity to reserve their unit? After all, BMW opened pre-bookings for the model a few months ago which was a bold move considering interested customers were going in blind. Nobody had seen the bike at that point. We now know that the concept’s bobber-like silhouette has morphed into with a more practical bagger set up which means that the bike doesn’t look like the concept the customers bought into.

Now all that’s left to figure out is when the R18 will officially debut and your guess is as good as ours.