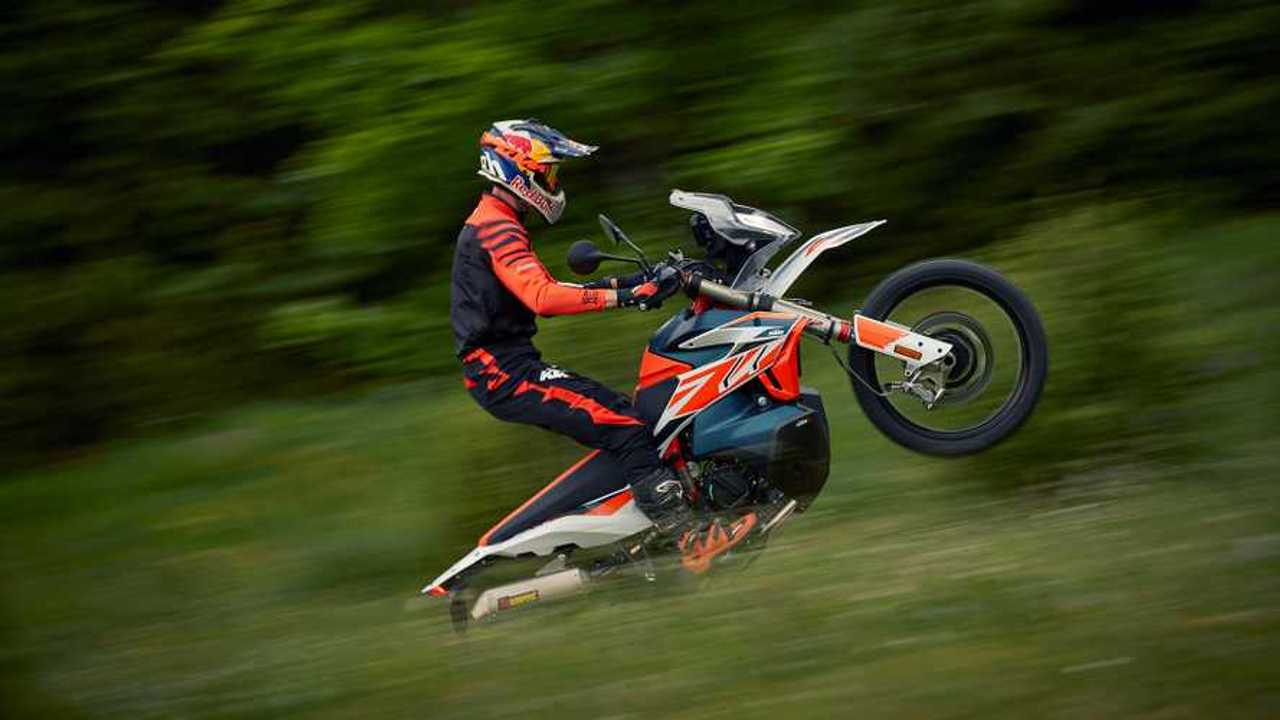 Spy shots reveal a bike based strongly on the KTM 790 Adventure.

Spy shots released by Bennett's reveal the CFMoto adventure bike that's been rumored for China for a while now. This isn't some cheap Chinese clone, though. Clearly visible at the heart of this bike is a genuine KTM engine, the same one that's in the 790 Adventure and 790 Duke.

This isn't really a huge surprise. In November 2019, CFMoto introduced a streetfighter based on this same powerplant. It seems as though CFMoto is introducing a dirt-capable bike to go with its strictly street-going version, just like KTM itself does with the Adventure and Duke. The partnership between CFMoto and KTM is alive and well, it seems.

Unlike the 790 Adventure, however, the CFMoto appears to be a more street-oriented version, more like the Kawasaki Versys 650 than a true dual-sport like the KLR 650. The tires are smooth rather than knobby, and the wheels are cast rather than spoked. Bennett's suspects that they may be the same 19-inch front and 17-inch rear wheels as the 1290 Super Adventure S. The exhaust appears identical to the KTM version, and the frame is quite similar. The bodywork gives the CFMoto a unique appearance, likely thanks to Kisha Design—the same company that designs KTMs.

CFMoto is KTM's sole distributor in China. The two companies plan to open a factory together in June 2020, according to KTM investor documents. The first model to come out of this plant will be known as the CFMoto MT800 in September 2020. The bike in these spy shots is probably a prototype or preproduction version of the MT800. Most likely it will be for sale only in Asia, not in North America or Europe. KTM already has strong dealer and distribution networks in these regions, so this way the two companies won't compete against each other.