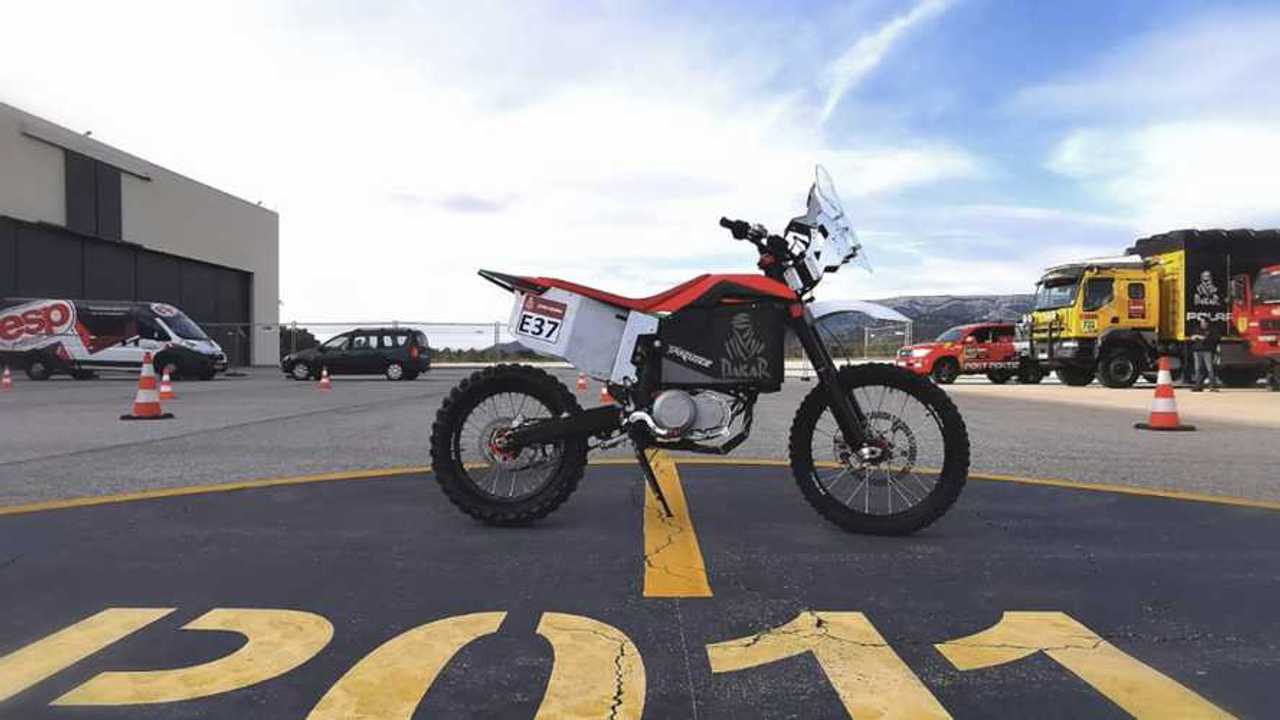 Tacita to add another rally to its collection.

We are only a few weeks and a calendar flip away from the start of the 42nd edition of the Dakar rally. The event will take place for the first time in Saudi Arabia, after three decades in Africa and one in South America. It will not only mark the beginning of a new era for the rally but also the debut of a new 2020 rally-focused motorcycle. An all-electric one at that.

In Other Tacita News:

Tacita’s T-Race’s adventures started in 2012 when the firm entered the Merzouga Rally with the T-Race Rally that became the first electric motorcycle to race in a rally in Africa. Then in 2014, the company set off on a different type of journey to prove that the batteries in electric motorcycles last longer and are more reliable than people think they are. At the beginning of 2019, Tacita made the headlines when its T-Race electric motorcycle’s counter reached 75,000 miles (120,000km).

Now, the company announced it will partake in the 2020 Dakar—or part of it. On January 4, 2020, a day before the start of the race, the new 2020 Tacita T-Race Rally will be unveiled in Jeddah. For the following two weeks, the team will follow the rally along and put the bike on display as the event makes its way through Saudi Arabia. On the last day of the rally, on January 17, the bike will enter the Qiddiyah Grand Prix—a 12-mile stage excluded from the main competition.

Amaury Sport Organization (ASO) in charge of organizing the Dakar encourages vehicles with electric and hybrid powertrains to enter the competition. That was Tacita’s cue to step in. The company hasn’t unveiled the 2020 specs of its new Rally bike yet but the current entry-level model is good for 124 miles of range, 59 horsepower, and 73.8 lb-ft of torque. Interestingly, the bike also uses a five-speed gearbox contrarily to most electric motorcycles on the market that don’t use a transmission.

We’ll have to wait to January 4 to see what innovation Tacita plans to bring to the table.