Go Inside The Vespa Factory And See How They're Made

Watch a classic being made.

If you don’t know a lot about Vespa scooters and how Piaggio started making them, Business Insider recently visited the company’s Pontedera factory to see how they’re made. Piaggio has been making various Vespa models since 1946. Italy was rebuilding after World War II, and needed affordable, comfortable transportation—and aircraft manufacturer Piaggio came up with just the thing. 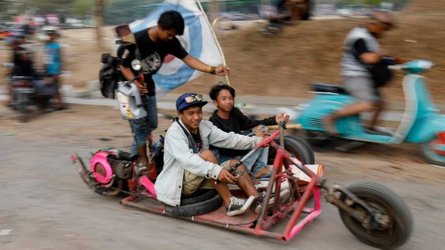 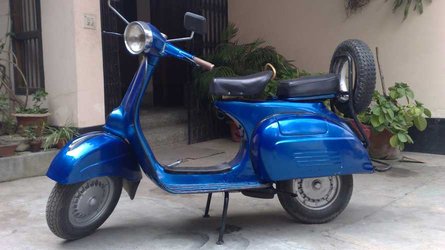 Vespas Are Getting More Popular In Pakistan

Engineer Corradino D’Asciano wasn’t particularly a fan of motorbikes, but came up with this initial design based on something he thought that he would want to ride. The first scooter design was named for Enrico Piaggio’s exclamation after seeing the prototype, because it had a small middle and a large rear, and resembled a wasp—or vespa, in Italian.

The first ones sold for 55,000 lire, which was equal to about $245 USD at the time. In 1947, initial sales were just 2,500 for the entire year. By 1950, that number grew to 60,000 units annually. The brand took off and became a massive icon of Italian heritage, style, and culture throughout the country and the world after that.

Marco Lambri, design director of the Piaggio Group, told Business Insider that he is proud of the fact that Vespa is one of only a few “global vehicles.” From highly developed countries to developing countries, the brand is sold and appreciated everywhere, even so long after the first ones rolled off the assembly line in 1946.