Go Party With Moto Guzzi In The Italian Alps 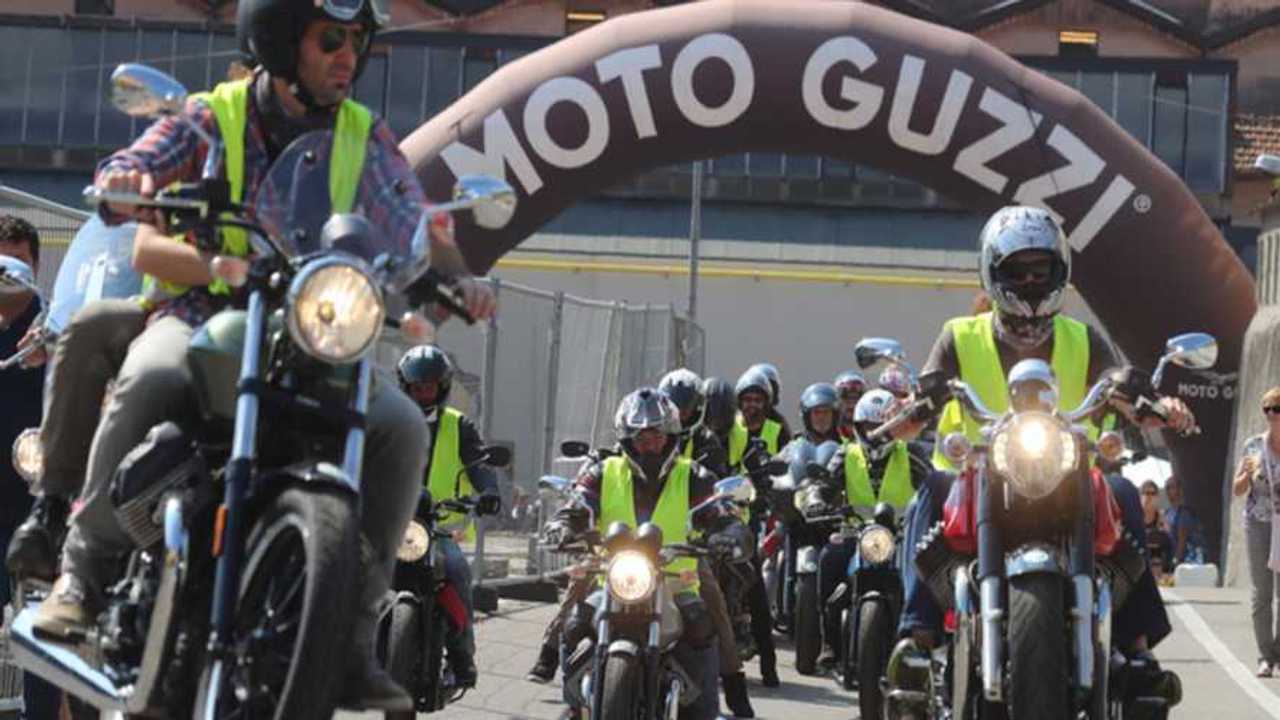 Moto Guzzi's annual open house is coming up, and it sounds like a rockin' party!

Are you planning to be in the area of Mandello, Italy during the first weekend in September? Or, are you a big fan of Moto Guzzi and maybe you have some vacation time in your calendar? It might be time to make some plans.

Perhaps A Trip To Italy:

Watch These Breathtaking Views Of The Stelvio Pass

The annual open house in Mandello del Lario in northern Italy, nestled, of course, in the Alps, celebrates everything Moto Guzzi. Last year brought thirty thousand visitors from all over the globe, and they aim to break that attendance record this year.

There will be factory tours, but also a pretty big party. The Moto Guzzi Museum will be open. There will be food and beverages, music, racing, shopping, test rides and talk shows. It all begins on the 6th of September and rolls all the way through the weekend, finally winding down on the 8th.

The location of the factory has not changed since it first started making the classic Italian marque back in 1921. The official Moto Guzzi archive is on side, and will be available for those who own older machines and want to research their bikes’ provenance.

Test rides on the new V85TT will be available but probably in short supply, as that is proving to be a very popular model in Guzzi’s lineup. The opportunity to ride that bike around the roads surrounding the Moto Guzzi factory will probably be worth the wait.

The on-site store offers Moto Guzzi apparel and merch, of course, and that will be open Friday afternoon and all weekend. The museum, too, opens Friday and remains open for the attendees. It holds more than 150 Moto Guzzi motorcycles, where you can wander through the marque’s history from 1921 until today.

Factory tours will begin on Saturday morning, where visitors can see the production lines and possibly locate exactly where their own motorcycle was built! There’s a wind tunnel on site, too, that is open along the tour.

The precise schedule has not been finalized, but if you have interest, keep an eye on www.motoguzzi.com for updates and more information. September in Italy could prove to be a real gem of a trip!

From 6 through 8 september, the Moto Guzzi Open House is back

THE MANDELLO PLANT OPENS FOR THREE DAYS OF ENTERTAINMENT: MUSIC, TOURS OF THE

FACTORY AND THE MOTO GUZZI MUSEUM, TEST RIDES, TALK SHOWS, TRIPS AND ADVENTURE, RACING, FOOD & BEVERAGES, SHOPPING AND EVERYTHING THAT MAKES YOU LOVE THE MOST FAMOUS EAGLE IN THE WORLD OF MOTORCYCLES

Mandello del Lario, 17 July 2019 - On the first weekend of September, the Moto Guzzi Open House is back. From Friday 6 September through Sunday 8 September, the Mandello del Lario factory will be open to the general public and enthusiasts, with thousands expected from all over the world. The factory is the “eagle's nest”, the birthplace of all Moto Guzzi bikes which have been on roads all over the world since 1921.

The 2018 edition left an indelible memory, shattering every record with 30 thousand participants. And even more indicative of the love that binds Guzzisti to the parent company were the 15 thousand plus people who participated in the 2017 edition which, thwarted by inclement weather, was held in a proper hurricane. These are sincere testimonials of the extraordinary relationship that unites the most genuine motorcyclists with the Larian brand and which binds Moto Guzzi to its territory.

The queen of the 2019 event in Mandello will be the new Moto Guzzi V85 TT, the all-terrain bike that is the big seller this year which is winning over new Guzzisti all over the world and which – it's easy to predict – will be the most sought after bike for the test rides.

As per tradition, Moto Guzzi has prepared a rich schedule of events which will unfold around the Moto Guzzi Village. Music and entertainment will be right in the heart of the Larian factory and it is there where participants will be able to sign up for the test rides which, taken on the roads surrounding Mandello, will feature, in addition to the V85 TT, all of the bikes in the Moto Guzzi range, from the many versions of the V7 III, moving on to the V9 Bobber and Roamer and going all the way to the majestic 1400cc bikes in the California family, including the powerful MGX-21.

Starting on the afternoon of Friday, 6 September, the shop will open up, with all the new apparel and merchandising, as well as the Moto Guzzi Museum, which houses more than 150 bikes that have written the history of one of the most noble brands in global motorcycling. On Saturday morning, tours of the production lines and the historic Wind Tunnel will begin.

At Open House 2019, there will be plenty of talk about travel and adventure thanks to the V85 TT, but also about sport and racing, with the protagonists of the Moto Guzzi Fast Endurance competition which, in its first edition, has already become a reference trophy in the panorama of the most classic races.

The Official Historic Archive will be available for all those who want to research the documents of origin of their own Moto Guzzi bikes, whereas members of The Clan, the community of bikers who share their love for Moto Guzzi, will have special dedicated services, such as reserved parking, a free check up on their bikes, a welcome kit and discounts on the 2019 Moto Guzzi brand collection

The complete programme is still being finalised and all updates will be available on the official website at www.motoguzzi.com, as well as on the Moto Guzzi social media channels.