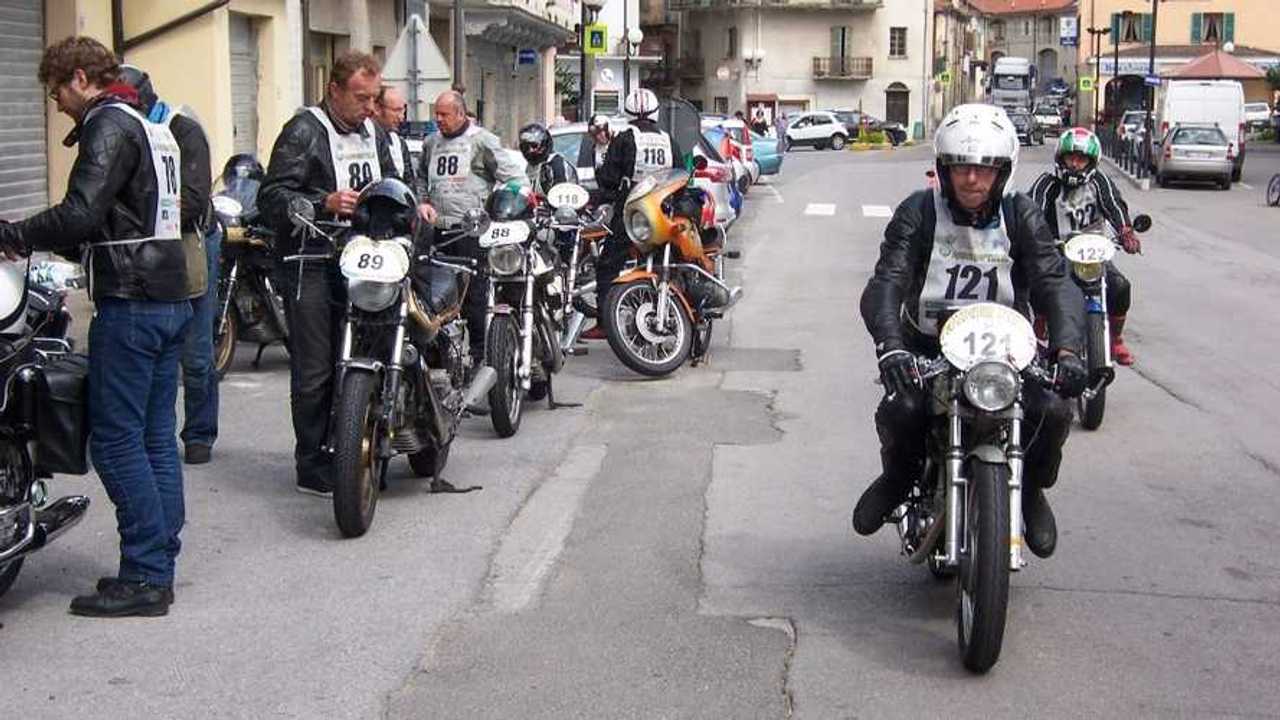 Spend your vacation time around other motorcycle nuts. They might be nuttier than you!

The Motogiro, a timed race for classic production motorcycles, has opened up registration for this year’s event, which will be the 30th anniversary of the ride as it was when it was reinstated as a timed event instead of a race.

The roots of the Motogiro can be traced back to 1914, right around the time of the first production motorcycles, but didn’t really catch on until about 1953, when postwar motorcycle production in Italy was positively booming. Ducati’s 100cc Gran Sport Marianna was the 1954 winner and helped solidify Ducati’s long and storied racing heritage. The Motogiro was banned, however, along with all motorized road races throughout Italy in 1957.  An accident during the Moto Migila that year, a car road race, killed multiple spectators and Italians lost their taste for road races.

The Italian Motorcycle Federation (FMI) resurrected the Motogiro during the late 60s, but in order to obey Italian law, as a timed trial instead of a road race.

The Motogiro as it exists today is organized by the Moto Club Terni. It is a historical reenactment as much as it is a time trial. There are several categories in which riders may participate, which specify engine displacement and year of production. There is a category for modern motorcycles, but what fun is that? Most of the motorcycles that participate are antiques.

The event lasts for six days, and six days on an antique motorcycle is a challenge enough without trying to go very fast. The riders are, for the most part, also mechanics, and care for the bikes throughout the event when, as they always do, things go wrong mechanically.

You can participate in the event and see the Italian countryside in arguably the very best way and in the company of serious motorcycle enthusiasts.

If Italy is a sea too far to travel, however, note that there are Motogiro events throughout the US, but you will need a motorcycle produced during or before 1968, and which has a displacement of 305cc or less. Generally they do not last six days, but your chances of getting rained on, at least during the Motogiro event that occurs in Vermont, are much greater than in Italy.