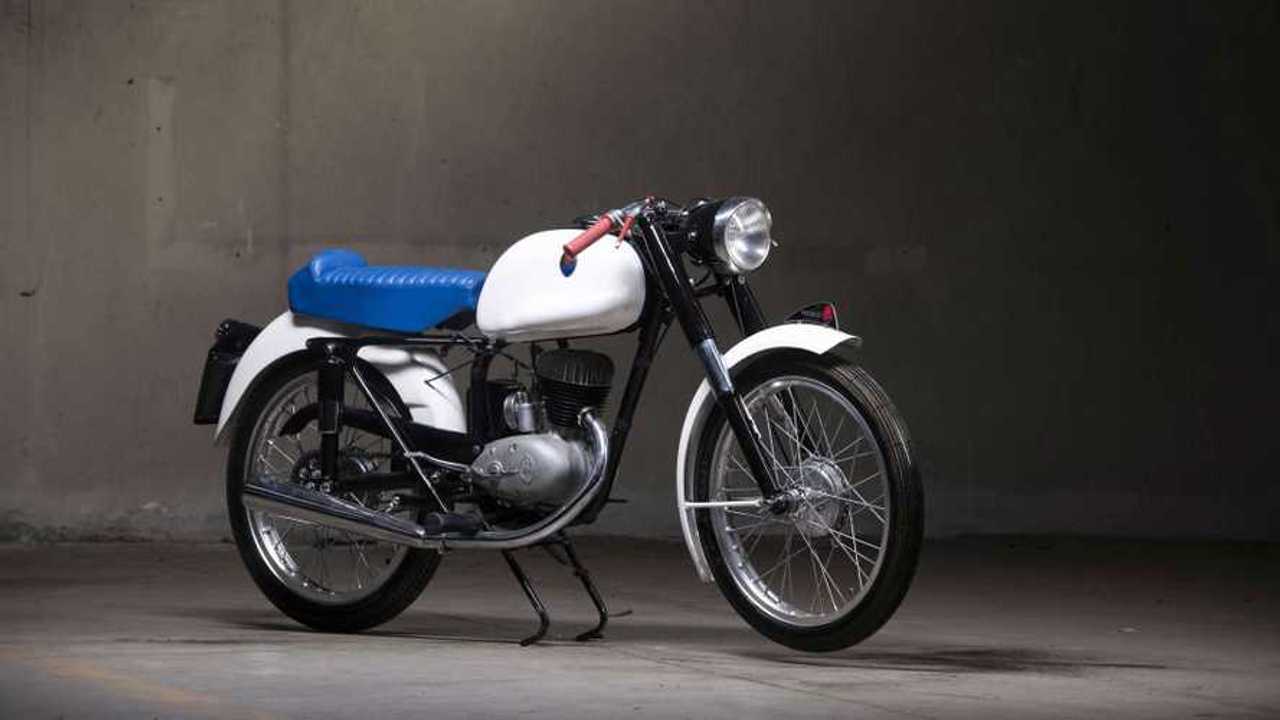 When is a Maserati not a Maserati? When it's a motorcycle!

Did you guys know that Maserati made motorcycles back in the 1950s? It's true! Well, mostly. The motorcycle company wasn't the Maserati, it was a Maserati—one with the legal right to use the name and the famed trident logo.

MORE ITALIANS OUT OF THEIR ELEMENT

Back in the early 50s, extremely successful and very sexy Italian automaker Maserati was split into three separate companies—Maserati Automobil which made cars, Fonderie di Modena which was a foundry, and Fabbrica Candele e Accumulatori Maserati which made, of all things, lightbulbs and spark plugs. Only Maserati Automobil was supposed to keep the rights to Maserati's famous trident logo, but a legal cockup allowed Fabbrica Candele e Accumulatori Maserati to use it as well. That little administration error led to the creation of Maserati Motorcycles, some of the finest Italian bikes you've never heard of.

How did this all come about? Well, see, there was a huge demand for affordable transportation in postwar Italy, and a lot of companies were getting into the scooter and motorbike game. That's how Ducati went from making radios to making some of the fastest, sexiest bikes around, for example. FCAM also wanted some of that sweet, sweet motorcycle industry money, so in 1953 it purchased a tiny Bologna-based bikemaker called Italmoto, slapped the trident on a bunch of rad small-displacement bikes, and ecco!, The Maserati Motorcycle Company was born.

The 125 Tipo T2—which is the bike we're looking at here—was Maserati's first production bike. They were handsome, stylish little things powered by a DKW-derived, 123cc, two-stroke single that put down around 6.5 horsepower at 5,000 rpm. It wasn't particularly fast with a top speed of around 50-ish miles per hour, but it was good looking and, most importantly, economical. You got a lot for your Lira with a Maserati Motorcycle, a feature that was very attractive to post-war Italians.

For seven years, from 1953 to 1960, the company cranked out bikes ranging from 125 to 250ccs with both two and four-stroke mills. They even sold a line of mopeds alongside the sportier motorcycles. The Maserati bikes were pretty popular thanks to being associated by name with Maserati Auto's racing successes. They sold remarkably well in Italy and were exported to North America, the rest of Europe, and even to South Africa.

Sadly, by 1960, financial troubles, serious competition from the other big Italian bikemakers, and the rise of affordable microcars forced Maserati Motorcycles out of business. You can still find them here and there today, and when they turn up for sale they cost a pretty penny.