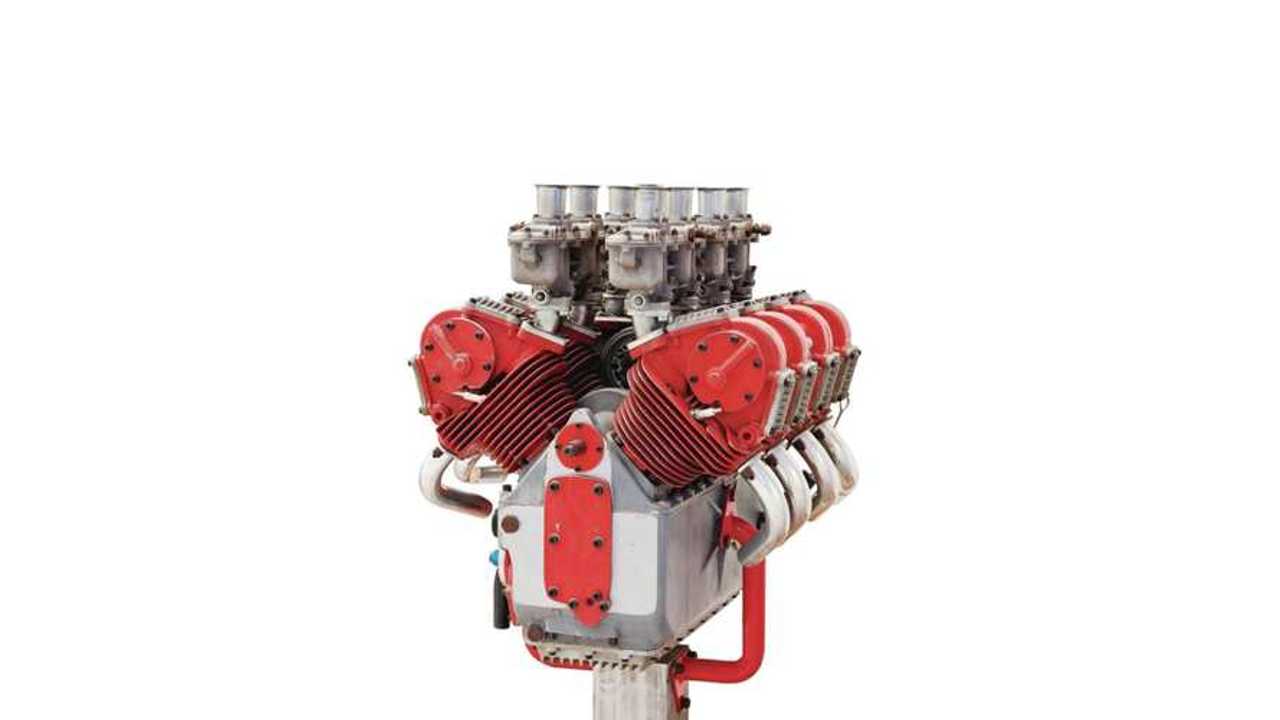 Ducati has done a lot of things over the years, from building radios and artillery shells to (obviously) motorcycles and, once upon a time, a car. The company even tried its hand at F1 racing in the 60s by building an engine and pitching it to Maserati. That last bit about the F1 engine is what we're talking about today. Friends, meet Ducati's V8 Formula One engine.

Why Formula One? Well, the post-war era was a rough time for Ducati. The company's factories were bombed flat in 1944, and it was only with the intervention of Aldo Farinelli's Cucciolo engine that Ducati survived. All throughout the late-40s and early-50s, Ducati tried a little of everything to make money and survive. In 1946, the company put together a car prototype called the DU4 in an effort to get some of that sweet, sweet auto industry money. The fact that only the prototype was produced should tell you how that went over, and the company wouldn't try its hand at automotive technology for another 14 years.

Formula One racing had always been a dangerous sport, with a list of casualties as long as your arm. In 1960 though, with the deaths of Chris Bristow, Harry Schell, and Alan Stacey in quick succession, the organization that ran Formula One changed the rules and cracked down on engine displacement in an effort to curb crashes and improve safety. Official rules reduced maximum displacement from 2,500cc to 1,500cc. This change caught the attention of Ducati engineer Fabio Taglioni, who got to work on an engine he thought could compete in the new Formula One.

Ducati's F1 mill was a 1.5 liter V8 with desmo valves that cranked out 170 horsepower. That may not sound like a lot by today's standards, but it was extremely competitive at the time. Coincidentally, at the time Taglioni was designing his engine, OSCA-Maserati was on the hunt for a new engine for its F1 team. Unfortunately for both Ducati and Maserati, the latter was hemorrhaging money at the time and couldn't afford Ducati's engine. The Desmo V8 never went into production and is now just a footnote in Ducati's history. Too bad, too. It's a good looking engine and how cool would it be to have had Ducati engines at F1?