This Rare Lotus C-01 Could Soon Be Yours! 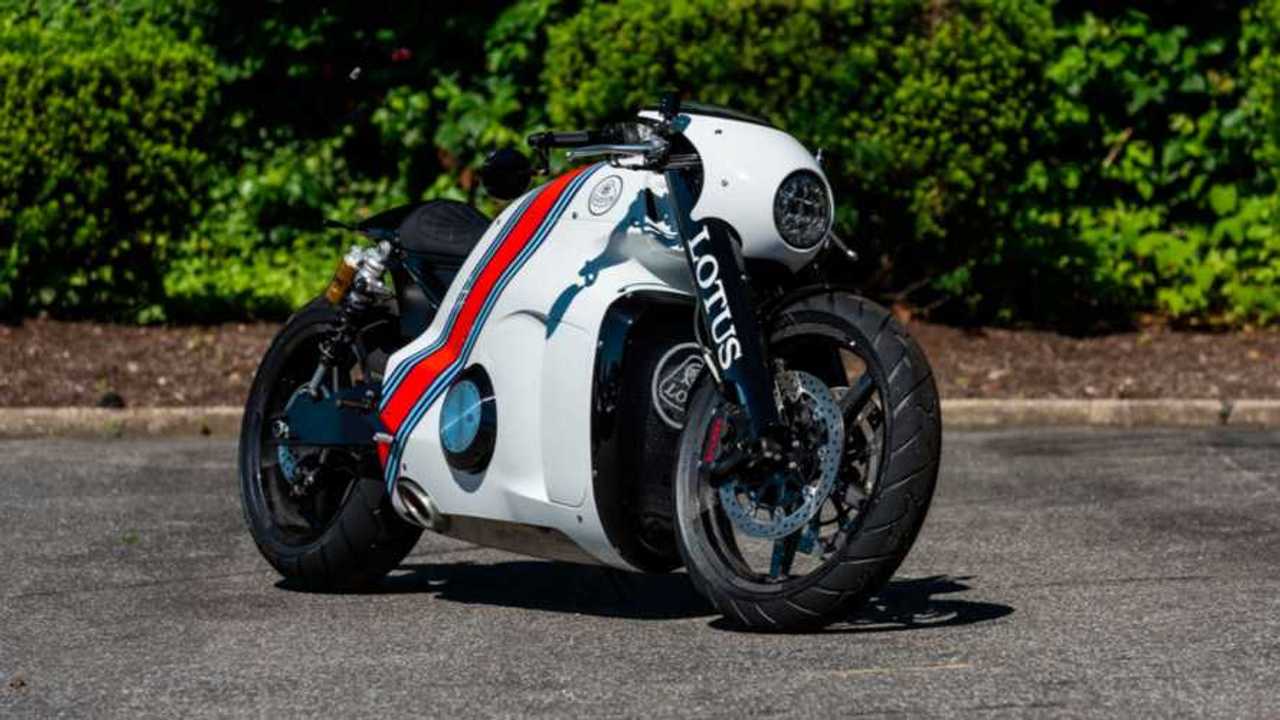 The Lotus name, long (and justifiably) venerated in Formula One circles for its history, has so far made an appearance on just one motorcycle, which made its debut in 2014. The resulting C-01 bears the Lotus name on a chassis built by Kalex, using the 1195cc V-twin engine out of a KTM RC8R, and makes 200HP. Only 100 were ever made, and of those, only two are known to be located in the whole of North America. This is one of them.

Not So Long Ago, This Bike Became Reality:

The C-01 was designed by renowned former Bugatti and Volkswagen industrial designer Daniel Simon, who also designed the Tron Lightcycles for the movie Tron: Legacy, as well as all the Hydra vehicles in Captain America: The First Avenger. The design takes its cues from Lotus’ strong F1 racing history; if you look at the Lotus 49, this influence immediately becomes clear.

The finished product features that classic Martini racing livery, a chromoly trellis-tube frame, Brembo brakes, Öhlins suspension, Sachs forks, 19” and 17” carbon fiber bespoke wheels built by BST, and a 12-section carbon fiber shell. Titanium and aluminum were also used in its construction to keep everything light, beautiful, and strong. If you have the interest and the funds, this beautiful and rare example of motorcycle art that harks back to Lotus’ inimitable racing heritage can be yours.

As for how it handles (if you choose to ride it), Silodrome likens the disconnect between the initial reception of the prototype designs upon release and the actual riding experience as being like Ducati’s Diavel. People thought it was going to be one kind of negative thing, and then they actually rode it and most were pleasantly surprised at how well it handled.

The auction does have a reserve, and no estimate is listed. It’ll be interesting to see what happens next month. Check out a bunch more photos and register to bid here.