The ten-day event will see competitors race through Russia, Mongolia, and China, across all terrain.

The Silk Way Rally 2019 is set to get underway on July 6, 2019. This ten-day rally event will see 97 participants from 36 countries tackle challenging stages across three countries: Russia, Mongolia, and China. If you follow non-motorcycle-based rallies, you might already be aware of this event, as it has hosted a variety of four-wheeled vehicles in competition for years. 2019 is the first year that bikes are participating, and we couldn’t be more excited to see what the 24 riders in the 2019 field will do.

My Chain Hits My Chest (When I'm Bangin On The Dashboard): 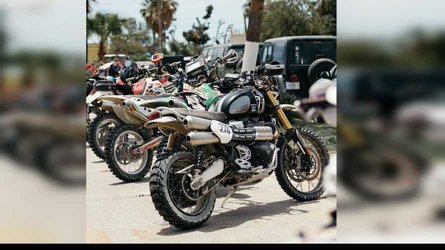 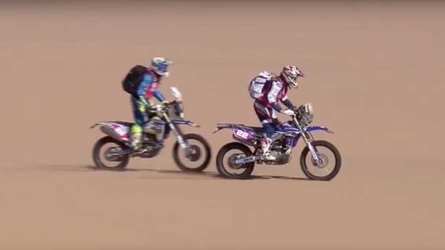 This year, the Silk Road Rally is a fully sanctioned event on the FIM Cross-Country Rallies calendar. It’s the second event in a four-event schedule for this year, with the first having happened at Abu Dhabi for five days that started on March 30. Following that event, factory KTM rider Sam Sunderland is currently in the championship lead, trailed by teammate Luciano Benavides and Monster Energy Honda’s Jose Ignacio Cornejo.

Sunderland, for one, is excited for the new challenge. “We start in the mountains on a hard pack in Russia, through the open plains of Mongolia and then finish in the dunes of China,” he said. “It looks like it’s going to be a tough old race and really long. It’s difficult to know what to expect as it’s the first year for bikes there, so everyone is kind of thrown in at the deep end. But I certainly feel we are prepared. It’s nice to take on a new challenge like this, it’s one of the things that I love the most about our sport.”

Four factory teams are participating for the inaugural bike event at the Silk Way Rally: KTM, Honda, Yamaha, and Husqvarna. Additionally, three women will be racing. They are: multiple world trials championship winner Laia Sanz (KTM), Anastasia Nifontova (Husqvarna), and Gabriela Novotna (Husqvarna). Nifontova already made history earlier in January 2019 when she was the first woman to finish the Dakar rally in the “Original” by Motul class—completely unassisted throughout the event. Novotna first competed in the Dakar rally in 2018, and was the first Czech woman to do so.

Scrutineering and shakedowns in the various classes are already underway, and the photo gallery above is taken from 2019 shakedown events. China’s dunes might present a special challenge, since they’re known to be quite soft in July, according to Zhan Guojun, President of the Federation of Automobile and Motorcycle Sports of China.