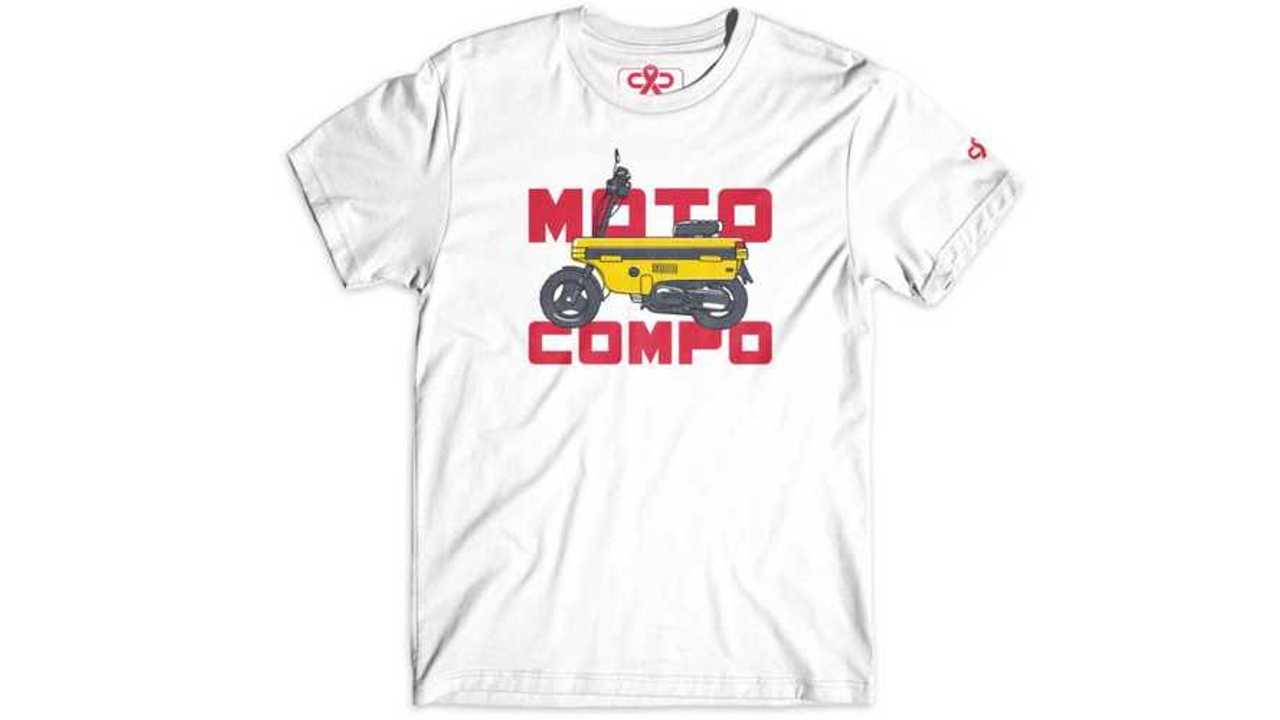 Wear this quirky design icon for a good cause!

When automotive designer Mason Watson lost his mom to breast cancer in 2008, it was a life-changing event. Watson wanted to do something about it, so he began developing the one-off, limited edition designs that would become Cure Collection. 20% of all purchases go directly to the Breast Cancer Research Foundation. While most of his designs are cars, the Honda Motocompo proved too strong for Watson to ignore.

Now you can scoop up a great Motocompo-based design from this Honda designer and support breast cancer research at the same time. Sure, you could also just donate to support breast cancer research—and it’s obviously great if you do that, as well. Seriously though, how often do you see awesome Motocompo apparel like this? Whether you love CRXs or CB750s, it’s a lot easier to find merch for almost any other Honda obsession than this quirky, foldable city bike.

Watson is only selling this shirt in a super-limited preorder run that closes on July 7, 2019. Orders received by that date will ship on July 14. Afterward, you’ll be out of luck, so you only have a short time to order if you want one.

For those who are unfamiliar, the Honda Motocompo was sold as a special bonus feature available with the Honda City and the Honda Today—both of which are models that we never got in the US. Of course, now they’re old enough for legal import, so you’ll occasionally see one for sale on US shores, like this one from January 2019.

The Motocompo featured a 2-stroke 49cc engine that made 2.5 horsepower at 5,000rpm—but it also folded up small enough to almost fulfill all your early ‘80s transforming robot dreams, so that definitely set it apart. This t-shirt, while limited edition, is probably a lot easier to find than an affordable Motocompo—so get one while you can, and support a good cause while adding a cool shirt to your collection.