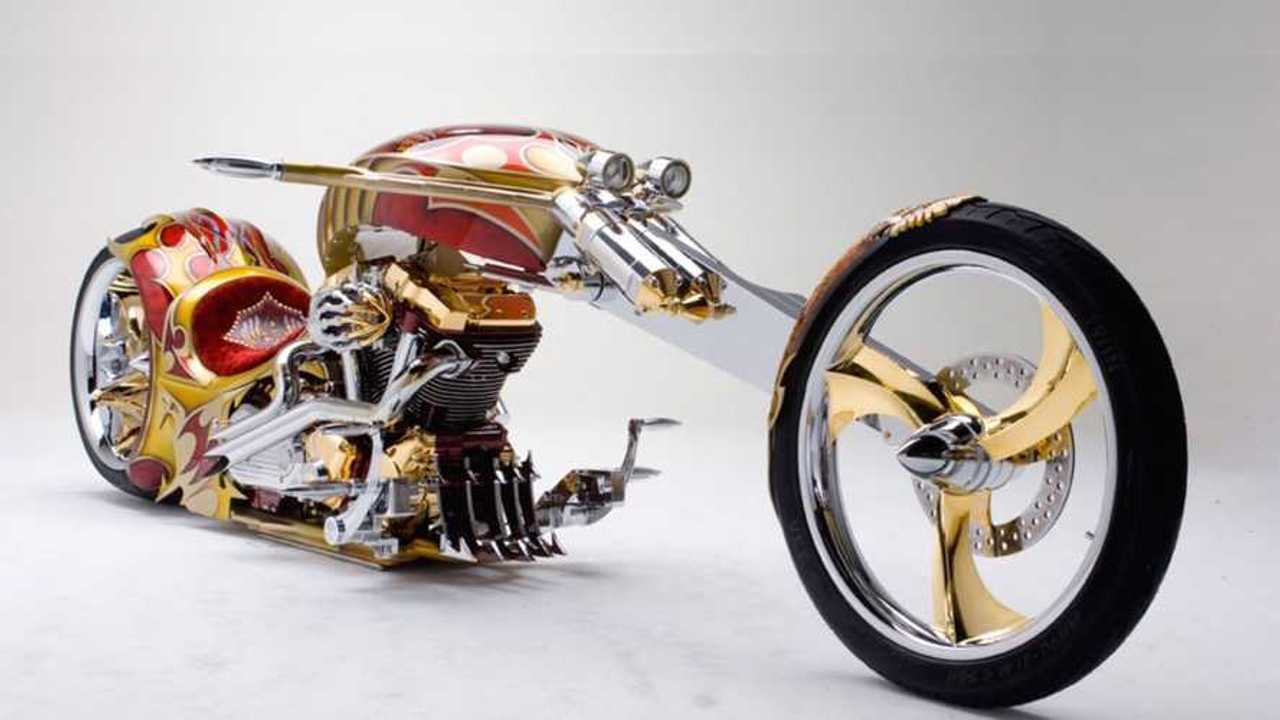 Sam Nehme is a builder with quite the imagination. Nehme operates a Fort Lauderdale-based motorcycle dealership called Broward MotorSports, as well as BMS Choppers, the firm’s customs division. While we aren’t normally all that interested in the over-the-top gaudy, OCC-style choppers that rose to prominence in the early aughts, there’s a build of Nehme’s that we simply can’t overlook. But first, a little about the builder.

BMS Choppers first sprang up in 2003 as a part-time customization arm of the wildly successful South Florida dealership. The side business picked up quickly and before long became one of the State’s premier chopper building outfits which was a particularly big deal in the mid-2000s, during the height of the American Chopper craze. Nehme’s list of customers reportedly grew to include a handful of celebrity rappers like Ice T, Diddy, and Flo Rida.

Despite churning out high-end machines for his A-list clientele, it was a bike that Nehme built for himself that he feels is his best work to date and the focus of our story today. Dubbed the Nehmesis, the unusual two-wheeler was built around 2007 after Nehme was invited to participate in a televised build off broadcasted by ESPN2. The builder was given only six-months to complete the project. He knew right then what guidelines he planed to follow. The design needed to boast uninterrupted flowing lines, bare a futuristic alien vibe, and be clad in an obnoxious amount of actual gold.

The ambitious build started out as a Yamaha Road Star 1700, though all that remains of the almost 700-pound cruiser is its massive 1.7-liter engine. Nehme and his team cooked up a one-off chassis that uses the Yamaha mill as a stressed member, with a wild, more-than-three-foot-long CNC’d aluminum front-end grabbing the skinny, large-diameter single-sided wheel. Out back is another single-sided unit attached to the comically large 360mm aft wheel. Shrouding the over-sized rubber are a pair of fenders lined with LED lights that tightly hug the wheels, illuminating the tires at night.

In place of a kickstand of any kind, the Nehmesis instead utilizes a trick Air Ride system that offers ten-inches of travel, enabling the almost-11-foot-long bike to be raised and lowered to come to rest on the custom chassis’ frame rails. The bike also sports a semi-automatic clutch where the rider can select gears by twisting the left-hand grip, very much like a twist grip shifter on a bicycle. Another nifty aspect of the build is the way the brake calipers are discreetly hidden away, highlighting the intricate elements left on display.

The front and rear fenders, tank, powertrain covers, bars, rims, intake cover, exhausts, and foot and hand controls have all been carefully designed and then painstakingly brought to life. Nehme estimates that he put over 3,000 hours of labor into creating the extravagant two-wheeler. The Nehmesis’ most noticeable trait is its abundant gold plating. Tired of the (then) trend of basically utilizing as much chrome as possible, whenever and wherever possible, Nehme decided to instead spring for the use of gold. According to its maker, the Nehmesis boasts approximately $25K only in gold plating. The custom deep 3D rims also reportedly cost Nehme another $25K for the set. In total, the build is estimated to be worth somewhere between $300,000 and $500,000, depending on who you ask. It doesn’t really matter however as it’s not for sale.

Despite being powered by a Japanese motor, the Nehmesis was permitted to compete in Daytona Beach’s Rats Hole Show in the highly competitive American class, a first in the contest’s near-four-decade history. Even more surprising was the fact that the gold-plated Road Star reportedly won top prize in the coveted “Over 1,000cc Super Radical” class. It’s definitely not our cup of tea, but it’s hard to deny that Mr. Nehme has some pretty interesting ideas.

3 Photos
Photo by: RideApart.com
++
Got a tip for us? Email: tips@rideapart.com