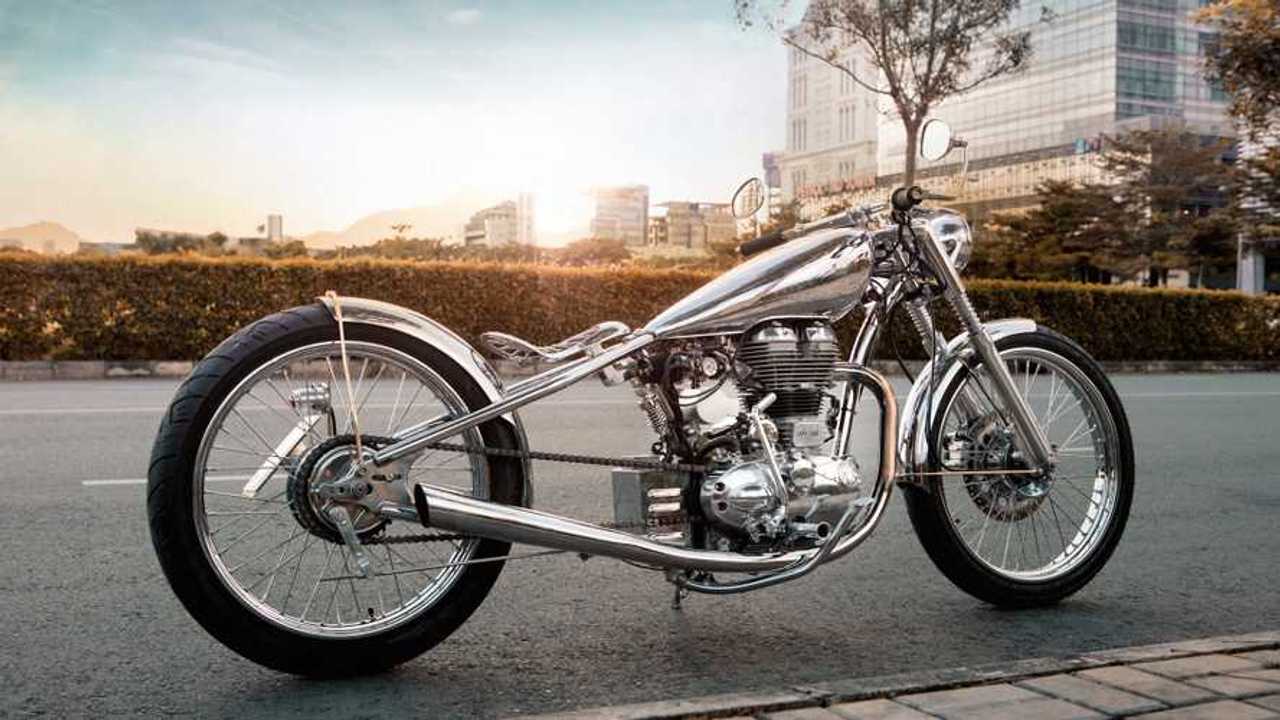 Bandit9 is a Ho Chi Minh City, Vietnam-based customs outfit specializing in sleek, space-age-inspired creations. The shop—which is headed up by Daryl Villanueva—routinely has its work featured in big-name publications, and can be found in the world’s most prestigious moto-museums like the Haas Museum in Dallas, The Petersen in LA, The Barber Vintage Museum, and the MC Collection in Sweden.

The latest creation to roll out of the Southeast Asian shop is called the “Merlin”, a bobbed Royal Enfield Bullet 500—a far cry from the more café-oriented offerings typical of Bandit9, though the custom Enfield retains the shop’s distinct polished chrome theme. Creating the Merlin required considerably more than just cooking up some new bodywork and tacking on a hooped subframe, with the vast majority of the machine being completely bespoke, short of the engine and wheels.

This includes a one-off tank with notches for the engine, and an old-school front-end which is married to a modified frame that’s been given a faux-hard tail rear-end that actually sports a monoshock. A one-off headlight and bracket sit above a beefy fender, while the stock exhaust swoops around the bottom end of the single, following the contours of the frame before culminating in a slashed, slightly upswept pipe.

The unique saddle is comprised of an outside portion connected to 18 springs that hold the unit together. Positioned under the idiosyncratic metal saddle is a chunky rear fender perched facing slightly inward in typical bobber-fashion, tying together the build’s visual theme.

Like the rest of Bandit9’s builds, the Merlin sports spectacular fit and finish. It hides countless minor details that become evident upon closer inspection like this bike’s custom foot and hand controls, how the switchgear is integrated into the bars, and one of the most beautiful pieces of instrumentation I’ve ever seen. Completed in only three-months (half of which was assumedly spent polishing chrome), the Merlin is the kind of bobber most could only dream of bringing to fruition.

4 Photos
++
Got a tip for us? Email: tips@rideapart.com