The eTuk: Will It Work In The US? 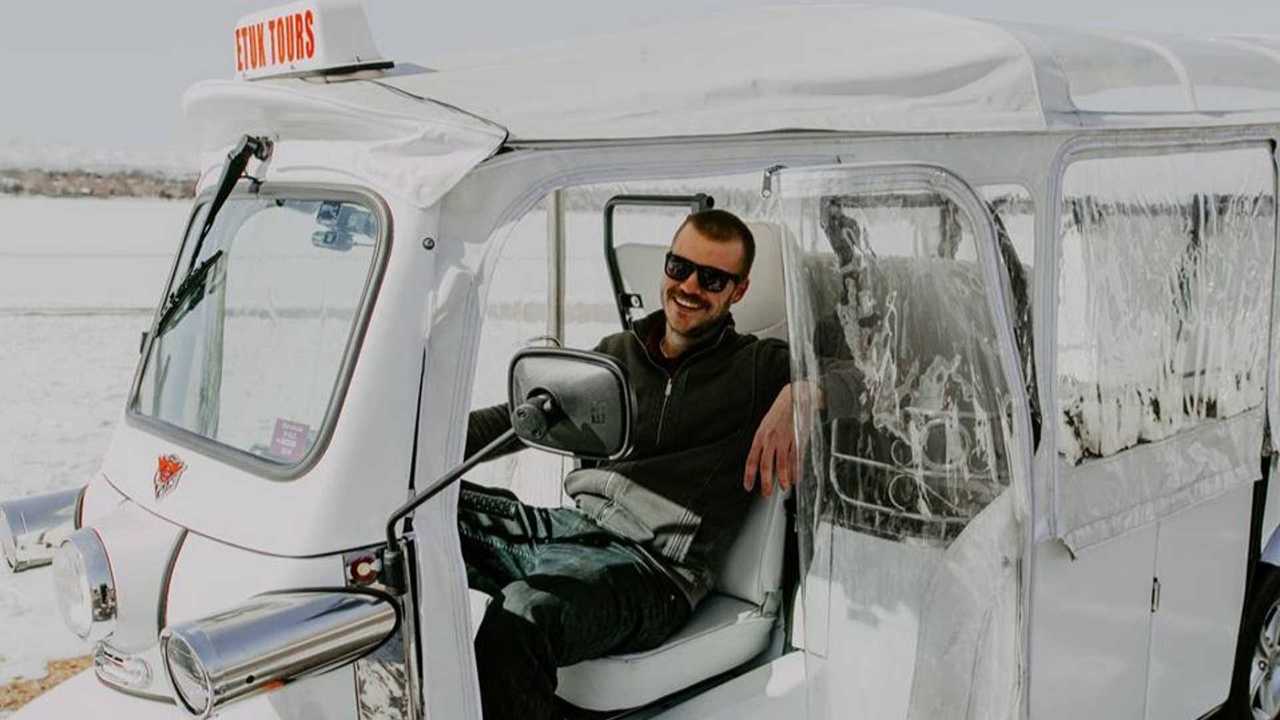 It's cute but is it a long-term win?

If you’ve ever vacationed in Africa or the Middle East (or, dear reader, you live there and read RideApart, thanks!), you’re familiar with that particular mostly-commercial vehicle seldom seen in the USA, the Tuk tuk.

MAYBE YOU CAN RACE THEM

Tacita Racks Up 75,000 Miles On Its Electric Motorcycle
⠀

Technically an “auto-rickshaw” it is the three-wheeled love child of a motorcycle and a minibus. For some time they were powered by small two-stroke engines. They are being phased out in most places, in favor of cleaner-running tuk tuks that are fueled by on compressed natural gas. Those particular vehicles are often referred to as “CNGs.” Lately though, the electric vehicle revolution is touching the tuk tuks.

Meet the eTuk. Based out of Denver, CO, eTuk is selling these electric-only machines starting around $20,000 US with a hard-sell brochure (don’t download the e-book, trust me, unless you already know these things are legal in your state). The company had the eTuks tested and certified with the US DOT and they each have a 17-character VIN for registration. That doesn’t necessarily mean they’re allowed in your city, so if you’re inspired you’d better check first.

They seem to be marketed as a more-interesting taxi, or an unusual delivery “van,” or a modern food-delivery “roach coach” (you know, that truck that shows up full of breakfast? Do they only call them Roach Coaches in Massachusetts?).

By their very design they are open-air but could be enclosed (sort of like a reverse convertible–it has a roof but no, or temporary, walls). In my estimation they would not be great in the outdoor snowy weather we get in the north of the country, but perhaps the headquarters in Denver has figured out a way to make them year-round friendly. They would probably do great in southern tourist-laden cities and amusement parks.

While there’s a ton of hype about the vehicles in their marketing brochures and website, there’s very little hard information about cost of upkeep, range, highway legality or safety. The owners’ manual does detail the 72 volt motor, the twelve (12!) wet-cell lead-acid batteries and the need to add water to them regularly. These are not maintenance-free AGM batteries, but on the bright side nor are they Lithium Ion, so they probably won’t catch fire (or hold nearly as much of a charge). The charge time is approximately 14 hours.

Also, since the machine uses traditional motorcycle-style forks, those will need maintenance along with the hydraulic brakes.

Still, they’re groovy and unusual, and would probably catch on as tour “buses” in warmer climates. Those of us who ride motorcycles will have an advantage, since their switchgear is what you’d expect on any run-of-the-mill set of handlebars.