Rocking Riders: Around The World On The Africa Twin

We like to introduce you to awesome riders we find on YouTube who share with us their unique outlook on the world of two wheels and, lucky for us, make videos out of it.

ADVENTURE IN ALL SHAPES AND SIZES 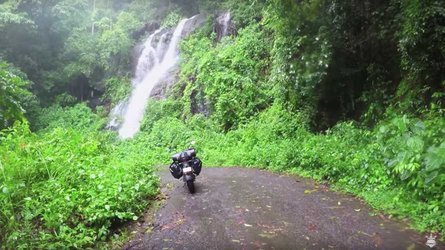 Rocking Riders: The Green Side Of India With GoPro Man 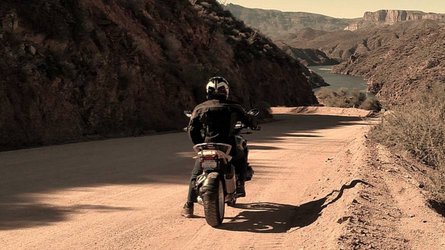 At this point in time, the Africa Twin has very little left to prove. Honda reintroduced its ADV flagship model in 2016 after a decade-long hiatus. The name has since become a staple of adventure riding. YouTuber William Gloege is taking full advantage of the model’s versatility and picked the Africa as his weapon of choice for his tour around the world. Gloege started off on a sturdy Kawasaki KLR650 for a first round through the Americas and across Eurasia.

Then, two years ago, he set off on yet another world tour, this time swapping the Kawi for the then new Honda CRF1000L or Africa Twin. For his second round, he decided to document his travels in a series of vlogs as he added a few countries to his list, including a trip through Africa and through Scandinavia. William takes us on the road with him the classic YouTuber way, mixing first-person, still camera, hand-held camera, and drone footage.

What’s interesting, however, is that though his videos are specific to certain locations (Bolivia, Norway, Morocco, etc), his vlogs aren’t necessarily only about the trips. He reviews the bike along the way as well as the gear he is carrying on his trip. For instance, at the beginning of one of his videos recorded during his trip through Mexico, he gears up on cam, reviewing every piece of clothing and equipment he wears, from the travel-proof underwear and liners to his boots, helmet, and gloves. He also documents his encounters on the road, confirming the old-timey slogan that you meet the nicest people on a Honda.

He has a casual yet charismatic presence on camera that makes you want to keep watching. We get to discover Slovenia's underrated beauty, Peru’s rugged charm, and Norway's polite elegance with him. If that doesn’t make you want to travel, I don’t know what will.