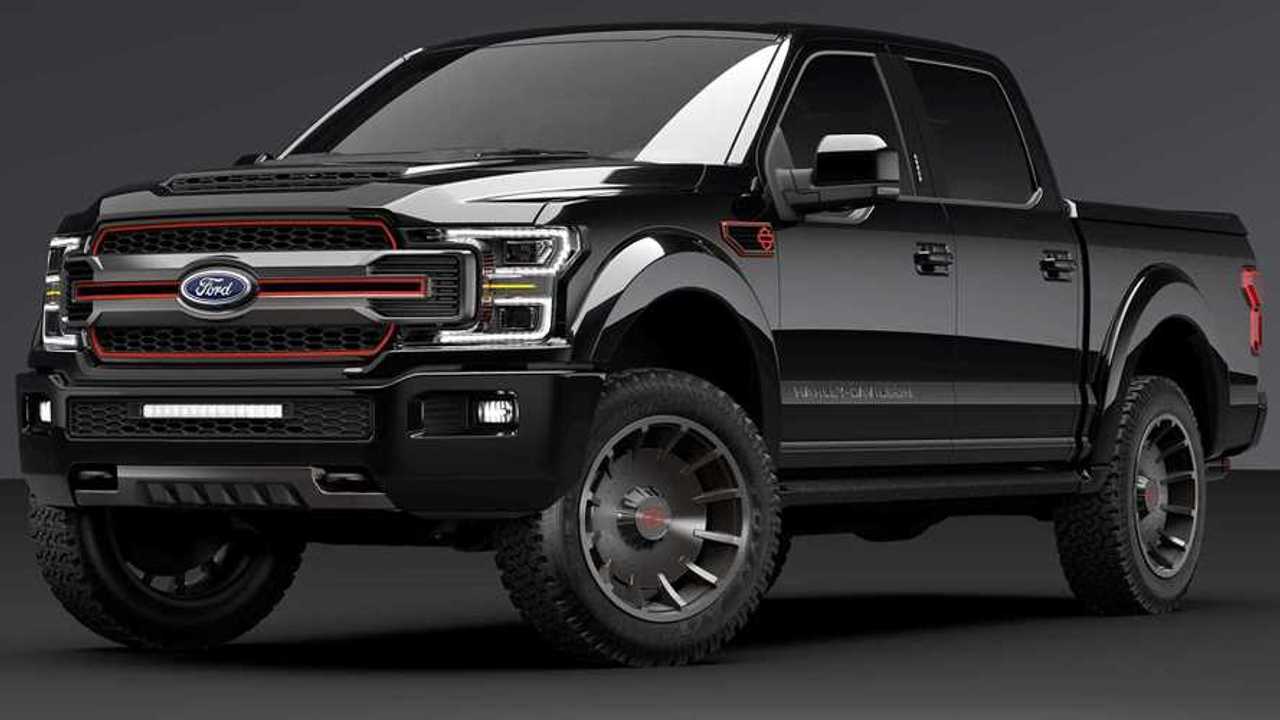 The blue oval and the orange-and-black team up once more.

Harley-Davidson and Ford have a long history of combining their efforts to come up with the most American truck in existence: the F-150 Harley-Davidson Edition. The two manufacturers unveiled the result of their very first collaboration in 1999 and this year marks this all-American corporate love story’s 20th anniversary. To highlight the special anniversary, a 2019 edition of the F-150 H-D truck seems like an appropriate gift to unwrap. If for some reason you agree with them and think it's a good idea, be warned; you better get ready to cough up the money.

The special-edition truck isn’t actually new news. In fact, last August, Harley celebrated its 115th Anniversary, a milestone very few companies can brag to have reached. For the occasion, the Milwaukee company did what it does best: put its colors and badges on everything, including a brand spanking new Ford F-150. The  F-150 H-D Edition was designed as concept offered to the Harley-Davidson Museum to be put on display.

It didn’t remain a museum exclusive for very long since ahead of the Chicago Auto Show, Ford and Harley announced that the special edition will now be available for purchase, built by Tuscany. Get started on your mortgage application if you want to get your hands on one.

The model unveiled on Tuesday night is a carbon copy of the museum piece, prepared by the custom shop Tuscany Motor Company. The truck will be offered in a choice of three colors: the Agate Black version is offered at $97,415, the White Platinum one is priced at $97,710 while the special-order Leadfoot livery comes in at $98,433. The story doesn’t tell what trim level the special editions are built on, but at this price point, we’re hoping at least for a Platinum or a Limited.

Aside from the very obvious orange-and-black scheme and emblem galore, the special edition is driving on a set of 22-inch Fat Boy-inspired wheels fitted with all-terrain tires, attached to a set of edition-specific BDS suspension and Fox performance shocks. A functional yet unnecessary Raptor-like hood vent has been added to give the truck a more aggressive stance and the checkered grille has been swapped for a honeycomb motif.

The gimmick continues on the inside where H-D’s official stamp adorns pretty much all the accessories. The seats are covered in diamond-stitched leather with, you will have guessed, contrasting orange stitching.