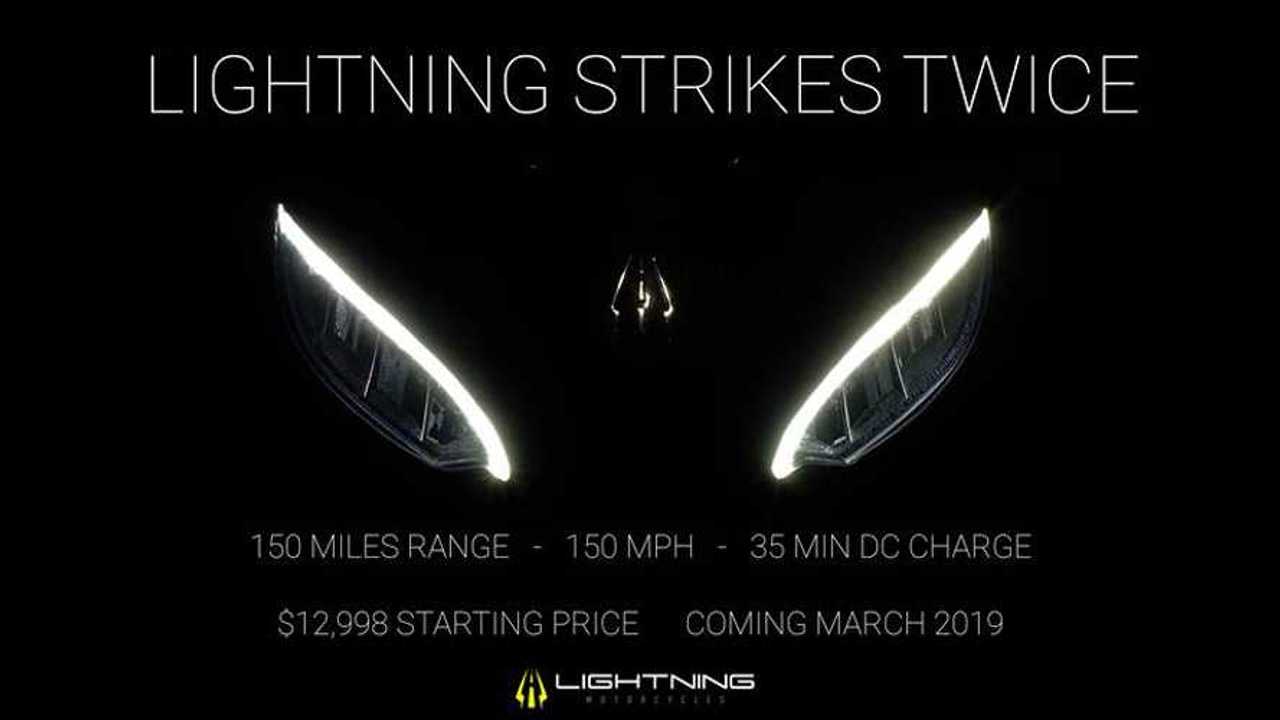 Until now, Lightning Motorcycles has been known for one thing, and one thing only: the LS-218, a high-end electric superbike with a look and a price tag to match. Now, the company looks about ready to tackle the more mainstream segment with an affordable and long-range model. If the numbers the company is teasing turn out to be real, we’re potentially looking at what could become one of the best electric motorcycle offerings on the market.

Without any big announcement, Lightning Motorcycles posted a teaser image of a new bike coming to its one-model lineupon its Facebook page. We'll leave this right here. While the company has been focusing on a more niche, premium segment à la Tesla, it now looks ready to tackle the mass production beast with the launch of the equivalent of its Model 3. The Strike—an appropriate name if there ever was one—will target a much broader audience than its big brother. According to the teaser, pricing will start just below the $13,000 mark, an average if not reasonable price for the segment.

What is $13k going to get you? Always according to the teaser, a top speed of 150 mph, a full charge within 35 minutes with a DC charger, and, drumroll, an impressive 150-mile electric range. In comparison, Harley recently released the LiveWire with a 110-mile range for double that price. I’ll let that sink in.

The image that reveals the future model’s specs also shows a pair of feline headlights—a typical feature of fully-faired sportbikes. Considering the look of the brand’s current model, it doesn’t come as a surprise that it is opting for a sportier silhouette; you just have to look at the LS-218 to know that their designers have an eye for this type of silhouette. I mean, it is meant to top at 150 mph after all, so a little aerodynamics won't hurt.

Lightning will show us the bike this upcoming month of March at which point we can also expect to get a better idea of what the company is working on. We’ll find out whether the 150-mile range will be available at the announced price point or whether the Strike will be offered with different trim levels and battery capacities. I kind of hope to see the first scenario unfold because this could be a game changer for the electric motorcycle industry. Let’s keep our fingers crossed.