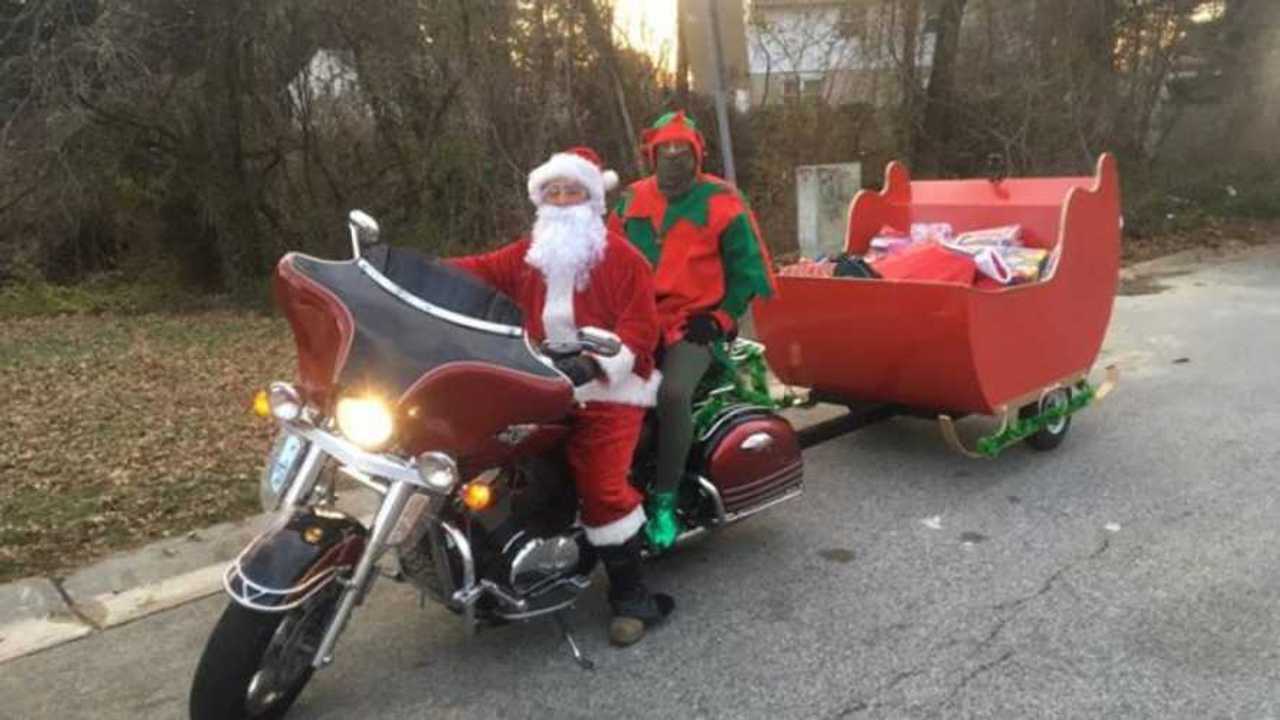 Legend has it that Santa Claus drives a flying sleigh pulled by eight tiny reindeer (plus Rudolph, of course). In Delaware, however, Santa rides a 2003 Kawasaki Vulcan Nomad and delivers presents to sick children in need.

NOT ALL HEROES WEAR CAPES

Watch 200 Santas Tour The Isle Of Man For Charity

While there remains some debate as to whether Santa Claus is real or not, there is no question that Motorcycle Santa is very real. He is one of many roles played by Rocco Malin, a bartender and former Marine. He started bringing gifts to underprivileged kids four years ago, where he simply handed them out to random children on the street.

The now annual activity has exploded since then. Malin, as well as a convoy of 15 friends in festive costumes, now delivers presents to sick children at the Nemours/Alfred I. duPont Hospital for Children and the Ronald McDonald House of Delaware. In addition, the cause has raised more than $11,400 in donations, which will be donated to the Ronald McDonald House of Delaware to cover the cost of two rooms for the year.

Malin is known to friends and co-workers to be a bit eccentric. He has an Instagram page with videos of drivers' reactions to him honking at them in traffic. He's also walked into work wearing short shorts, and once traveled to Nicaragua on a whim to find stone sculpting artist Alberto Gutierrez. Motorcycle Santa is his best idea yet, though, and one that Malin is extremely committed to. He even put off a stem cell surgery, one of several he's had, to treat his avascular necrosis until after this year's Motorcycle Santa duties were complete.