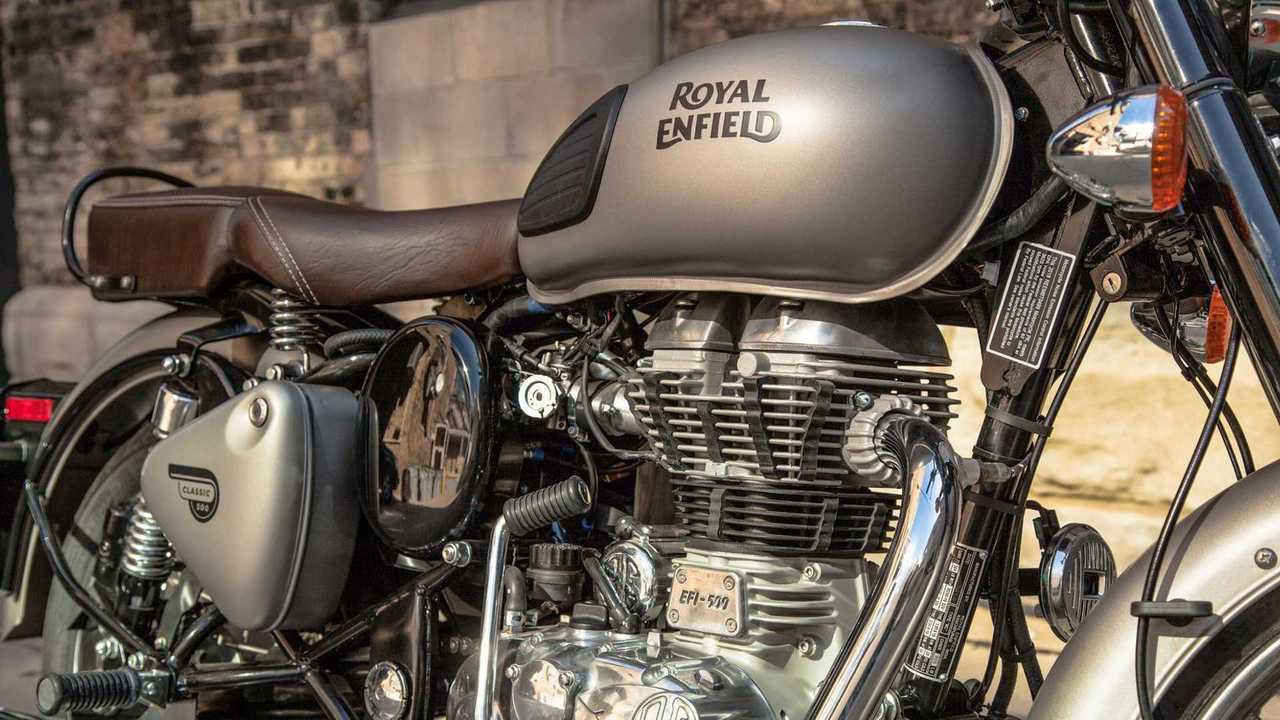 Are we looking at the brand's first scrambler?

If you’re a fan of Royal Enfield, this year must have been overwhelming for you. Between the introduction of special editions including the Signals and Pegasus, and the arrival of the all-new Himalayan and long-awaited 650 Twins on the market, the company has been keeping us on our toes. Looks like there’s more coming and that this time, RE is taking the path of the scrambler with what could be a new variant of the Classic 500 model in the works.

Spotted at a dealer in the summer, the scramblerized Classic 500 was initially thought to be an in-house mod requested by a customer. More recently, however, another one of these 500 scrambler has been spotted being tested in the streets in Pune, India, sporting a “On test by ARAI” license plate. This has lead some to suggest that there’s a new version of the Classic coming our way.

The handlebar is braced for extra rigidity, a convenient rack has been installed behind the spring-mounted saddle, and knobby tires have been fitted for all the extra grip in the dirt you might need—but those are easy retrofits readily available on the Classic 500. The upswept exhaust tip actually seems shorter on the mysterious bike. While on the standard Classic, the pipe runs the length of the bike, while on the suspected new variant, the pipe is at least half as long, pointing upwards, a feature associated to trail-friendly models. The suspension fork is also fitted with rubber boots.

The engine would likely remain the same 499cc single-cylinder block used in the Classic without any mechanical tweaks—we are really looking at a variant of the existing model rather than a new addition to the lineup all together.

If a Classic 500 scrambler were to become an actual package, it would be the brand’s first incursion in the genre that will provide the Himalayan with an off-road friendly companion.