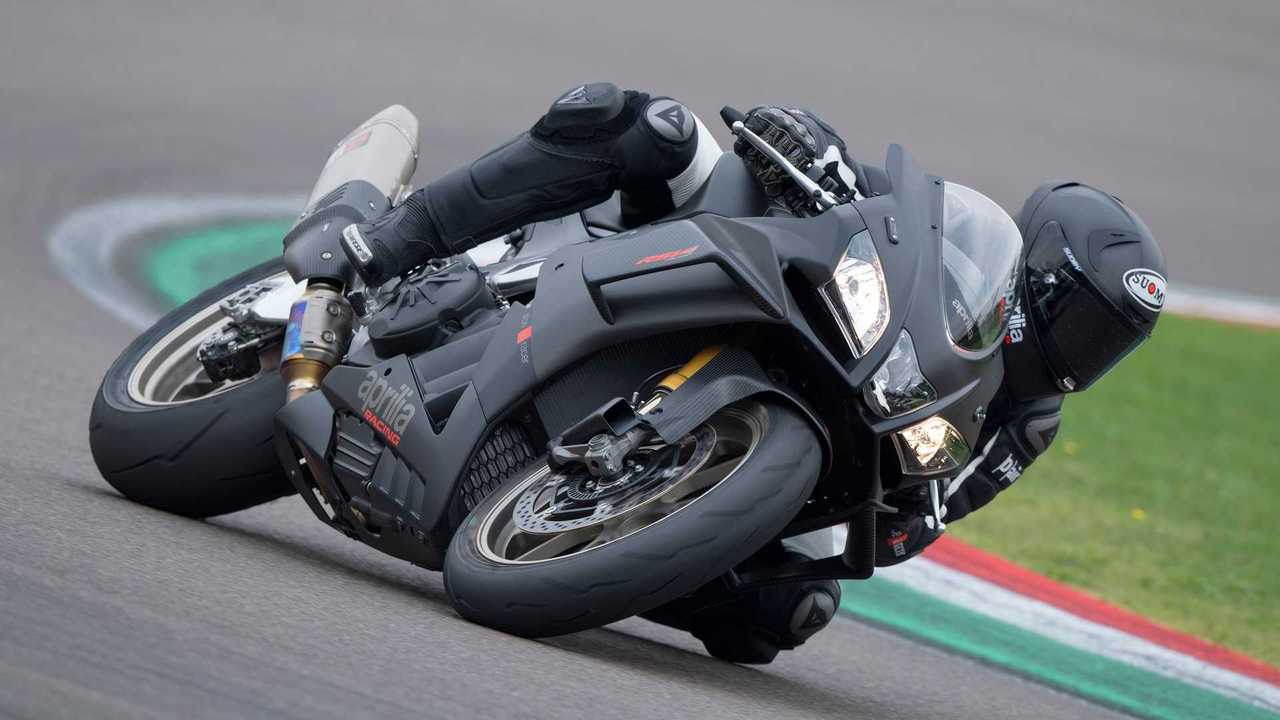 It's the fastest, lightest, and most powerful RSV4 ever with 217 horsepower.

In addition to the RSV 1100 RR announced last month, Aprilia has added a second member to the RSV4 family, the RSV4 1100 Factory.

Aprilia has worked some magic on its 1100 V4 engine that makes 201 horsepower in the RR. Its bore has increased from 78 to 81 millimeters. There's a new oil pump with greater capacity as well as a double oil jet to keep the pistons cool. Aprilia has remapped the engine computer and set the rev limiter at 13,600 rpm. The end result is an increase to 217 horsepower. Fifth and sixth gears are longer to drop the revs a little at top speeds.

In addition to the engine, Aprilia has also revised the frame and suspension setup as well as the weight distribution. The steering yoke has been offset by 2 mm, shortening the wheelbase by 4 mm. This changes the steering geometry slightly, bringing the front wheel closer to the rider, increasing the load on the front wheel and therefore stability, but without decreasing agility. The Öhlins NIX forks have 5mm of additional travel to improve cornering, and adjustable Öhlins shock absorbers and a steering damper are also included. In the back, the swingarm is stiffer, with a significant increase of yaw and torsion for added stability while exiting corners.

The RSV4 1100 Factory also gets Brembo Stylema front calipers with more aggressive pads and carbon fiber air ducts for better cooling. Carbon fiber winglets on the fairing add downforce to the front wheel, the first time winglets have been used on a production superbike. A titanium Akrapovic muffler a lightweight Bosch lithium battery, and extensive use of carbon fiber bring the weight down to 199 kilograms or 439 pounds. Combined with 217 horsepower, the RSV4 1100 Factory is one fast Italian.