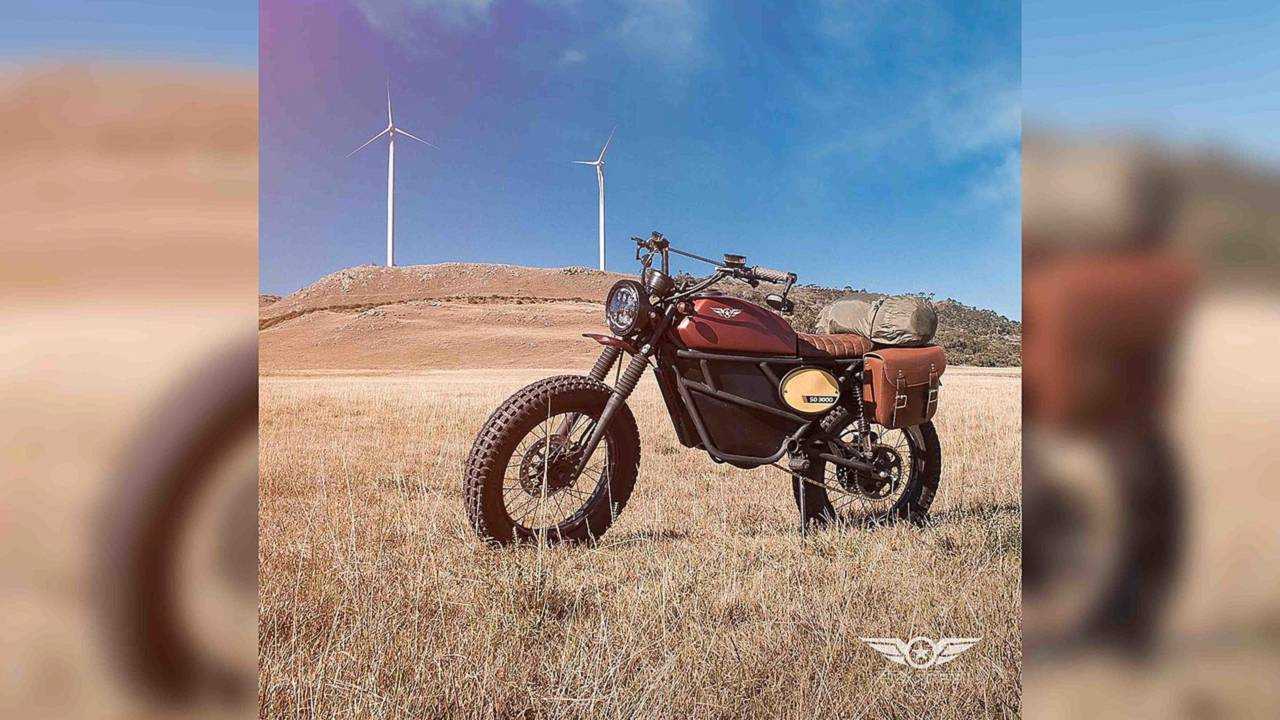 The electric revolution is on and e-bike companies are sprouting like weed both here and abroad. A flight of newborn businesses, mainly out of tech-hub California have been flooding the American market with their own take on the electric scooter and motorcycle. From modern and futuristic lines to hipster-ish retro designs, everyone has an opinion. That’s a good thing: it gives the consumer more options and the companies, the will to push the technology further. The latest addition to the market is Fly Free with its Smart lineup.

Retro is the new moder

Fly Free’s Smart family will have three members, one of which has already been revealed: the Smart Desert. It’s probably one of the coolest-looking, scrambler-inspired electric motorcycles out there at the moment. With its Captain America-looking logo, flat saddle, off-road tires, narrow wheelbase, exposed skeleton, and single headlight, the Smart Desert looks the part.

You don’t like the matte rusty red color scheme? No problema, amigo: the Smart Desert is fully customizable. There are up to 80 different combinations of colors and accessories for a perfectly personalized electric scrambler. Though it’s hard to do any cooler than those leather saddlebags.

Under the rugged 60s looks is all the fancy 2018 technology. The Smart Desert is fitted with a removable battery that makes it super easy to charge wherever you go. The bike has two settings: one with a 50-mile range that allows the Desert to reach 40 miles per hour and a second one that doubles the range to 100 miles with a top speed of 50 miles per hour.

The three ride modes, Eco, City, and Speed will allow the rider to choose the level of energy used during the commute. The Smart Desert will also have a smart key and connect with a smartphone app.

The other two models will be called Smart Classic and Smart Old and are expected to launch shortly. The company will also launch a crowdfunding campaign, so at the present time, pricing and details have yet to be announced. With 100 miles of range and a perfect retro styling, it’s hard at this point not to get onboard the e-bike bandwagon.

8 Photos
++
Got a tip for us? Email: tips@rideapart.com