Paris Harley-Davidson Needs Your Help to Set a World Record

As of late, there’s been quite a few bike makers keen on leaving their mark by setting records of all sorts. Many of these records have something to do with speed because motorcycles, however, some companies are taking a different path to Guinness-glory. Not happy with the brand’s worldwide celebrations of its anniversary, one of Harley-Davidson’s dealer is now eyeing a record for the biggest Harley parade. Harlistas, start your engines! 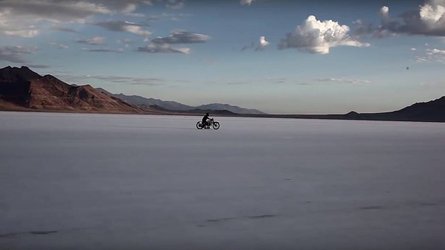 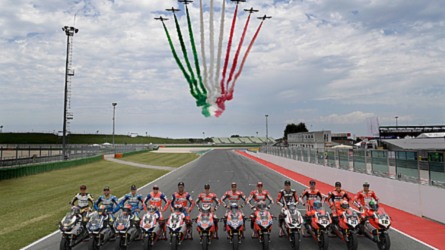 Paris Harley-Davidson, located in Paris, Texas, is looking to make some history. The dealer will challenge the eight-year-old record for biggest H-D parade set by Greece’s Hellas Motorcycle Club in 2010. At the time, 2,404 Harleys had gathered and Paris H-D hopes to bust this number.

The parade dubbed “Bring It Home” will leave Paris Harley-Davidson at 2 pm on Saturday, September 15 and make its way to the Choctaw Casino in Grant, Oklahoma, a 20-mile trip along highway 271.

The procession will be led by Adam Sandoval, a well-known Harlista who four years ago started on his ScootinAmerica mission that will take him to all Harley-Davidson dealers in the continental US. It took him two years to complete the trip, alongside his riding buddy, Scooter Trash the dog.

Sandoval has also been involved with multiple charities and the Bring It Home ride won’t be any different. Tickets to participate in the parade are $15 per motorcycle and all the money will be donated to the Combat Veterans Motorcycle Association. A target of $45,000 has been set, which would amount to roughly 3,000 riders gathered.

Riders of all walks of life and motorcycles of all brands are welcome to join in the parade though for legitimacy purposes, only the H-D will be taken into consideration for the record.

If you were looking for a good reason—and a good cause—to ride, head out to Paris, Texas this upcoming weekend and participate in the Bring It Home parade. You might even meet Scooter Trash which in itself is a good enough reason in my book.

By: Sabrina Giacomini
Published by: RideApart Staff
++
++
Got a tip for us? Email: tips@rideapart.com