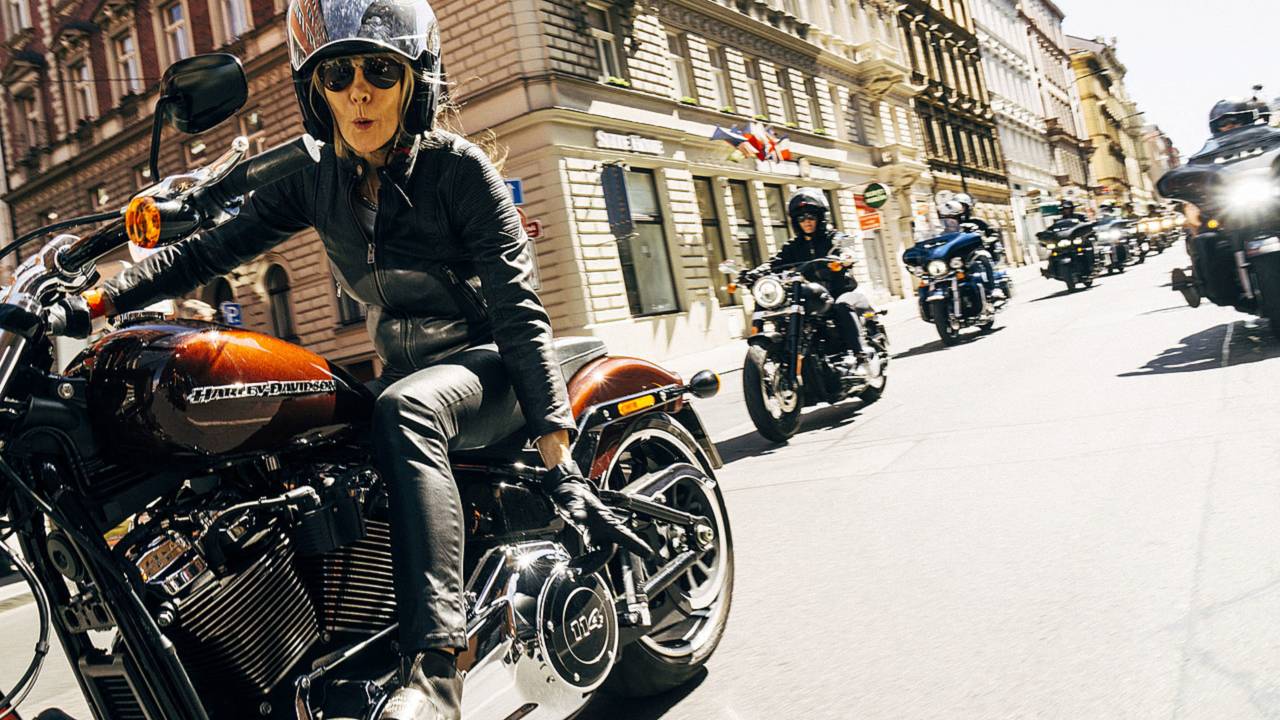 Harley-Davidson 115th celebrations continue and this time, Prague is host to thousands of riders from around the world, meeting to show H-D some love.

In the midst of the tariff drama, the world is showing Harley-Davidson some love with a massive celebration that took place in one of Europe's most beautiful cities

The celebrations for Harley-Davidson's 115th Anniversary aren't happening in the U.S. only. The entire world is showing the brand some love. This past weekend, the party was in Prague, Czech Republic, and Harlistas from all over the world attended.

The population of Prague saw momentary spike as the city with a reputation for its gothic and medieval architecture hosted Harley-Davidson's 115th Anniversary celebrations until Sunday. Swarms of thousands of riders from 77 countries took to the cobblestone streets for the event in a clash of the 13th and 20th Centuries. The local H-D dealership has rented bikes to attendees coming from as far as Australia—including three Americans visiting from Milwaukee.

A HARLEY WITHOUT AN ENGINE: Harley-Davidson Brings Back Bikes to Celebrate Anniversary

The event was kickstarted by none other than Mik Jagger and his Rolling Stones for opening night on Wednesday, followed by a rally. Other weekend activities included H.O.G. Village hosted at the local Hard Rock Café, biker games with an agility course, an H-D bike show, as well as a lineup of over 40 local and international music bands to liven things up.

Some of the activities targeted a younger audience—a reflection of the brand's attempts at getting younger riders on its bikes. Skateparks, martial arts, and motocross are some of the events that will hopefully attract people from outside the usual H-D age range.

All the Harleys! Tens of thousands of H-D enthusiasts are expected over the weekend in Prague.

The city's 800-year old walls were vibrating to the sound of the music and of the engines. The question most of us have is: why Prague, tho'?

Did you know that the Czech capital is home to the oldest Harley-Davidson club in the world? Despite history getting in the way, the club celebrates 90 years of often secret gatherings.  Plus, Prague is one of the most beautiful cities in Europe and is easily accessible. What more do we need to justify the location? And if the crowd gets too loud, riders have the option of taking their ride outside of the city to enjoy the quiet of the countryside. There is no wrong way to celebrate Harley-Davidson's milestone.

Anybody can reach the handlebar?

I see your H-D and raise you a Royal Flush.

I wanna rock! Doesn't this feel like you were there?

Harleys as far as the eye can see.

Halloween 101: they say makeup is better than masks for visibility.

Seriously, what was even life before drones?