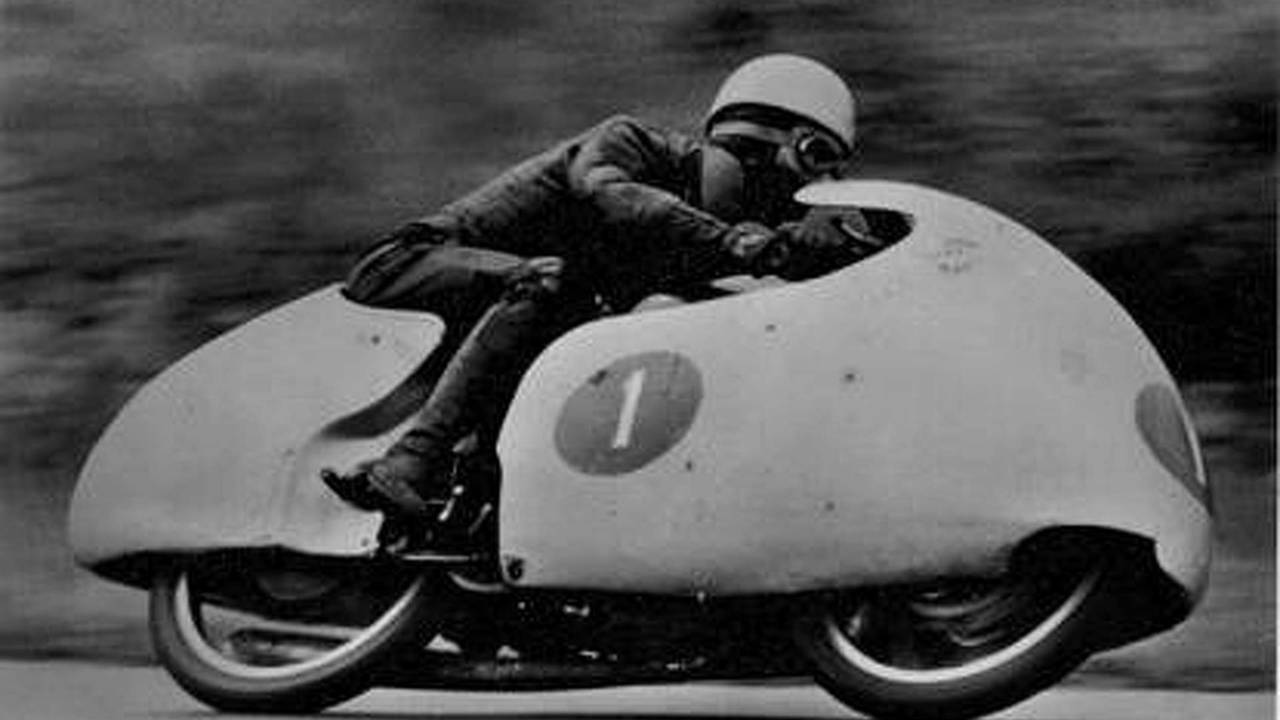 In 1957 dustbin fairings were banned from road racing, now some people think it's a good idea to bring them back- They are seriously mistaken.Editor's note: Michael Czysz is the man behind When the best racers in the world arrive at a track with winds in the 15-25+mph range a modified fairing can be fitted to their bike. This fairing has less surface area, often a...

In 1957 dustbin fairings were banned from road racing, now some people think it's a good idea to bring them back- They are seriously mistaken.

Editor's note: Michael Czysz is the man behind

When the best racers in the world arrive at a track with winds in the 15-25+mph range a modified fairing can be fitted to their bike. This fairing has less surface area, often achieved by drilling a series of holes in it. The holes reduce the overall area and help balance the Delta P (pressure drop) across the fairing caused by a side wind. This pressure differential creates a very noticeable force on the motorcycle sucking the fairing into the low pressure area opposite the direction of wind.

Remember motorcycles turn by leaning and modern motorcycles turn/lean very easily. Take a modern motorcycle and add a large side area or fairing to it and it will be subjected to forces beyond the rider's control. Stretch that fairing fore and aft the wheels and you have now increased the leverage of that force and effect. Add additional height and now the fairing is subject to even higher wind speeds that have an even greater lever to lean and pull the motorcycle. More freighting, the rider can only overcome the unwanted change in direction by turning the motorcycle towards its new trajectory as to counter the lean initiated by the wind. This is a very counter intuitive maneuver that takes additional time and real estate most racers do not have.

Cigars and Toothpicks
Even straight line instability can be the experienced (no need for side winds) if the motorcycles center of pressure is too far forward ahead of the Cg which is typical to dustbin style fairings (with no tail). There is a great simple explanation of this in the "Worlds Fastest Indian" (highly recommended). The instability caused by this miscalculation is even an issue at Bonneville where riders only go straight, have miles of course and can't even find anything to hit. If Bonneville was 24' wide and lined with stone walls streamlining would be banned- and so it should be at the IOM.

Electric racing is still racing
There is a place for streamlining. Our joint venture with Bajaj has identified aerodynamics as a project priority and one of the best methods to achieving greater efficiency and range in our project. The original C1 spent time in CFD and actual wind tunnel testing, by no means am I opposed to improved aerodynamics. As efficiency is such a component to electric racing it is easy to see why someone may think this is a good idea but I am certain this same person has no modern day racing experience.

Personally I have ridden at pace at, Willow Springs, Las Vegas and Miller Motorsports; tracks that get periodic winds. I have been blown of track several times, sometimes from a tailwind at the end of the straight, other times at corner exit. I can personally attest that in every case the bike would have been more out of control if it had a larger fairing- suicidal with a dustbin.
I hope the other manufactures and team owners will stand with me and personally elect not to race the IOM with the antiquated dustbin fairings. As our rider Mark Miller recently said: It's war out there, this is not some college HPV project."