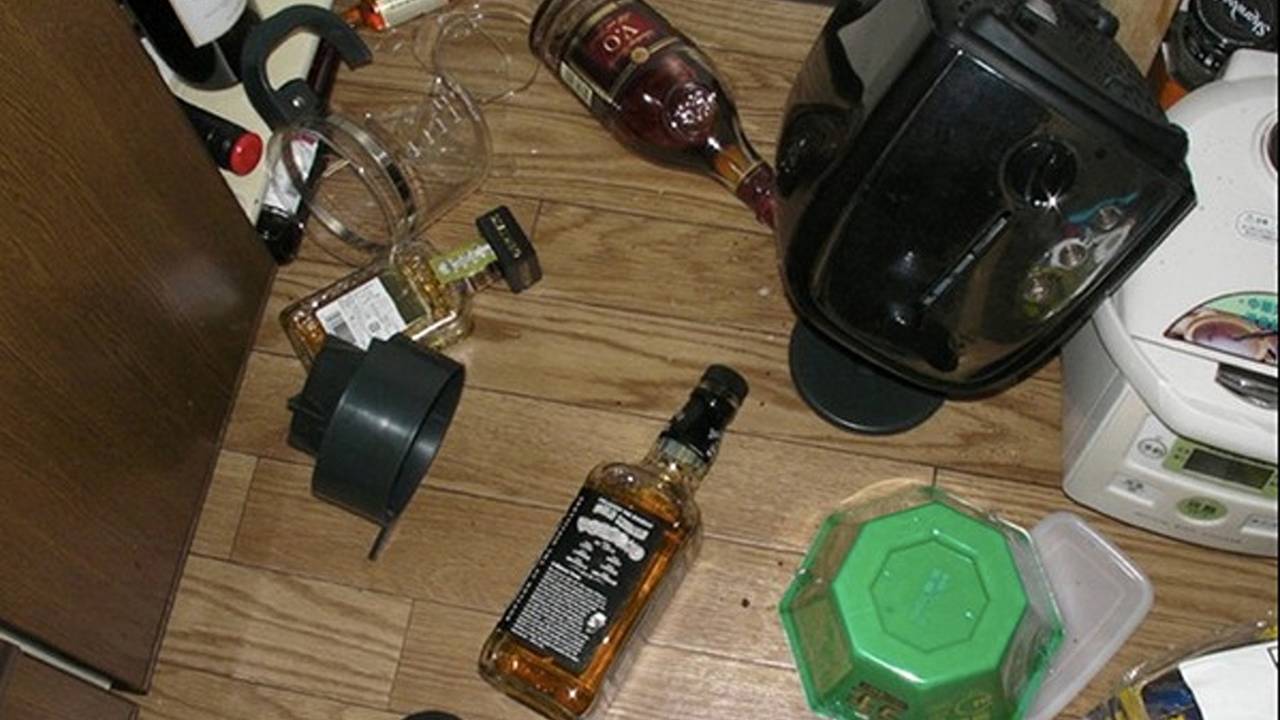 Earlier today, Japan suffered an 8.9 magnitude earthquake. Our friend Jason Fullington was sitting at his desk at AFG Moto in Tokyo when it hit. Here's his story. — Ed. 2:46pm JP time it hit! When it started I thought it was just another tremor like we have frequently here. But it got strong and stronger. I was at my desk at the office just whipping through a few order rips for Icon Moto. My mo...

Earlier today, Japan suffered an 8.9 magnitude earthquake. Our friend Jason Fullington was sitting at his desk at AFG Moto in Tokyo when it hit. Here's his story. — Ed.

2:46pm JP time it hit! When it started I thought it was just another tremor like we have frequently here. But it got strong and stronger. I was at my desk at the office just whipping through a few order rips for Icon Moto. My monitor would have fallen off the desk had I not grabbed it (it's a 40 inch TV monitor). This shaker kept building in strength, I have never felt one like this in 9+ years of living in Japan. I yelled to my staff, “GET OUT OF THE BUILDING NOW!” We all darted to the parking lot. And it was still shaking about 30 seconds into it! You could see the ground rolling, my van was literally jumping off the ground, car sirens blaring, telephone and electric poles waving violently.

I thought, “Is this fucking real?!” I looked around us and people from other businesses, houses, apartments.....everyone was outside with the same look of disbelief in their eyes.

The ground calmed. We had a good laugh and thought damn that was a good one! You see, Japan is prepared (to an extent) for quakes, they are common here. Tremors and quakes are normal on a day to day basis. But this, today, it was different! This will live in my mind like the events of Sept 11th, 2001. I will always know what I was doing and where I was at 2:46PM on March 11th, 2011!

We collected ourselves and went back in the building to find a few things on the floor and displays tipped over. I am a partner and VP of a motorcycle company in Tokyo called AFG Moto. Everything in our office is moto! I picked up everything no big deal. Then a few minutes later another one!!!!! Almost as violent. Same thing GET OUT!!! This time I immediately grabbed my phone to call my wife who was at the nearby Saigai National Disaster Hospital in Tachikawa with my son and daughter (son there for a respiratory issue). BEEP BEEP BEEP No service on the kaitai aka cell phone.... “Damn you Softbank,” I thought! Japan's Iphone service provider, so I asked my staff for their phone...NO SERVICE. Tried the land line back in the shop no service....crap ok this is not the normal quakes we have here!

I had faith that my fam was fine hell they were in the best place they could be for an emergency, just wanted to let them know I was fine.

So now we head back in, I made the smart ass remark "I hope there aren't any tsunamis from this.” 2 days prior we had a 6.0 shaker that caused a small 10cm tidal wave. I thought this would be more of the same. But I got on the web and checked a local tokyo live stream of news (NHK) and they started showing images that will be permanently etched into my mind.  Huge wave causing massive destruction all along the northern coast! Not just a few beach side homes or roads, these waves went in over 5kms from the shoreline! They shredded everything.

So I started tweeting from the first shake and thought I would do a play by play as I saw it on Twitter and Facebook.....little did I know I would end up going on with updates now for about 9 hours.

We were having aftershocks a plenty...it seemed like it never ended form one to the next! Japan agencies have now recorded over 100 aftershocks, some up to 7 in magnitude! I was freaking out a bit now and I had to get back to my family. As soon as I hit the road, I realized this is not going to be easy! The roads were jammed up! Wish I could ride! (A severe accident in the summer is still preventing me from saddling a moto at the present time). The hospital only 13 KMS away....it took me a bit over an hour to arrive. Keep in mind this Hospital literally translates to National Disaster Hospital in Japanese, Saigai Medical Center. As I arrived you could see the place in action. People everywhere readying for the onslaught of certain casualties of the tremendous disaster.

Next to the hospital there is an airfield for the Japanese self defense forces and emergency personnel. I could see them staging several helos. I got up to my son's room! They were happy to see me. A few hugs and we calmed to have a look at what was occurring on TV. My wife and I immediately had tears rolling down our cheeks. This beautiful country that I have grown to love and its people have just been slammed with quite possibly one of the world’s worst earthquakes and ensuing tsunamis.  Info just pouring in, images strait out of Hollywood flicks like 2012! I was in shock. I gazed out of the 6 floor window for a few seconds and then another seriously violent aftershock. It's never ending! Is Japan going to fall off into the pacific?!

Then I saw lights in the sky...several at that. Here come the helos lining up at the hospital’s two landing pads to drop off casualties of the disaster.  Closest to us, a school roof collapsed on kids at school in Kokubunji Tokyo, a parking structure and ramp located on top of a COSTCO in Machida collapsed, fires are burning uncontrollably on Tokyo harbor's man made island Odaiba. There’s much more. And this is Tokyo, 230KMS away from the epicenter! Northern Japan has been rocked. The whole country is affected. This will take a long time to clean up and heal from. The government is saying around 60 dead currently, that number will dramatically increase unfortunately, it is certain.

Hundreds of thousands are stranded at the train stations! All trains are halted. Hell, one whole train is missing in Sendai.

Before I left the office you could see the line up of diverted US airliners from Narita into Yokota at the military base...they received over 20 I later found out from my boy on the yard.

There is a nearby convenience store — of course in Japan there is a convenience store on every corner — so I go in to get some food for my family and I and to my amazement the shelfs are already wiped clean! I run down the road to another 7-11, same thing! Ok we have to settle for bags of junk food and coffee. No water, no bentos, no real food left. I'm sure it will be back to normal tomorrow. I hope.

Back to watching the horror on the TV cause every channel is the same you can't get any other shows now! So its news or TV off, then all you hear is the nurses and doctors talking in the hall about what they are seeing on the TVs.

There is a forum here called Gaijin Riders (foreigner riders)that I'm a member of. Immediately members posting up offering to help each other. Helluva group of guys!

And as I type this for my friends at HFL at 1230pm on march 12th in Tokyo Japan, watching my daughter sleep in the living near with her Icon Siren Helmet next to her in case for when the next big one hits and I think to myself maybe when I wake up in the morning this will all just be a bad dream.

You can help by donating to the Japanese Red Cross.