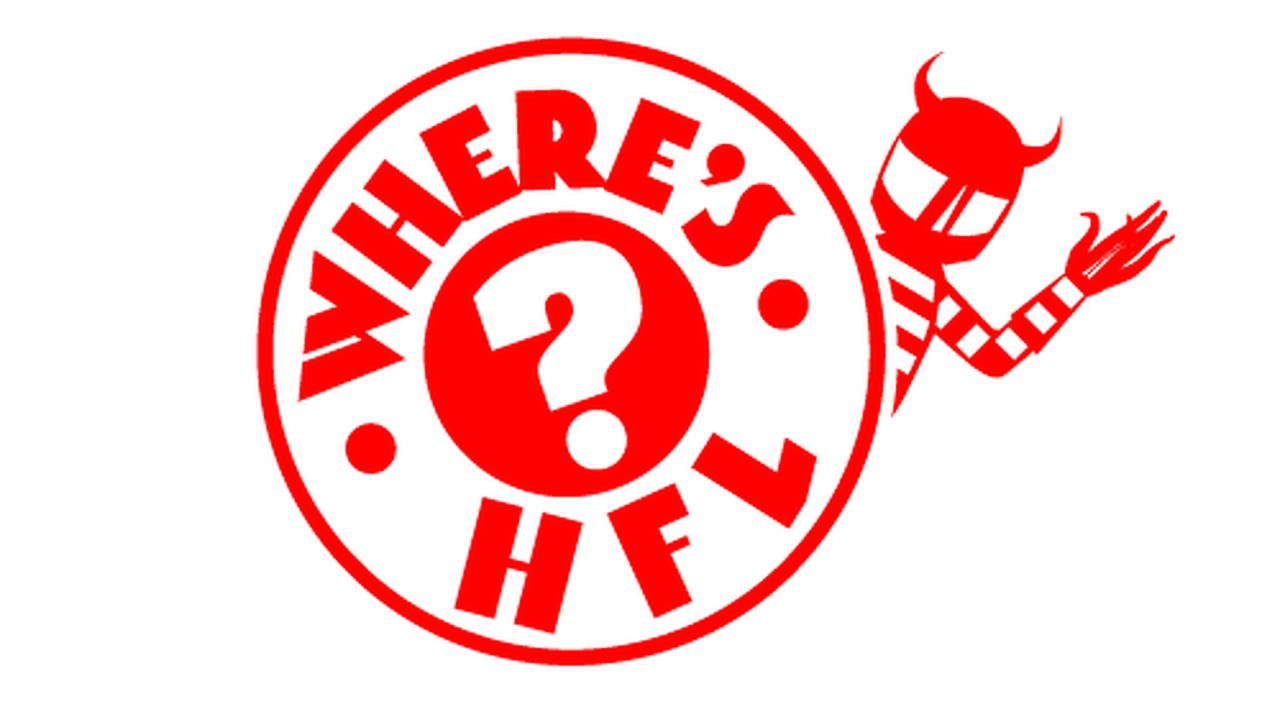 You may have noticed that, for the last couple of days, we’ve been hiding small versions of our sheep skull logo in some of our photographs. We were doing that because we wanted to create a fun game for our readers. Because just about every other motorcycle publication on the Internet rips its content directly from HFL, these logos were scattered far and wide and now you can win fabulous prizes ...

You may have noticed that, for the last couple of days, we’ve been hiding small versions of our sheep skull logo in some of our photographs. We were doing that because we wanted to create a fun game for our readers. Because just about every other motorcycle publication on the Internet rips its content directly from HFL, these logos were scattered far and wide and now you can win fabulous prizes if you find them!

Update: we have a winner!

Update 2: Ultimate Motorcycling AND Motorcycle.com have joined in the fun!

Update (cont'd): we have a winner in the contest, but we'll leave it open indefinitely. Anyone first to find an HFL watermark outside of the examples listed below will also win a set of stickers. That's the first for each new example of another publication ripping us off.

This works just like Where’s Waldo? Scour the images in the gallery below and note the precise location of each HFL logo. Put your answers in comments and the first person to name them all correctly wins their choice of either a Bell Moto-8 or Bell Custom 500 helmet in size Large plus (and this is the real prize) a set of limited edition HFL stickers! Comments are time stamped, so the earliest one with the complete list of HFL logo locations wins. There’s 32 photos in the gallery, you need to list the location of the HFL logo in each.

That sticker set will include one of these "Where's HFL?" stickers, as well as one of our sheep skull logo.

While you’re playing, let’s take a look at each of the publications that’s ripped us off in the last few days. We’ve only included publications who did so without specifically citing Hell For Leather as their source.

Oh they of the speculative URL purchasing in the early '90s. All other web publishers look upon Motorcycle.com and weep! A couple weeks back, when all that ZX-10R hullabaloo was going on, Kawasaki told us that we weren't nearly as important as Motorcycle.com and never would be! But, manufacturer favoritism hasn't stopped them from turning to HFL for their content!

Formerly called Robb Report, Ultimate brags about having the highest web traffic of any print motorcycle magazine in the US, but their record traffic is less than half that of an average month on HFL! Ultimate Copying is a late addition to our little game, but just like the print magazine mantra, better late than never!

One of the largest car publications in the world, we were a bit worried that we’d be unable to include a hidden HFL logo on its pages since we’d previously reached out to several members of their staff, who happen to be friends of ours, to ask them to stop ripping us off. Luckily, that didn’t do any good. Adding to the good fortune, it appears as if Autoblog also “borrowed” our numbers for its article. See where it says the Honda CBR250R has 17lb/ft of torque and the Ninja 250 16? Kawasaki’s official number is actually 16.23 and Honda’s is 16.80, within 6/10ths of a single digit to each other. We did some creative rounding which skewed the numbers in the Honda’s favored and Autoblog copied that too!

We never realized we had such a large following in Scandinavia. Luckily, thanks to a tip from Ivar (who’s Norwegian), we realized it would be possible to extend this game as far as Sweden! Alltom is Sweden’s largest motorcycle magazine and, it turns out, that nearly all of their web content is re-purposed straight from HFL!

Not wanting to let Sweden dominate this game all by itself, the plucky Norwegians at Bikeport.no also devote a significant portion of their web content to material creatively copied from HFL. Hvor er HFL?!

Man, we get around. The guys at CMG are our buddies too and, like Autoblog, should know better, but that doesn’t stop them from pulling their pictures straight off our site!

We’re not sure where Inline Performance is from, but they sure love them some HFL content! Nearly all of their news comes from here, but can you find the HFL logo on this shot of the Tuono?!

Ok, this one’s a little easy, but it should get you started. Luxist is a blog about expensive things that gets its content for free. Five-finger discount!

A cease and desist from our big, scary lawyer didn’t keep MBike out of the game, like Inline Performance they appear to be a scraper blog specifically devoted to copying us! How flattering! We especially like it when they whore for traffic on Reddit using our content!

Man, we hope our popularity in Scandinavia translates to hot blondes, everyone there loves our content! Ivar tells us his fellow countrymen are the right-wing bike publication in the land of fjords.

Another site we were worried wouldn’t be able to play the game since we have a good working relationship with them and MCN’s senior editor, Guy Procter, actually placed second in the Scar Off! Britain’s biggest bike publication must have really wanted to enter what was then our secret contest, because we actually emailed them non-watermarked versions of these shots, but they still chose to take HFL logo versions without linking anyways!

Visordown likes to make fun of us for not being boring and badly written, but looks like the jokes on them this time!

Last but not least is this Hell For Leather fan site! We say “fan site” because we can only  assume that trying as hard as AsRub does to fill its entire site with content that attempts to mimic our voice, story selection and style must be some kind of misguided tribute! We’d be more flattered if it wasn’t such a poor imitation! We actually came up with this contest just to play with AsRub and needn’t have worried that they wouldn’t want to play, just about everything they do comes from here!

We’re sure there’s plenty more hidden HFL logos out there. Anyone finding one hidden on a site not mentioned above and that doesn’t cite us as the source for their article will win limited-edition Hell For Leather stickers too! Just post a link and screen cap in comments!

For a time, we considered running this as a serious article highlighting the laziness and lack of respect for their readers that copying content from Hell For Leather suggests in the offending publications. That we were able to do this with press shots, which are freely available from manufacturers to any journalist, and not original photography, just underscores that laziness; instead of going to the original source, all the above publications came to us. Perhaps more worrying are the repercussions that this blatant imitation has for the quality of journalism at the above publications. Sure, Hell For Leather goes to great lengths to ensure that our premium content is factual, but if these publications are copying us, could they also be copying from sources that aren’t so good? If these publications would at least cite their sources then their readers could be directed to original content. Repeating is not reporting.

But, we figured a game would be more fun. So this is your chance to prove that you're more observant than a motorcycle "journalist." Where's HFL?