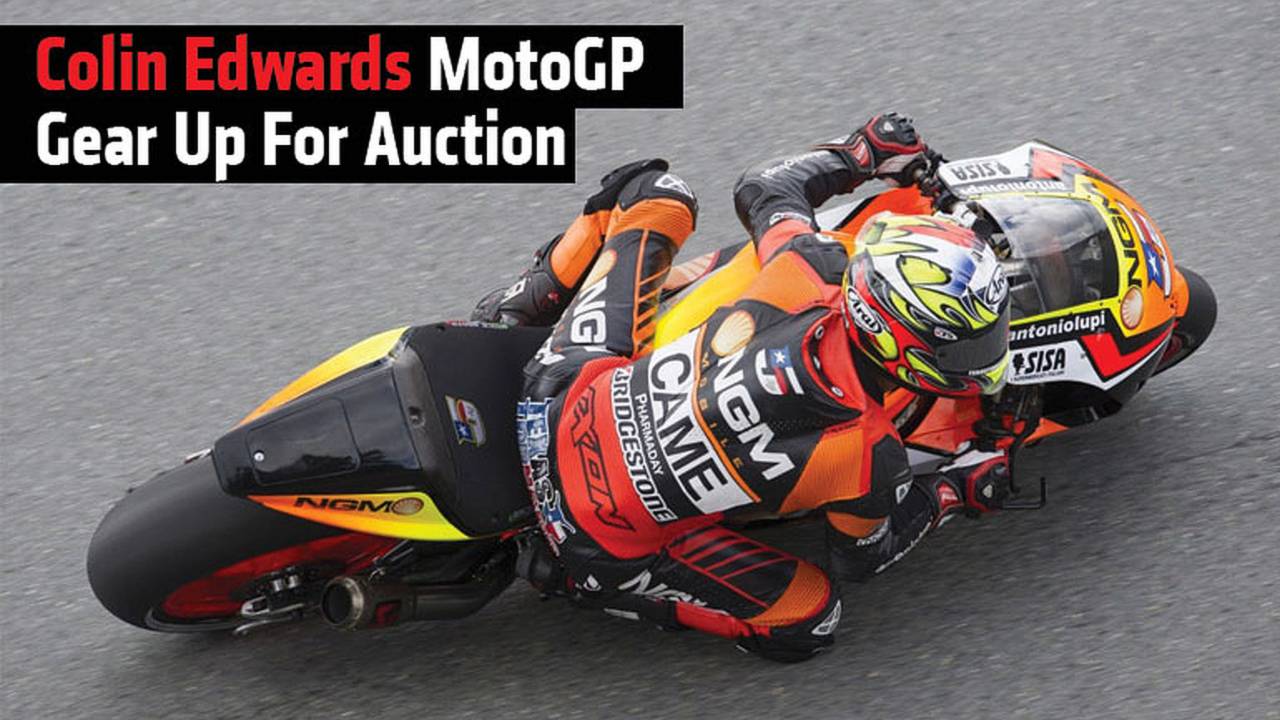 Colin Edwards says farewell to American fans at the USGP. A lucky bidder has the opportunity to win his gear and enjoy his final goodbye on stage at Indy.

Yamaha is offering a unique opportunity to bid on a historic set of road racing leathers, boots, gloves, and helmet as worn by NGM Forward Racing star Colin Edwards during this, his final season in MotoGP. Proceeds from the auction will benefit the Feed the Children, which is Yamaha Motor Corporation's official corporate charity.

“As most people know, this is Colin’s final year in MotoGP, and the upcoming Red Bull Indianapolis Grand Prix will be the ‘Texas Tornado’s’ final MotoGP race in the U.S. So, this set of racing gear is extra-special, and we’re grateful to Colin for donating it to benefit Feed the Children,” commented Bob Starr, General Manager of National Communications for Yamaha Motor Corporation, U.S.A. “Colin has continued to give back to both his fans and to Yamaha over his nearly 25 years of road racing, and we could not be more proud to have him as part of the Yamaha family.”

In addition to Colin’s racing gear, the winning bidder will receive a pair of weekend three-day general admission passes, including paddock access, to the Red Bull Indianapolis Grand Prix, August 8-10 at Indianapolis Motor Speedway, along with hotel accommodations for the entire race weekend (Friday and Saturday night).

Colin will be live on the center stage at the Red Bull U.S.G.P. in Indianapolis Saturday evening, August 9 from 5:30 to 6:00 PM CST, and he’ll have his T-shirt cannon primed and ready for the fans, as other riders will be there to bid him farewell. So, if you happen to be attending the U.S.G.P you might not want to miss it!

As an added bonus, the winning bidder of the auction will be invited up on stage that Saturday evening where Colin will present his personally autographed racing gear to the lucky fan who wins the auction. Pretty sweet honor to share with the legendary American rider as he says good bye to his fans.

The auction is live on eBay beginning today and will continue through this Friday, August 1.