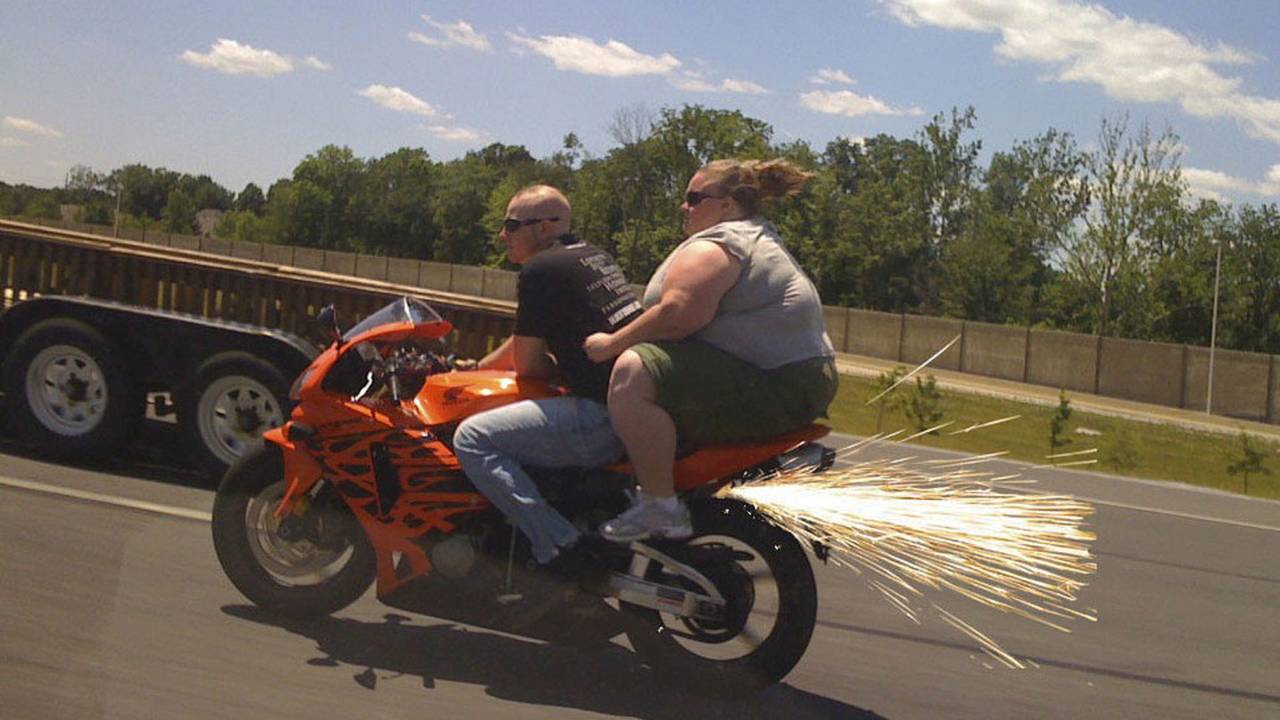 A bill just passed by the Texas state house of representatives seeks to give “sport bikes” a definition separate from all other motorcycles and impose unique restrictions on them. The legislation comes in response to the death of Texas A&M student Malorie Bullock, who was killed while riding pillion. So just how does the Lone Star State define a sport bike? HB No. 2470 reads: “Sport bike

A bill just passed by the Texas state house of representatives seeks to give “sport bikes” a definition separate from all other motorcycles and impose unique restrictions on them. The legislation comes in response to the death of Texas A&M student Malorie Bullock, who was killed while riding pillion. So just how does the Lone Star State define a sport bike?

A) that is optimized for speed, acceleration, braking, and maneuverability on paved roads;

B) that has a lightweight frame;

C) on which the operator leans forward over the gas tank during operation; and

D) that is not a touring, cruising, standard, or dual-sport motorcycle."

As you can see, that’s not only extremely vague, but it also casts a wide net. Will it include popular and practical learner fodder like the Kawasaki Ninja 250 and Honda CBR250R? The Motorcycle Industry Council thinks so.

In response, the MIC stated, “There are small displacement (250 cc) motorcycles that, because of the vague and subjective criteria proposed, would be included in the definition of “sport bike” that are as appropriate, or more so, for novice riders than certain other larger displacement motorcycles that create much more horsepower yet would not fall under the “sport bike” definition and therefore not have restrictions placed on them.”

The point of all this seems to be the assumption that riding pillion on a “sport bike” is more dangerous than doing so on any other type of motorcycle. Whether that’s because of their performance, the demographics of their riders and their predilection to dangerous behaviour, or all three, is unclear.

If the state Senate passes “Malorie’s Law,” it will become more difficult for sport bikes to carry passengers. In fact, riders of sport bikes will only be able to carry passengers if they’re over 18, have held their license for more than two years or are carrying a passenger who’s over 18 and has a motorcycle license.

Initially, this sort of thing seems like common sense. Laws are already in place in many states regulating the ability of learner and new car drivers to carry passengers and even the times of day in which they can do so. It seems a reasonable precaution to require new riders to gain some experience before carrying passengers. The problems here are the vague definition of “sport bike” and the separation of that class of motorcycle into a separate legal category.

But even while it inadvertently sweeps up many bikes, the law doesn’t necessarily accomplish its presumed purpose of separating high performance motorcycles. The BMW K1600GT is a “touring” motorcycle, yet has 160bhp and can easily exceed 150mph. A Ducati Diavel would likely be categorized under “touring” or “cruising,” yet it’s one of the fastest accelerating bikes currently on sale.

Added to those two problems, the legislation singles out “sport bikes” as the sole source of danger to pillions. I’ve hurt myself as effectively on 250cc dual sports as I have on 1,200cc superbikes. Physics don’t seem to care how many tribal graphics your motorcycle has when it runs into a tree.

There’s also the question of setting a legal precedent for discrimination against “sport bikes” and their riders. If the senate passes this law, “sport bikes” will have a separate definition under Texas law to other motorcycles, opening them up to further regulation. Could the minimum age for their riders be increased? Could the period in which you must hold a license before you can operate one be set? Could they be banned all together? See above for the reasons why doing this for motorcycles vaguely defined as a “sport bike” could be a problem. Could riding a “sport bike” become probable cause for a stop and search?

Having said all that, we understand the thinking behind this law and sympathize with it. There’s a bunch of jackasses out there doing stupid shit on motorcycles and exposing their passengers to undue risk as a result. But the solution to that problem isn’t necessarily different from the solution to motorcycle safety in general: training, training, training. Riding a motorcycle is hard. New riders don’t necessarily understand how hard it is. Currently our fine country only pays a passing nod to formalized training. Even the non-mandatory MSF classes aren’t enough to equip a rider with the skills to operate a motorcycle in modern traffic. What we need is a formalized, regulated, comprehensive training program. One that doesn’t just equip riders with skills, but also the fundamental knowledge to make the right decisions. Anecdotally, any rider I’ve spoken to who’s not equipped with decent safety gear has cited a lack of knowledge as to its benefits as the reason they don’t wear it. Why aren’t we teaching them the reasons?

Sadly, we know the answer to that question: training is hard. Much harder than writing a crappy definition of “sport bike” and passing a half-assed law that will have no impact on safety, instead simply creating more red tape and hassle that will prevent new riders from taking up motorcycling. Why isn’t someone making that argument to lawmakers on our behalf? Why don’t we have a voluntary training program worthy of the name? Why wasn’t Malorie’s boyfriend equipped with the skills to operate his motorcycle safely? If he had been, would this legislation have been written?