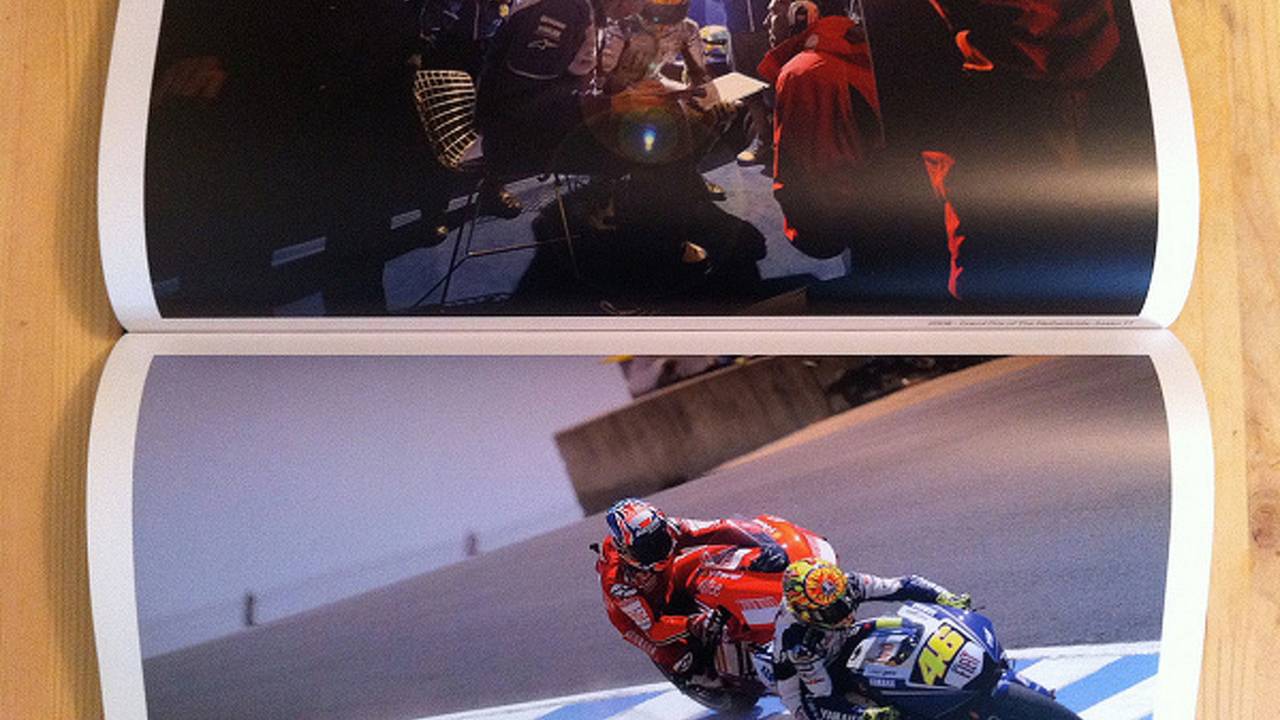 A visual walk through Rossi’s successes and failures in MotoGP

Produced in extremely limited numbers and never made available for commercial sale, “It’s Been A Great Race” was commissioned by Yamaha to celebrate Valentino Rossi’s six extraordinary seasons with the company.

Update: the book's been won.

Composed entirely of photographs shot by legendary Italian motorcycle photographer Gigi Soldano, the book is a visual walk through Rossi’s successes and failures in MotoGP between 2004 and 2010.

This is where we’d typically tell you the photos are an intimate look at the real, behind-the-scenes Rossi, but shots of him outside of a race paddock or doing anything that doesn’t involve the M1 are curiously absent. Rather than feeling like an omission, the breadth of racing, talking about racing, getting ready to go racing and celebrating having raced photos instead suggests that the seven-time world champion doesn’t really exist in any other form. As such, this is likely as accurate a portrait as we’re ever likely to see.

Soldano has captured critical moments in Rossi’s career including his collision with Jorge Lorenzo at Motegi, his struggle with the M1 during that difficult first season, his epic pass on Stoner through the dirt at the Corkscrew and the ecstasy of winning multiple world championships. Unlike typical super high-contrast, frozen-time motorcycle action photos, Soldano paints a more characterful picture of Rossi’s time on top.

It speaks volumes of Yamaha’s corporate character that they produced such a tribute after Rossi announced he was leaving the team for Ducati. This is a class act.

The number of copies made of this book isn’t clear, but there are very few. Unless you’re affiliated with their race team or they’re a fan of what you do, then you’re not likely to ever acquire one. Unless you’re an HFL reader. We’ll send our copy to the next HFL subscriber to tip us on a news story that we end up running.