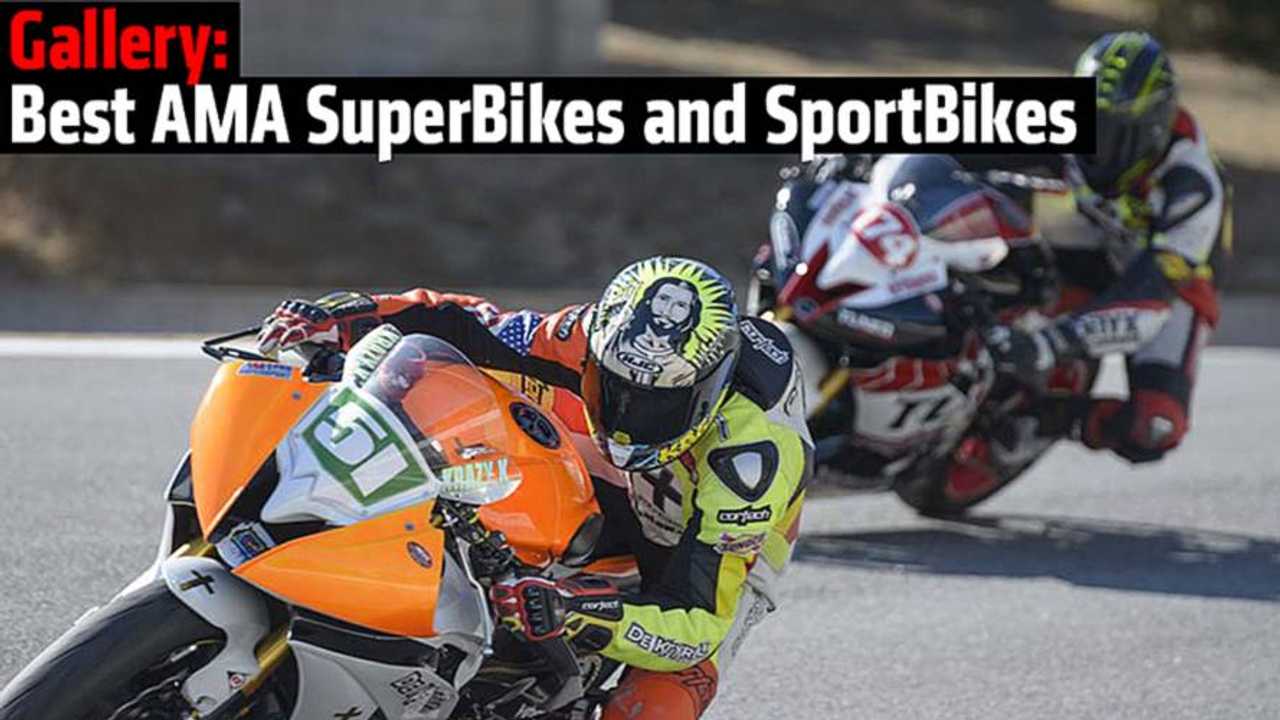 Don’t let the size of the engines fool you. The high-revving 599cc four cylinder bikes (675cc for the triples) that make up the AMA Daytona SportBike grid are piloted by some of the most aggressive, athletic and calculated riders in the sport. The Laguna Seca recreational park was echoing with the screams of precision-built middleweight machines tearing around the track at 16,000 RPM. Fortunately, RideApart photographer Ryan Skut and Editor-at-Large Bruce Speedman were granted exclusive access to document the action beyond the fence.

Tomas Puerta (#12) drops down the corkscrew through the crisp morning air.

AMA Daytona SportBike race winner Jake Lewis (#85) hanging off his Motosport.com / Meen Yahama YZF-R6 transitioning between turns 8 and 8a of the corkscrew.

Andre Ochs (#146) came into turn 8 a bit too hot on his Yamaha YZF-R6, losing the front end. As pictured, he was back on his feet before he or the bike came to a stop.

AMA Daytona SportBike pack heading down the corkscrew with Tomas Puerta (#12) on the RoadRace Factory Red Bull Yamaha YZF-R6 out front and Bryce Price (#174) pulling up the rear on his Tuned Industries Yamaha YZF-R6 machine.

Continue: See the Best of the AMA SuperBike Race

Step aside middleweights; it’s time to let the big dogs eat. Some of the top riders in the country aboard some of the most powerful and capable production sportbikes in the world take on the legendary Mazda Laguna Seca Raceway in the AMA SuperBike class. Japanese in-line fours, American twins and Italian V-fours were just a few of the massive powerplant formats that comprised the paddock over the weekend. The raw power delivered by these machines is tough to capture when exhibited at such high rates of acceleration and speed but we wanted to share our top shots below. *Minimal hearing loss was experienced during the acquisition of these images.

Sebastiao Ferreira (#73) pushing the Porter Racing Kawasaki ZX-10R deep into the revs while attempting to manage the front wheel.