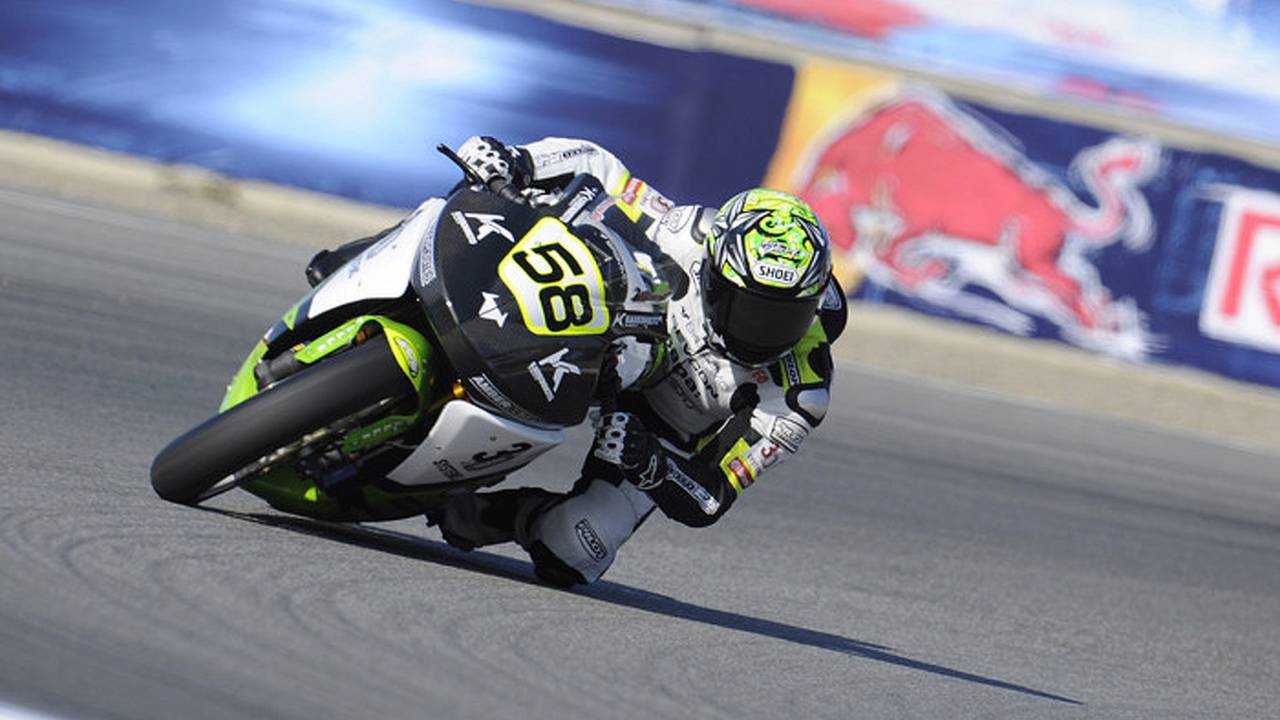 It’s about to get a lot easier to go electric motorcycle racing.

Electric motorcycle manufacturer Brammo has signed a deal to provide race-ready rides for the TTXGP electric racing series for the 2013 season. The bike will be a souped-up version of the Empulse that Brammo says we’ll see within months.

The deal comes at a critical time for electric motorcycle racing. Although the sport has come a long way since the inaugural TTXGP on the Isle of Man in 2009, it needs new blood to continue growing. Eleven riders competed in Sunday’s race at Mazda Raceway Laguna Seca before the Red Bull U.S. Grand Prix, but most of the teams in the series are manufacturers like Mission Motors, well-heeled enthusiasts like Michael Czysz or garage teams running DIY machines. Brammo could help attract new competitors by lowering the bar to entry.

“The idea is to have a competitive bike that people can afford,” said Brammo boss Craig Bramscher. “The idea is to get more bikes on the grid. We want to support electric racing any way we can.”

“We’re still working out specifics, but it will include everything you need to go racing,” Bramscher said. That includes entry fees for the 2013 season, according to the TTXGP.

Hussain stressed that the TTXGP will not be a spec series where everyone must ride a Brammo. The partnership is meant to make it easier to go racing, not push other manufacturers or DIY racers off the track.

“Our hope is that other manufacturers will jump in,” Hussain said. “We want to see others build bikes for this. We’re not interested in a one-make series.”

The race bikes will be based on the Brammo Empulse that Brammo announced one year ago. Bramscher said the company has received 1,000 orders but production was delayed by his decision to incorporate the six-speed transmission Brammo developed for its new line of dirt bikes.

“It was a packaging issue,” Bramscher said of the need to go back to the drawing board. The Empulse was designed with direct drive between the motor and rear wheel. “With the gearbox, the motor is a different size, a different width.”

The Empulse will feature components from the likes of Brembo and Marzocchi. Brammo planned to offer buyers the choice of a six, eight or 10 kilowatt-hour battery, but Bramscher says “99 percent” of orders specify the biggest pack, so the company may scrap the others.

That 10 kilowatt-hour pack is good for 100 miles, Bramscher said.

“That’s a real-world figure if you’re riding to maximize range,” he said. That means riding like a responsible adult. Ride like a racer and you’ll see something less than that.

“You can do 100 mph, but you’re not going to get 100 miles,” Bramscher said. Still, the pack will be plenty big enough for the TTXGP, which runs eight lap races covering 18.05 miles.

The Brammos most likely will compete in the Formula TTX75 class introduced this season. The class limit battery size to 7.5 kilowatt hours. The idea was to create an affordable alternative to the anything-goes GP class. Brammo may need to spec a different battery to suit the rules, or TTXGP will have to revise the regulations.

Bramscher says the company will compete in the GP class with the Empulse RR (pictured), the factory race bike ridden by Steve Atlas.

The deal marks a departure for Mavizen, which developed its own turn-key electric racer based on the KTM RC8 but will now focus on building, or modifying, powertrains for other teams and manufacturers.

“Just as AMG is to Mercedes-Benz, we want to be to electric motorsports,” Hussain said. “The emphasis will shift from complete vehicles to building powertrains — the motor, batteries and controllers.”

Republished with permission from Wired Autopia.